Nicholas Platek Gets 18-75 Years in Prison For Child Abuse 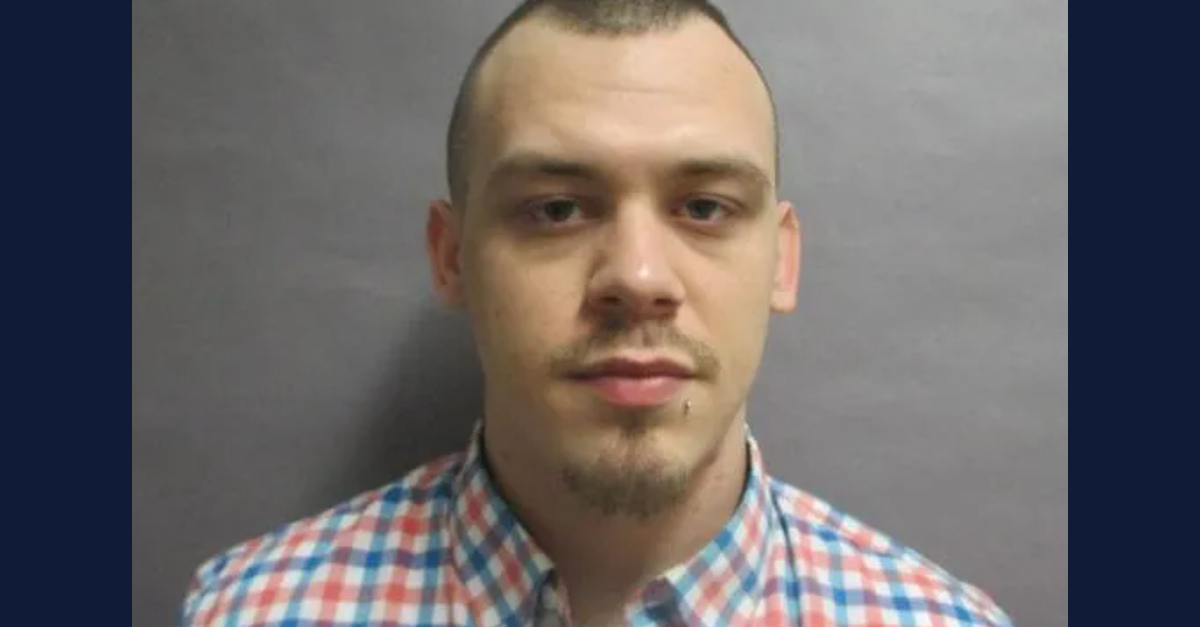 A Michigan man who unsuccessfully tried withdraw his no-contest plea to child abuse charges has been sentenced to up to 75 years in prison.

Nicholas Platek, 27, had pleaded no contest to first-degree child abuse as a third time habitual offender in March of this year. He was originally also charged with second-degree child abuse and drug possession. Those other charges were dropped as part of the plea deal.

On Monday, Platek was sentenced to 18-75 years in prison for the abuse of the infant daughter of Larken Russell.

The charges that landed Platek behind bars stem from several days of abuse in 2020 that left the one-year-old girl with numerous severe injuries. That child, who is now 3 years old, was rendered immobile, blind, and deaf, according to The Daily Reporter.

The first incident, authorities believe, occurred on Sept. 30, 2020. That day, the defendant said the fragile girl had been knocked down three flights of stairs by the family dog. Platek told Russell he noticed some bruising, but that the girl seemed otherwise okay after that alleged fall.

On Oct. 2, 2020, Russell noticed that her daughter had a swollen and puffy lip, additional bruises, and patches of red on her face. Platek, the mother recalled, had put the girl down for a nap just before those additional signs of abuse were discovered.

Three days after the nap incident, Platek called Russell to say something was wrong with the girl’s breathing. The mother rushed home to attend to her child and brought her to a ProMedica Hospital in Coldwater, Michigan. Russell would later tell investigators her daughter was breathing normally before she left for work that day.

Platek packed his things and fled the home when Russell took her daughter to the hospital, according to the Daily Reporter.

A months-long investigation would put the lie to Platek’s claims about the family dog and his apparent concern for the girl’s well-being.

The girl’s 7-year-old other brother reportedly witnessed some of the abuse meted out by Platek. His impressions of the violence were recorded in a series of forensic interviews with law enforcement.

“[H]e was watching Nick through the crack of the door when he observed him kick the victim in the face,” according to a police report obtained by the Daily Reporter at the time of the defendant’s arrest. “Nick threw the victim off of his mom’s bed to the ground … Nick then kicked the victim and slammed her on the bed to go to bed.”

The boy also said the girl’s burns were likely from the defendant because “Nick burned him and the victim with cigarettes and a torch,” according to that report.

After being treated at the initial hospital, the baby was transferred to Bronson Methodist Hospital in Kalamazoo, Michigan, later that same day. There, she was diagnosed by a child abuse specialist.

Dr. Sarah Brown wrote that the girl had abusive head trauma, severe traumatic brain injury, internal brain bleeding, and cerebral trauma, the paper reported. The victim was also found to be bleeding in both eyes, with a severe mouth injury and suffering from “multiple contusions to the forehead and temple, lung opacities most consistent with lung contusions, cardiac contusion, 7 mm open wound on left forearm and several open wounds on her ankles, and consistent with a burn injury.”

Platek was arrested in January 2021. On March 31, 2022, he pleaded no contest, which has the same effect as a guilty plea for purposes of sentencing but allows a defendant to avoid admitting guilt.

On Monday, by way of Branch County Chief Assistant Public Defender Chris Vreeland, the defendant attempted to withdraw his plea on the basis that he received ineffective assistance of counsel, that he spent 16 months in jail awaiting trial, and that a prosecutor in the case threatened to put him behind bars for life if the case went to trial.

The judge also said the defendant was made aware he was forfeiting certain rights and that if what he claimed as the basis for his plea withdrawal was true, then Platek committed perjury during his prior plea hearing, according to the Daily Reporter‘s Don Reid.

Branch County Prosecutor Zach Stempien, the one who was singled out by Platek, said his office considered multiple factors when offering the plea deal, “including the victim’s position, age of the case, strength of the case, potential sentence, youth of the eye witnesses, effect on the family involved having to testify and history of the defendant,” according to Grand Rapids, Mich. Fox affiliate WXMI.

“Considering the above, the Michigan Sentencing Guidelines, potential appealable issues with the delay in bringing this case to trial due to Covid-19, and the legal difficulties and emotional difficulties in waiting to bring this case to trial, this Office found that pleading as charged to the most serious crime with a recommended sentence of 18 years to life was an appropriate resolution of this case,” the prosecutor said, according to Coldwater, Michigan radio station WTVB.

According to the Daily Reporter, Platek was convicted of child abuse in 2010, when his two-year-old daughter was found playing with a syringe and cotton ball at his home. The girl tested positive for “morphine” in her blood; Platek admitted he was using heroin at the time, and he also pleaded guilty to possession of heroin.