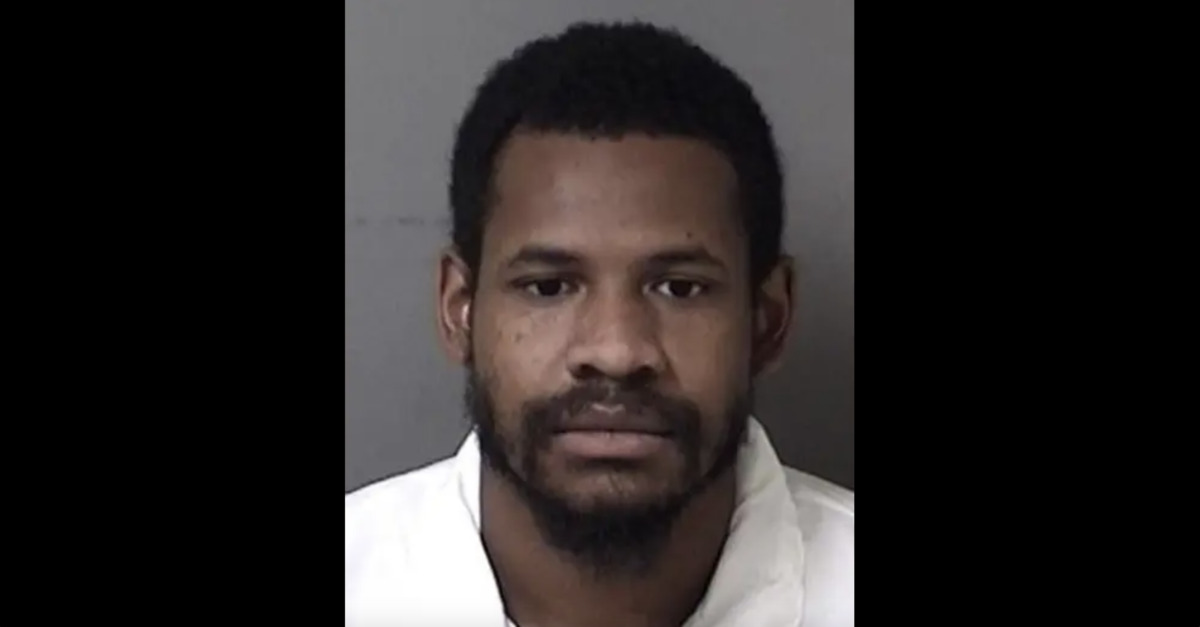 Maggie Millsap, 5, was held captive in her own home for two days while her recently murdered father’s corpse was still inside. She has since been rescued–after a neighbor heard the girl’s cries for help and fear of the “monster.”

According to local NBC affiliate WDIV, Colby Millsap was murdered in the doorway of his duplex in south Detroit in early June.

Maggie Millsap was presumably taken prisoner soon thereafter–local media said a next door neighbor was responsible, but county authorities say it’s a bit too soon to tell the whole story.

For now, Dangelo Cash Clemons, 30, stands accused of one count of kidnapping and child enticement and two related counts of assaulting, resisting or obstructing a police officer–one count allegedly premised on an injury to law enforcement, according to court records reviewed by Law&Crime.

“She goes, ‘Help me, help me please,’” Jones told local Fox affiliate WJBK late last week. “When the guy walks back up she says, ‘The monster is back,’ and then she closes the curtain.”

“Upon arrival, officers were notified that the child was being held captive in a residence in the 12100 block of Schaefer,” the Wayne County Prosecutor’s Office noted in a press release. “It is alleged that Defendant Clemons abducted the child from her home and fled to the residence next door. Aspects of the case remain under investigation and no further details are being released at this time.”

“She got in the window and said, ‘The monster is coming to get me,’” the girl’s godmother, Karla Reaves, told WDIV. “He needs to know that he hurt this little girl for the rest of her life.”

Karla Reaves and her own daughter, Darion Reaves, were also close with the Millsap family and are broken up about the impact the last month’s violence will have on the young girl’s future.

“Not only did he hurt her, he hurt us and anyone else who loved that little girl because now she doesn’t have anybody,” Darion Reaves said.

“I loved them, that little girl and her dad,” Karla Reaves told the outlet. “He made sure she did five math problems and read a book before we took her to the park. I love them so much.”

According to the Wayne County Prosecutor’s Office, no one has yet be charged over the death of the girl’s father and an inquiry is ongoing.

“A warrant package is being reviewed at this point,” a spokesperson for the Wayne County Prosecutor’s Office told Law&Crime–but noted that authorities are too early into that process for even a potential name to be shared in connection with the murder investigation.

“All allegations like these that confirm why we all do this challenging work,” Prosecutor Kym Worthy said. “We must protect our children by all lawful means necessary.”

The girl is currently being held in foster care. She reportedly has family in Texas but it is currently unclear where she will be permanently placed–but the girl did have some thoughts about what her life might hold after the horrific tragedy.

After being rescued, Maggie Millsap had the following exchange with a responding officer:

Maggie: Do you know what I want to be when I grow up?
Officer: What do you want to be?
Maggie: I want to be a policeman.
Officer: Oh really? That’s so awesome. They’re so much fun.
Maggie: Yeah.