Miami Teacher Arrested After Allegedly ‘Attempting to Sexually Engage’ a Student During Class. His Lawyer Says the Claim Is ‘Absolutely Absurd.’ 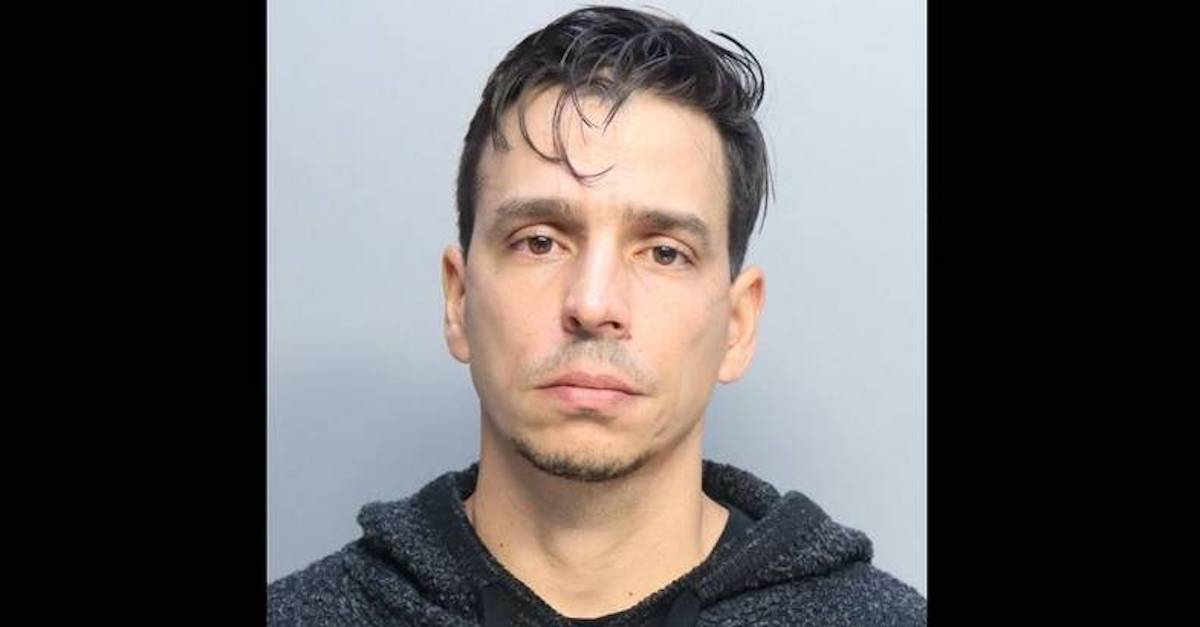 A 40-year-old teacher in Florida found himself behind bars this week after a female student accused him of inappropriate touching and “attempting to sexually engage her” during class.

Andy Barbosa-Morrell was taken into custody on Tuesday on charges of child abuse without great bodily harm and making offenses against a student by a figure of authority, the Miami Herald reported.

The allegations stem from interactions that occurred during a Friday Spanish class at Felix Varela Senior High School located in Miami-Dade County.

According to the report, the female student said the issue began with Barbosa-Morrell approaching her while she sat at her desk. Per the report, he allegedly “leaned down and caressed her right leg below her knee,” then asked if she was feeling alright. She reportedly told investigators that Barbosa-Morrell was smiling and staring as he stood over her, making her feel “creeped out.” Barbosa-Morrell only broke off his gaze after the student asked him why he was staring at her, the probable cause affidavit reportedly said.

A few minutes later, the student said she was at her desk with her head down on her folded arms when Barbosa-Morrell allegedly approached and grabbed her by the hair then “jerked her head up and back.” He then reportedly “placed his lips on the victim’s ear and whispered softly, ‘No hable,’” which means “don’t talk” in Spanish, before “forcefully” pushing her head forward.

When the class ended, Barbosa-Morrell allegedly kept pressing the student.

“No Hug? Give me a kiss,” he allegedly said in Spanish as the students were exiting the classroom.

The student told investigators that she thought Barbosa-Morrell was “attempting to sexually engage her,” the affidavit reported said.

Miami-Dade County Public Schools released a statement saying it was “deeply troubled” by the allegations levied against Barbosa-Morrell, who has worked in the district since 2017 without incident.

“As soon as the claims surfaced, the employee was immediately removed from the school setting. Conduct such as the one he is accused of will not be tolerated,” the statement read. “As such, the District will initiate employment termination proceedings, and will ensure the individual is precluded from seeking future employment with the District.”

Police reportedly interviewed several of the female student’s classmates, who corroborated the alleged victim’s account of what transpired during the Spanish class. When investigators questioned Barbosa-Morrell about his interactions with the student, however, he reportedly said that he “did not remember the incident, but never denied it occurring.”

In a statement to the Herald, Barbosa-Morrell’s attorney Orlando Rodriguez said the notion that his client would make “sexual advances” towards one of his students in front of dozens of classmates was “absolutely absurd.”

“Mr. Barbosa merely tried to wake a student who was sleeping in his classroom,” the statement reportedly said. “He tapped her shin (she was wearing long pants) in efforts to wake her. Neither did Mr. Barbosa pull her hair or make any of the statements alleged in the affidavit.”

The lawyer, reportedly calling the allegations “baseless and exaggerated,” said that his client is “a committed teacher, and a loving husband and father.”