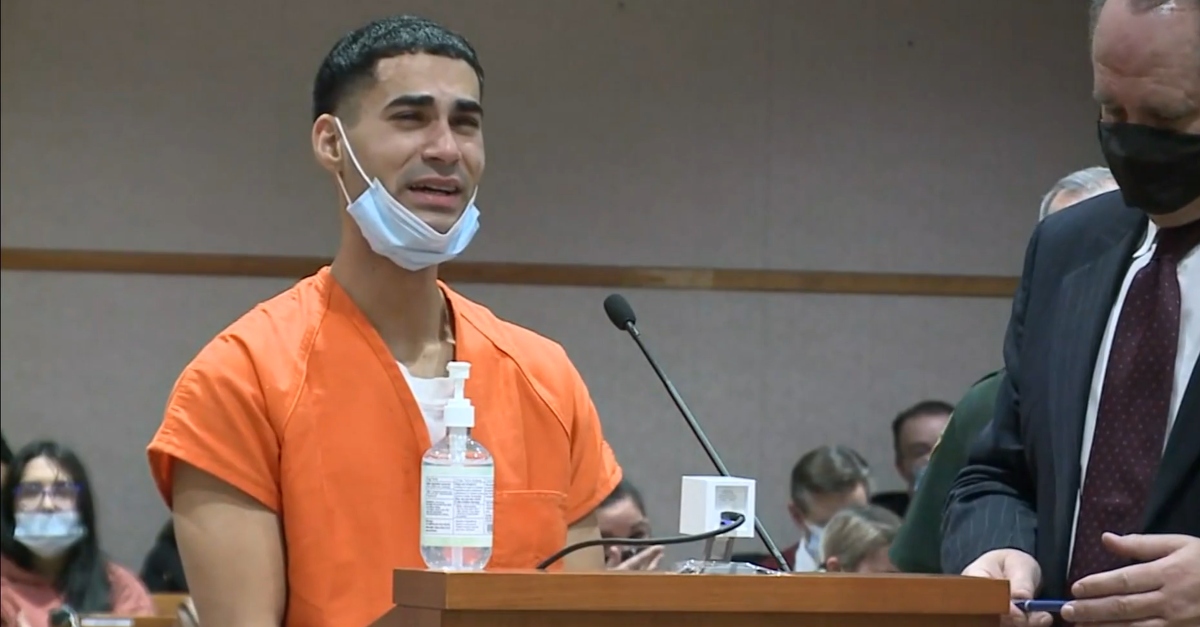 The prosecutor’s office that secured the conviction of a truck driver who killed four people in a crash is now asking the court to “reconsider” his 110-year prison sentence.

As of right now, 26-year-old Rogel Lazaro Aguilera-Mederos is sentenced to die in prison for ramming into traffic, killing Miguel Angel Lamas Arellano, 24, William Bailey, 67, Doyle Harrison, 61, and Stanley Politano, 69. The lengthy punishment had sparked widespread criticism from those who said that tragedy was not intentional but was an accident resulting from the trucker’s brakes failing.

“Colorado law required the imposition of the sentence in this case, the law also permits the Court to reconsider its sentence in an exceptional case involving unusual and extenuating circumstances,” Alexis King, District Attorney for the First Judicial District in Colorado, wrote in a filing dated Friday. “The People brought this option to the Court’s attention at the initial sentencing. C.R.S. 18-1.3-406(1)(a) permits this review after the receipt of a report on the Defendant’s diagnosis and evaluation. Now that the Defendant has been sentenced, the People again request the Court set a hearing as soon as practicable upon the receipt of the report. Consistent with the People and the Court’s obligation under the Victim Rights Amendment, the People have begun conferring with the victims in this case to obtain and consider their input in advance of the Court’s hearing and notify them of the date determined by the Court. The People intend to file supplemental information prior to the hearing.”

Even Judge Bruce Jones voiced mixed feelings during the sentencing hearing last week, saying that he would have given a lighter sentence had he the option under the law. Aguilera-Mederos nonetheless had to take responsibility for what happened on Interstate 70 in Lakewood, Colorado, on April 25, 2019.

“I accept and respect what the defendant has said about his lack of intent to hurt people, but he made a series of terrible decisions, reckless decisions,” he said, according to KCNC.

Prosecutors said that Agiulera-Mederos failed to take the runaway ramp when his brakes failed. Six other people were also injured. The crash involved four semis and 24 cars. One driver even recorded the frightening moment the truck sped by.

Family members delivered heart-wrenching statements in court about losing their loved one.

“He was taken away from me in an instant by the actions of a selfish person,” Juanita Bailey said from her wheelchair about losing son William Bailey.

“My mother’s life has been turned upside down,” the brother of Miguel Angel Lamas Arellano said through a Spanish-language translator.

“It’s been difficult. Sometimes it feels like being half a person,” Kathleen Harrison said.

Aguilera-Mederos said he has repeatedly asked God why they and not he died in the crash.

“Why did I survive that accident?” he said.