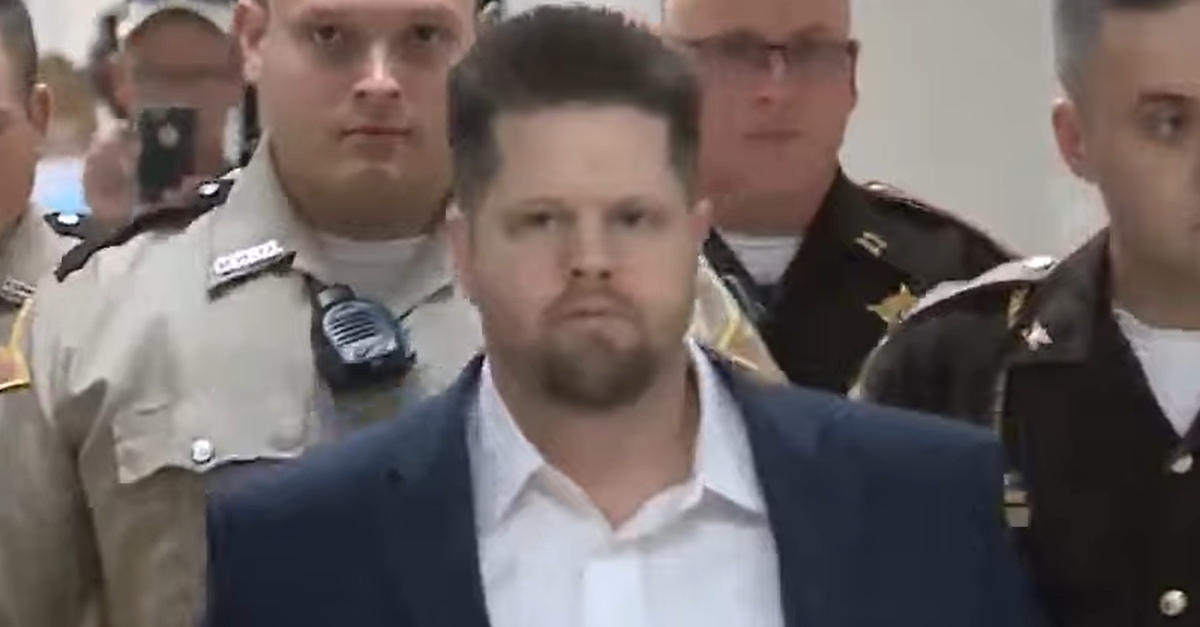 It might seem like deja vu in the case of Joseph Oberhansley, 39. The defendant, who allegedly murdered his ex-girlfriend Tammy Jo Blanton, 46, and ate her organs in 2014, was found competent for trial on Tuesday. Jury selection in his new trial is set for September 8 in Allen County, Indiana, according to The News and Tribune.

This isn’t the first time he’d been found competent, or even went to trial. His mental state was a recurring complication in the process, intermittently found competent and incompetent. For example, in 2017, his defense wrote that the defendant believed they were working for the devil, according to The Courier-Journal.

Oberhansley’s first time facing a jury ended in a mistrial last August. A state’s witness alluded to the defendant’s criminal history and drug use. For example, it wasn’t specified in court, but the defendant previously spent a 12-year stint in a Utah prison for manslaughter because—while he was jealous and high on meth—he shot and killed his girlfriend Sabrina Elder, and shot his mother (who later forgave him).

His sister grabbed his and Elder’s infant son. Oberhansley shot at them, but missed. Then he shot himself in the head. He pleaded guilty down from a murder charge. His family was reluctant to take the stand, prosecutors said.

In his first trial over Blanton’s death, Oberhansley’s defense asserted that their client’s mental state was a major factor. Lawyer Bart Betteau cited horrifying details of the murder, saying that jurors would hear that Oberhansley believed Blanton was going to kill him and that she could hear his thoughts.

“Think about the process and say to yourself, is this someone who’s thinking right?” he said, according to The Courier-Journal. “His thought was that someone was after him.”

That said, they couldn’t mount an insanity defense: They lost their ability to do so in return for the state declining to seek the death penalty. The attorneys had actually wanted to put up an insanity defense, but Oberhansley previously filed a motion to withdraw it. He denied living with a mental illness.