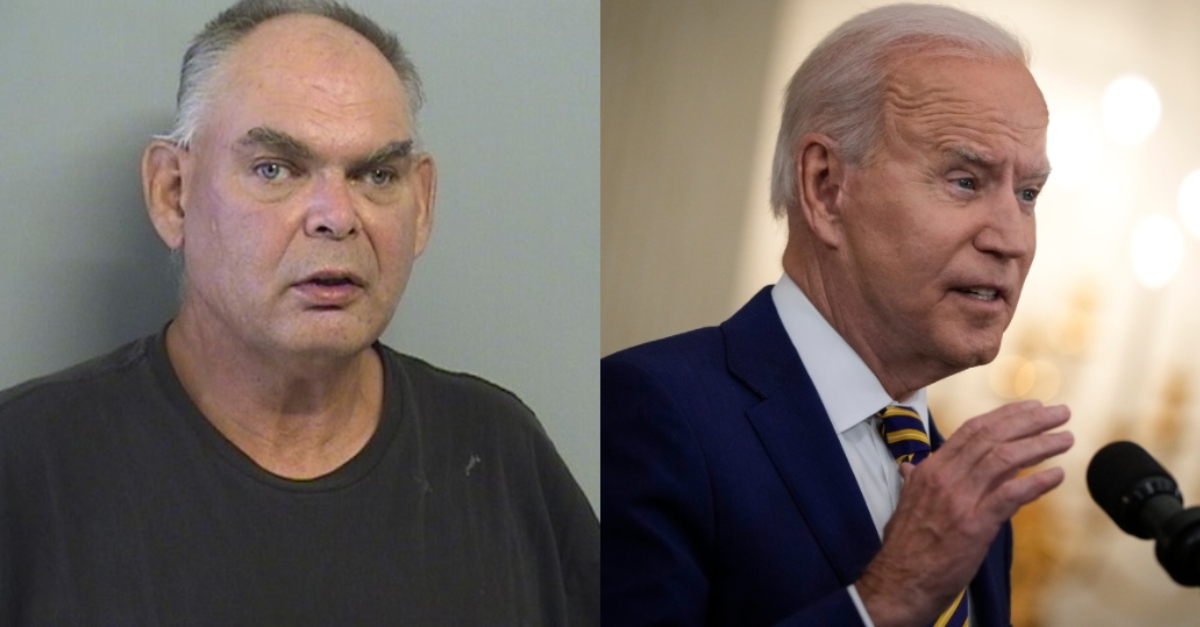 A man allegedly threatened to kill President Joe Biden and members of Congress, and demanded money. John Jacobs Ahrens, 58, was arrested Friday and held at the Tulsa County Jail in Oklahoma for a count of threats against the president, online records show.

According to federal investigators, they were contacted by an executive producer of CBS-affiliate KOTV. The station received threatening emails from Ahrens, they said.

“Please go to my Facebook page and read what I sent to the men of the United States Congress,” Ahrens allegedly wrote in an email dated May 10 of this year. “They have less than 48 hours to hand over my money or their children will start dying all over the country.” He also allegedly wrote, “I’m going to kill their children using the same law as the Government used to force our families on to the Trail of Tears.”

He did not name those members of Congress, investigators said. But as described in the criminal complaint, Ahrens named Biden and engaged in some visceral insults.

“I just sent a[n] ultimatum to the White House,” he allegedly wrote in an email dated June 10. “They will hand the child molesting dog Joseph Biden over for Judicial Proceedings. Otherwise, America is going to get to see a sitting President get his head blown off right in front of them. Check your sources. A kill contract went out on one Joseph Biden, President of the United States of America. I’m the one that put it there and if he doesn’t submit to the law, America is going to watch him die right in front of them.”

In a June 17 message addressed to Congress, Ahrens allegedly set a June 21 deadline to hand over a check to “the State of Oklahoma, the Muscogee Nation and my family in accordance with a signed agreement as set forth in the Treaty of 1866.”

KOTV acknowledged their link to the case in their coverage of the arrest, saying they reported the emails to the Federal Bureau of Investigation. A spokesman for the outlet’s parent company Griffin Communications told Law&Crime they were not ready to issue a statement on the matter.

Ahrens has no attorney of record. He remains at the Tulsa County Jail as of Tuesday.