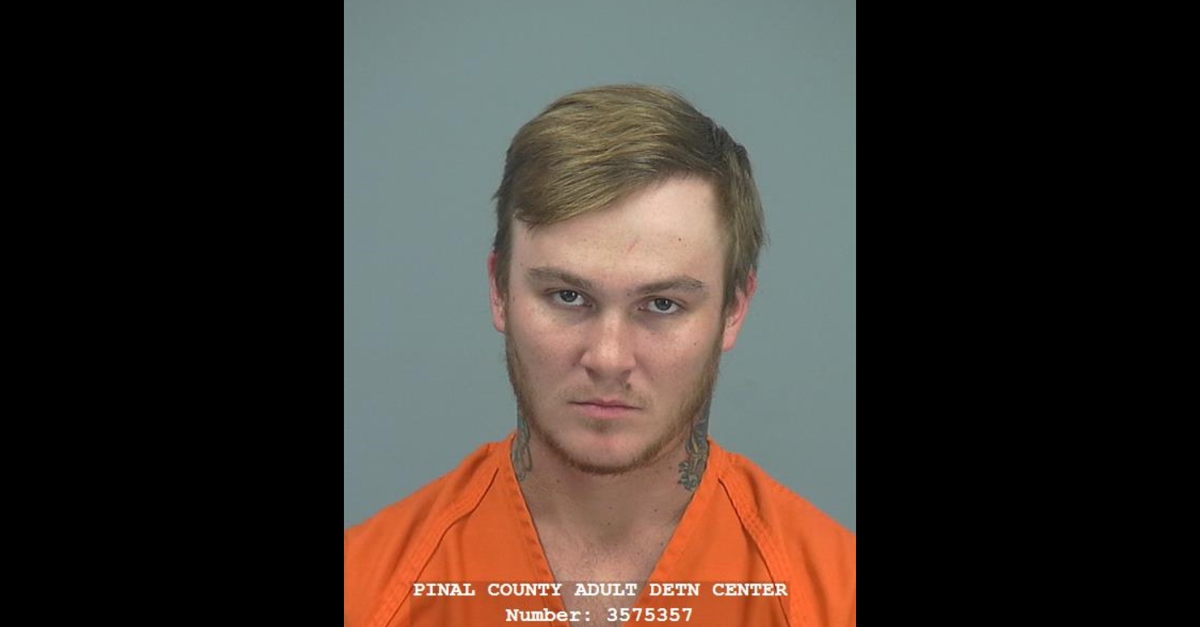 An Arizona man is charged with sexually assaulting a young girl and giving her a sexually transmitted disease.  The child victim was the daughter of the defendant’s roommate, officials have alleged.

Jacob Michael Sullivan, 26, faces three counts of sexual conduct with a minor over the incident, according to the Pinal County Sheriff’s Office and to local court records.  Though court records list an Avondale address for the defendant, some reports say that he lives in San Tan Valley.

According to the sheriff’s office, an urgent care clinic in the Town of Queen Creek contacted them on Nov. 14 when the 6-year-old tested positive.

“During the investigation, the child disclosed her father’s roommate, 26-year-old Jacob Sullivan, had sexually assaulted her,” deputies said.

Authorities secured an arrest warrant on Monday and took the defendant into custody on Tuesday in north Peoria. Deputies said Sullivan initially faced a $100,000 bond in the case involving the six-year-old as well as $3,343 in an unrelated matter, but records show a judge withheld bond on Wednesday.  The other matter was said to involve a warrant from the Copper Corridor Justice Court in Superior.

The defendant is being held in the Pinal County Jail.  Another court hearing is scheduled for Tuesday to discuss bond.

“Getting this sexual predator off the streets was our number one priority,” Sheriff Mark Lamb said. “I am pleased with our Detectives for making quick work of this suspect. I pray that the victim in this case finds comfort and healing. We stand with her and all victims of abuse. We are here for you.”