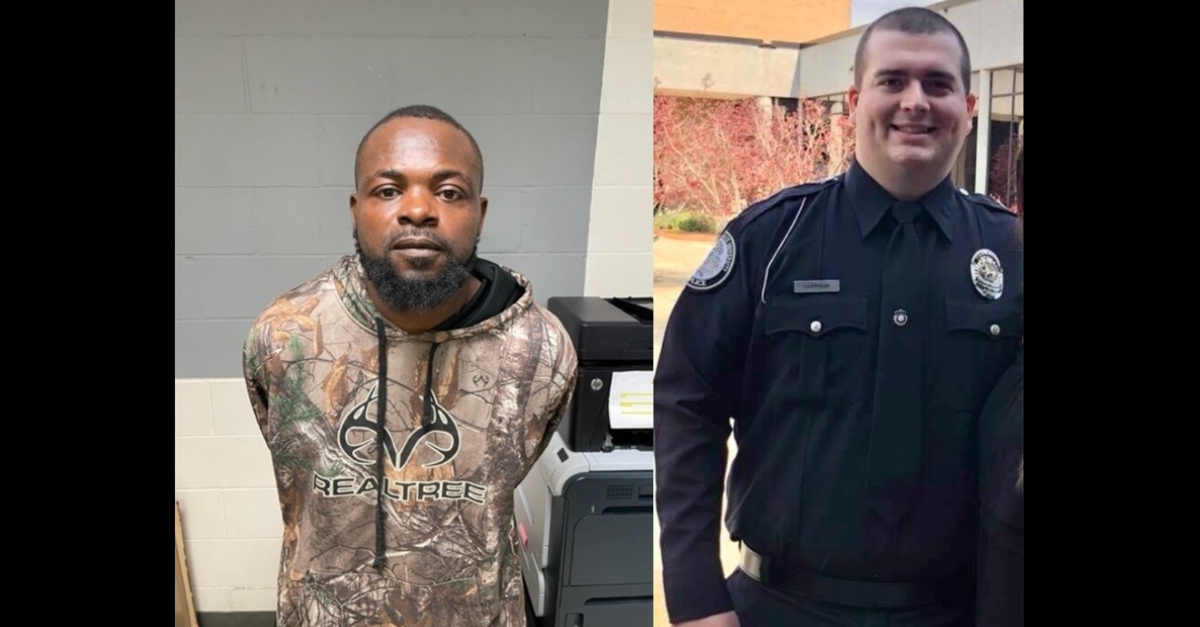 Authorities announced the arrest of a man who allegedly killed a Georgia police officer. State SWAT officers captured Damien Anthony Ferguson, 43, according to the Georgia Department of Public Safety on Sunday. It happened less than a mile from where he gunned down Alamo Police Officer Dylan Harrison, 26, authorities said.

This afternoon, less than 1 mile from where Alamo Police Officer Dylan Harrison was murdered, the SOG SWAT took Damien Ferguson into custody without incident. Intel provided by the @GBI_GA & @USMarshalsHQ was instrumental in capturing Ferguson. #gatrooper #DPSSWAT #gsp pic.twitter.com/Vr8B7moK1a

Ferguson fatally shot Harrison outside the Alamo Police Department on Saturday around 1 a.m., said Georgia Bureau of Investigation spokeswoman Natalie Ammons in a press conference. The 26-year-old officer was in law enforcement since 2018 and had worked as part of the drug task force in Oconee County, she said. Harrison was on his first part-time shift with Alamo PD, she said.

“We are deeply saddened to hear of the loss of Alamo Police Department’s Officer killed in the line of duty early this morning,” the Department of Public Safety tweeted Saturday morning. “We send our thoughts and prayers to the Officer’s family, blood and blue.”

Autopsy was pending as of Saturday. He is survived by his wife and a six-month-old baby, identified in reports as son Brody Cash Harrison.

Harrison’s mother-in-law remembered him as dedicated to service.

“He was super nice to everybody, give you the shirt off his back no matter what,” Lisa Milks said, according to WXIA. “He was always professional.”

Harrison and his wife Heather had been texting before the shooting, Milks said.