Joseph Elledge Faces Up to 28 Years for Murdering Mengqi Ji

Man Faces Up to 28 Years in Prison After Murdering His Wife, Making ‘Unbelievably Dumb’ Decision to Bury Her Body 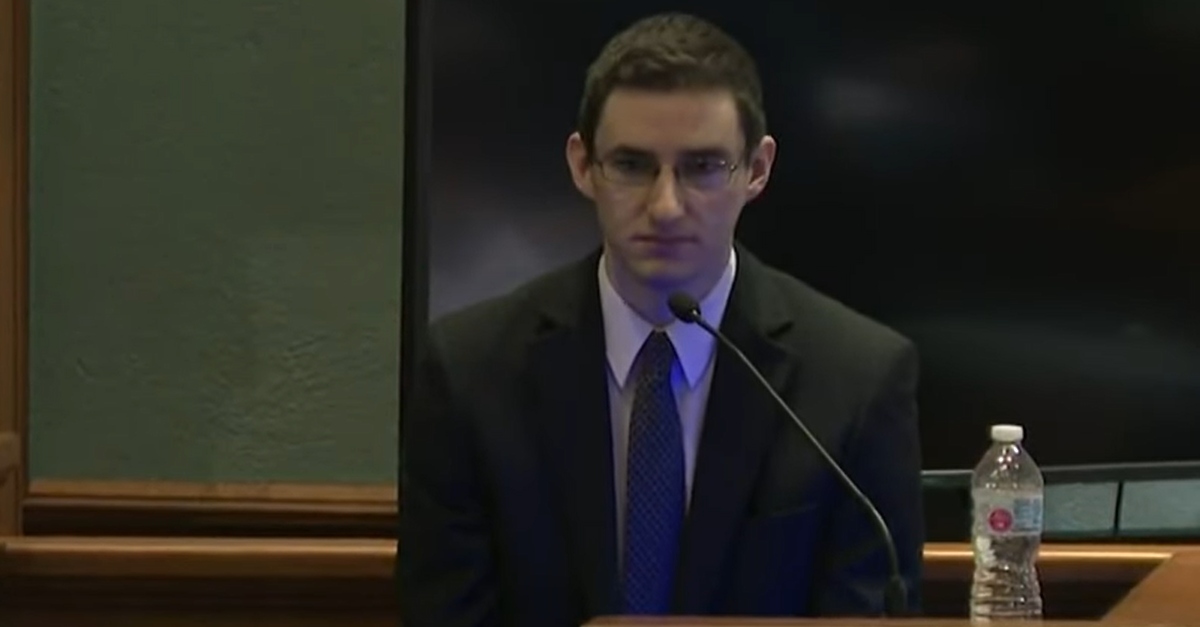 A relationship began with a man dating his work supervisor, but after marriage, a child, and secret audio recordings, a Missouri jury agreed that the relationship brutally ended with the suspect burying his wife’s dead body in a state park.

Mengqi Ji, 28, started dating Elledge in 2016, after they met at a dental products company. The couple married in Sept. 22, 2017, according to The Columbia Daily Tribune. Arguments and increased emotional distance marked the relationship until Elledge killed Ji in October 2019, testimony indicated. Prosecutors charged the defendant with first-degree murder — in essence arguing that Elledge “knowingly” killed Ji “after deliberation upon the matter.”

Jurors had the option to consider charges as low as involuntary manslaughter but ultimately chose a mid-level lesser offense.

A person commits the offense of murder in the second degree if he or she:

Elledge, who took the stand, insisted his wife’s death was an accident. In his version of events, he got into a shouting match with Ji on Oct 8., 2019. She pushed him first, he said. Elledge, who was about a foot taller and 70 pounds heavier than Ji, pushed back. Ji allegedly fell into a kitchen counter after one of the pushes. She then fell and hit her head after another push, Elledge said. He testified that his wife went to bed. He apparently did as well.

“Her skin was cold” when he woke up the next morning, the defendant told the jury. He insisted that he failed to call authorities because because he was terrified.

“It was stupid,” he said. “I was panicked. I wasn’t thinking at all, really.”

The defendant then lied to Ji’s mother and friend by saying his wife was missing and perhaps left the country. Elledge buried his slain wife in Rock Bridge State Park, where she was found on March 25.

A forensic pathologist testified that Ji’s ribs were broken and showed no signs of healing — suggesting that the injury happened near time of death.

The defense’s stance was that Ji’s death was a “tragic accident” — citing evidence consistent with subdural hematoma (blood build-up on the surface of the brain), they said. Attorney Scott Rosenblum called his client awkward and acknowledged Elledge’s actions after the death were “unbelievably dumb,” according to The Associated Press.

Prosecutors said, however, that Elledge meant to kill his wife, with his journal entries and secret audio recordings the couple made of each other showing a hostile, disintegrating relationship marked by arguments and increased emotional and physical distance. Indeed, the defense said that Ji exchanged sexually explicit messages with a man through a Chinese-based messaging service called WeChat. Elledge said he felt frozen out after Ji’s parents moved to stay with them after the birth of his and Ji’s daughter. He expected that would be a few weeks. Instead, the plan was up to 100 days, following a Chinese tradition for maternal grandparents to live with their daughter after a grandchild’s birth.

Elledge’s attitude toward his in-laws became hostile. According to Boone County Prosecutor Dan Knight, Elledge’s mother-in-law used a cutting board in a way that he did not like on Oct. 29, 2018. The state called this the “cutting board incident.” With the father-in-law already gone, Elledge demanded that his mother-in-law leave the apartment forever.

Elledge made clear his disdain for his mother-in-law in a recording he made in May 2019, complaining that she did not respect him while she was living with them.

His mother-in-law needed “a firm boot up her ass,” he said.