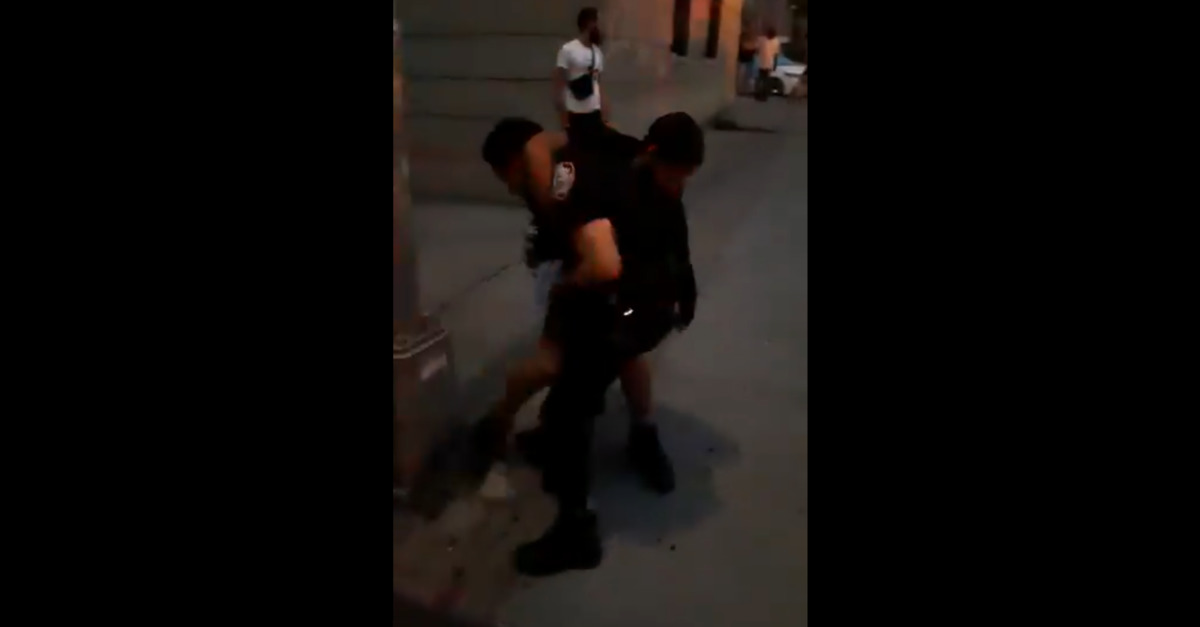 Bronx prosecutors charged a man with assault and other criminal offenses over an altercation with a member of the New York City Police Department (NYPD) earlier this month.

The Bronx District Attorney’s Office charged 28-year-old Wisnel Manzueta with second-degree assault, reckless endangerment and resisting arrest after an incident in which he allegedly put a NYPD cop in a headlock during a tussle between the two.

He was also charged with a series of offenses not directly related to the scuffle itself including obstructing governmental administration, unlawfully dealing with fireworks and harassment, according to the New York Daily News.

The defendant, who recently posted bail, turned himself in a week after the melee but prosecutors initially deferred charges citing an ongoing investigation.

“The NYPD was disappointed that the individual was not charged initially,” NYPD spokeswoman Sergeant Jessica McRorie said after that decision was made. “The violence against the police officer speaks for itself. We are now in discussions with the District Attorney regarding the case.”

Manzueta’s encounter with NYPD Officer Richard Barcia was caught on video and shared thousands of times on social media.

Barcia and other officers had initially attempted to take another person into custody on one of The Bronx’s most famous and highly-trafficked streets, The Grand Concourse.

Police allege that Manzueta repeatedly tried to intervene during the incident in which 31-year-old Franklin Adrian was forcefully arrested for allegedly failing to move his double-parked car.

In the video, Manzueta appears to kick something that falls at his feet, which police claim was Barcia’s fallen body camera. After Manzueta clears the item out of his way, however, Barcia appears to charge headfirst into Manzueta and a brief contretemps ensues.

The crowd surrounding those involved in the fracas appears to be largely opposed to the NYPD’s presence.  The officers can be seen arguing with local residents in English and in Spanish while trying to force an uncooperative Adrian into their squad car.

“They broke his face and everything, hitting him for a ticket that they’d already given him,” he told the Daily News. “They threw him onto the floor. When I got there, they were already taking him to the police precinct, without a motive. They didn’t have to do that…They’d already given him the ticket.”

The man filming also voices his disdain for the NYPD’s actions.

The mood changes up a bit after the Barcia-Manzueta fight starts.

After the man identified as Manzueta exits the scene, the man filming boasts about Barcia’s apparent loss.

“They smoked you, pussy,” he says. “You just got smoked, pussy.”

According to the criminal complaint, Barcia “suffered a bleeding laceration to his knees, elbows, and head as well as experienced annoyance, alarm and fear for his physical safety.”