Man Behind Dozens of Bitcoin Kiosks That Largely Operated in NYC Laundromats and Marketed to Criminals Has Been Indicted for Tax Fraud: DA 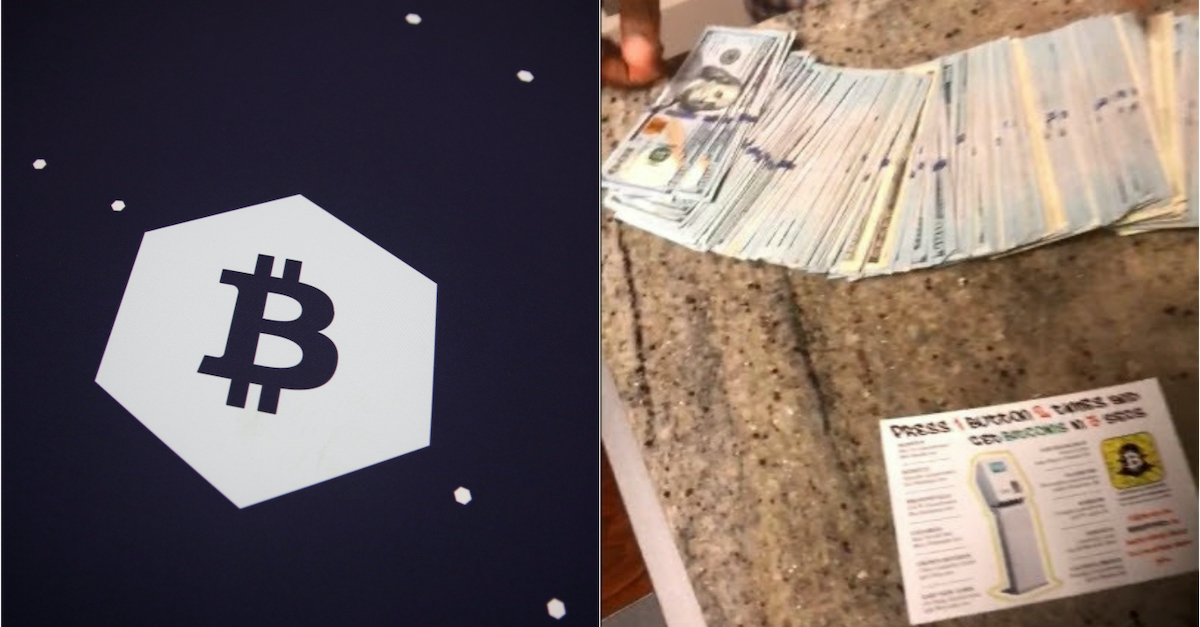 A man accused of running dozens of illegal Bitcoin kiosks that operated in laundromats in New York City and elsewhere has been indicted. The photograph on the right was released by the Manhattan District Attorney’s office in connection with the case.

A man who operated dozens of Bitcoin kiosks that largely operated out of New York City laundromats has been indicted for fraud. His network, which also operated in New Jersey and Miami, converted more than $5.6 million from cash into Bitcoin by marketing extreme anonymity, making his unlicensed business a magnet for criminals, prosecutors say.

“Robert Taylor allegedly went to great lengths to keep his Bitcoin kiosk business as secret as possible to attract a clientele that would pay top dollar for anonymity,” Bragg said in a statement. “As the use of cryptocurrencies like Bitcoin proliferate, they continue to attract a wide-range of bad actors who are hoping to evade law enforcement. My Office will continue to root out these schemes – we will not allow digital currencies to become safe havens for illegal activity.”

According to prosecutors, Taylor’s kiosks justified fees ranging between 10 and 20 percent by promising extreme anonymity. The DA claims that the only identifying information on the kiosks were a Snapchat icon linked to an anonymous Snapchat account tied only to a pre-paid “burner” phone and a “protonmail.com” email account, a Swiss-based encrypted email company.

Taylor told one customer that “we never ask for ID or have a camera that takes a pic of your face,” and he shared a video ad showing a man captured from the torso down spreading a large spread of money, telling viewers that he only buys Bitcoin “in the laundromats,” according to the DA.

“These racks only go into the machine with no ID and no camera,” the man allegedly said in the video ad.

Bragg claims that criminals got the message, as allegedly captured on surveillance footage and records uncovered during his investigation.

“One of the first individuals whom law enforcement observed using one of Taylor’s kiosks was driving a stolen U-Haul vehicle,” the press release states. “Other customers had recent criminal records, often related to drug sales or credit card theft.”

Authorities say they executed search warrants in Taylor’s Manhattan penthouse apartment and more than 20 different locations that housed the kiosks. Those warrants recovered $250,000 in cash from Taylor’s apartment, as well as 20 Bitcoin ATMs containing $44,000 in cash, Bragg said.

“Forensic analysis of the kiosks indicated that more than $5.6 million in cash was deposited into Taylor’s kiosks between September 2017 and November 2018, generating more than $590,000 in fees, approximately $160,000 of which was deposited into Taylor’s personal bank accounts,” the press release states. “Despite this, Taylor only claimed income of approximately $3,000 on his 2017 tax returns, and a loss of $140,000 on his 2018 tax returns, among other false representations.”