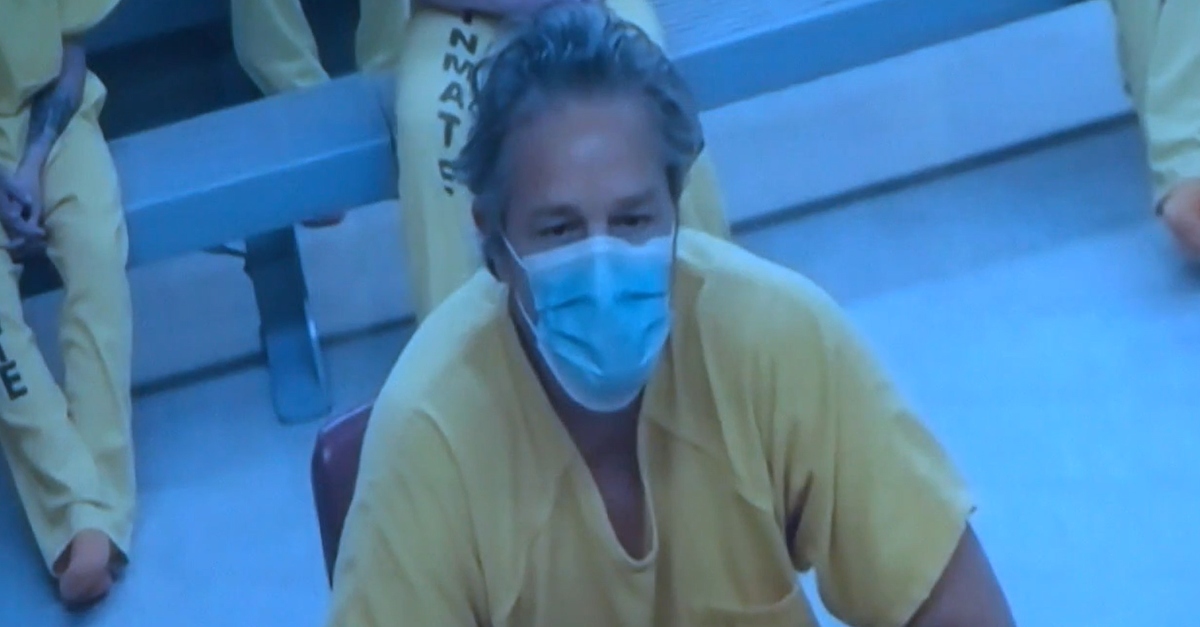 Several people made a gruesome discovery in an abandoned car in mid-October, leading to allegations of both murder and sexual abuse, cops said. John Eisenman, 60, beat and stabbed a young man to death in late 2020 as retaliation for allegedly forcing Eisenman’s juvenile daughter into sex trafficking, according police in Spokane, Washington.

Officers did not name the deceased in their public statements, only saying he was 19 years old. His name was Andrew Sorsensen, and he was 20, according to court documents obtained by The Spokesman-Review.

“In October 2020 Eisenman learned his juvenile daughter was allegedly sold to a sex-trafficking organization in the Seattle area,” police wrote. “Eisenman obtained information his daughter’s boyfriend (the deceased) may have been the one responsible for her sale. Eisenman was able to rescue his daughter and get her back to the Spokane area in October 2020.”

The daughter was saved, but Eisenman allegedly learned in November 2020 that Sorensen was going to be in nearby Airway Heights, Washington, cops said. The 60-year-old allegedly abducted Sorensen, tied him up, put him in a car trunk, then beat him in the head with a cinder block and stabbed him repeatedly, officers said.

“Eisenman waited for the victim and confronted the 19-year-old as he arrived,” he said. “During that encounter Eisenman abducted the victim, tying him up and placing him in the trunk of a vehicle. Eisenman subsequently assaulted the victim by hitting him in the head with a cinder block and then stabbed him repeatedly, causing his death.”

Eisenman drove the car to a remote area in north Spokane County and abandoned it there, officers said. For almost a year, Sorsensen’s body remained in the vehicle, undiscovered. That changed this October, police said. A third-party — who cops suggest did not know about the body — took the car and drove it to Spokane, according to officers.

“The vehicle, with the body still in the trunk, was abandoned at the Everett location,” police said. “While parked on Everett, individuals were rummaging through the car and taking items when they made the gruesome discovery.”

Eisenman faces a count of first-degree murder. He is held in lieu of a $1 million bond. Online records show no attorney of record.