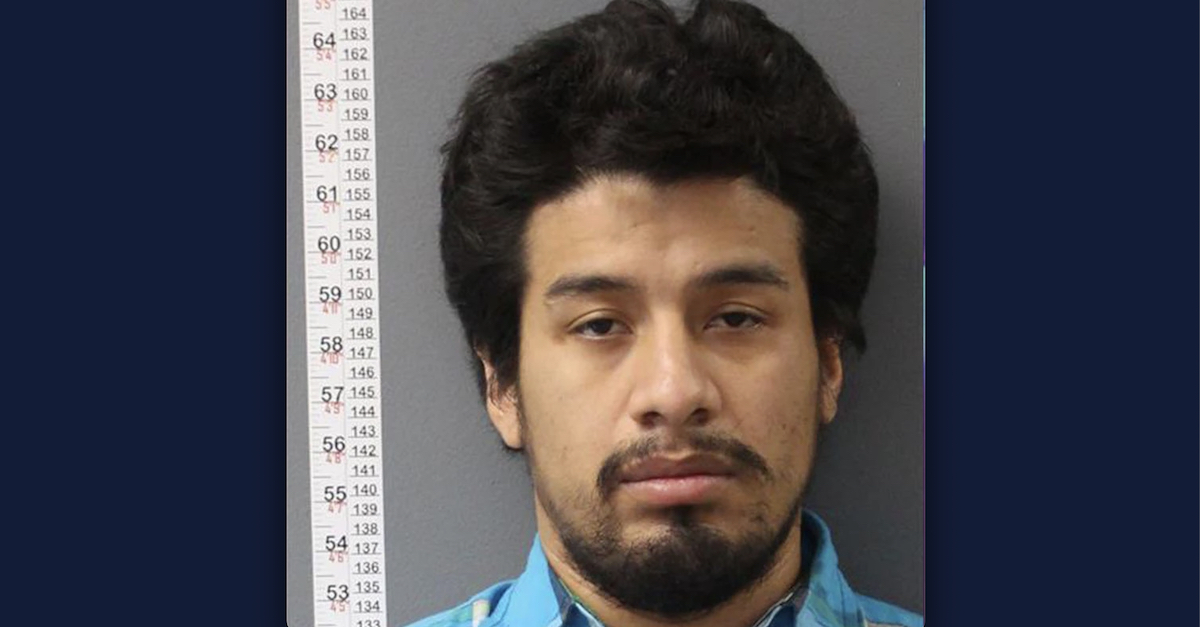 A Pennsylvania man is behind bars after allegedly beating, strangling, raping, and attempting to murder his girlfriend before killing her “favorite dog” and burning the animal’s remains in a wood stove.

According to a probable cause affidavit, troopers with the Pennsylvania State Police – Towanda on Feb. 11, 2022 responded to a call about a possible female assault victim at the Guthrie Robert Packer Hospital in Sayre, Pennsylvania. Upon arriving at the facility, the victim recounted the harrowing series of events that allegedly led to her barely escaping with her life.

The victim said that on the evening of Tuesday, Feb. 8, she was standing in the hallway of the residence she shared with Jara-Sanchez when he “pointed a gun at her and fired it,” per the affidavit.

“The discharged bullet traveled past the victim and struck the laundry room door behind her. When asked if the shot was intended to scare or kill her, the victim related that he was shooting at her to kill her,” the documents says. “She went on to relate that this was the last round in the gun and Jara-Sanchez then grabbed a knife and threw it at her. The knife also missed her and struck the laundry room door.”

The alleged shooting and knife-throwing were only the beginning of the abuse allegedly inflicted on the victim that evening.

Next, the victim alleged that Jara-Sanchez “threw her to the floor in the residence and repeatedly beat her with the butt of the .22 caliber gun, a rolling pin, as well as his hands, feet, fists and elbows,” the affidavit states. “During the beating, Jara-Sanchez held the gun to the victim’s head and told her that he was going to kill her.”

The victim sustained 15 broken ribs (eight on the right side and seven on the left side), a collapsed lung, internal retroperitoneal bleeding (behind the stomach wall and pelvic cavity), and a broken wrist. She was “bruised head to toe” from the beating, police said. She required a blood transfusion due to the extent of the internal bleeding and was admitted into the hospital’s intensive care unit.

Following the beating, Jara-Sanchez allegedly raped the victim and strangled her until she lost consciousness.

“During the [sexual] assault, the defendant strangled the victim as he applied pressure to her neck with his hands,” the affidavit states. “The victim related that the beating lasted for an extended time and she was rendered unconscious.”

When the victim awoke at approximately 6 a.m. the next morning, she allegedly had difficulty breathing and told Jara-Sanchez she needed to go to the hospital. He agreed to drive her to Towanda Guthrie Memorial Hospital, but allegedly told her she had to tell the doctors that her injuries were “caused by an accident with firewood falling on top of her.” The victim was then taken to the hospital by ambulance.

According to the affidavit, Jara-Sanchez “refused to leave the presence of the victim despite requests from security to do so, which hindered her from reporting the assault.” It wasn’t until Feb. 11 that the victim was able to tell her mother about the alleged assault. Her mother notified hospital staff who in turn called the police. Jara-Sanchez was taken into custody later that day.

Investigators obtained and executed a search warrant on the home where they allegedly found multiple bullet holes throughout the residence and what appeared to be bullet and knife holes in the laundry room door. A Ruger SR22 handgun, and a knife were also recovered from the home. Both allegedly had hand-written Hebrew markings on the handles that appeared to be the same markings as Jara-Sanchez’s tattoos.

Police said Jara-Sanchez had previously been convicted on a charge of aggravated assault, and was legally designated as a “person not to possess a firearm.”

Upon searching the backyard of the home, investigators allegedly made another disturbing and grisly discovery when they examined a dog crate that was left next to an outdoor wood stove.

“A check of the crate’s plastic base tray revealed what is believed to be blood/tissue,” the affidavit states. “Members then checked the outdoor wood stove and discovered the charred remains of a dog.”

The victim allegedly told police that when Jara-Sanchez was allegedly shooting at her inside of their home, her dog, “Ozzy,” was in his crate inside the laundry room behind her. She believed the bullet that was intended for her instead went through the laundry room door and struck the dog.

“The victim related that the defendant knew ‘Ozzy’ was her favorite dog. She had asked him to set the dog’s remains outside as she wished to see them upon being discharged from the hospital and he refused,”‘ per the affidavit. “He then placed the dog’s body in the wood stove.”

A preliminary hearing is currently scheduled for April 20, 2022.