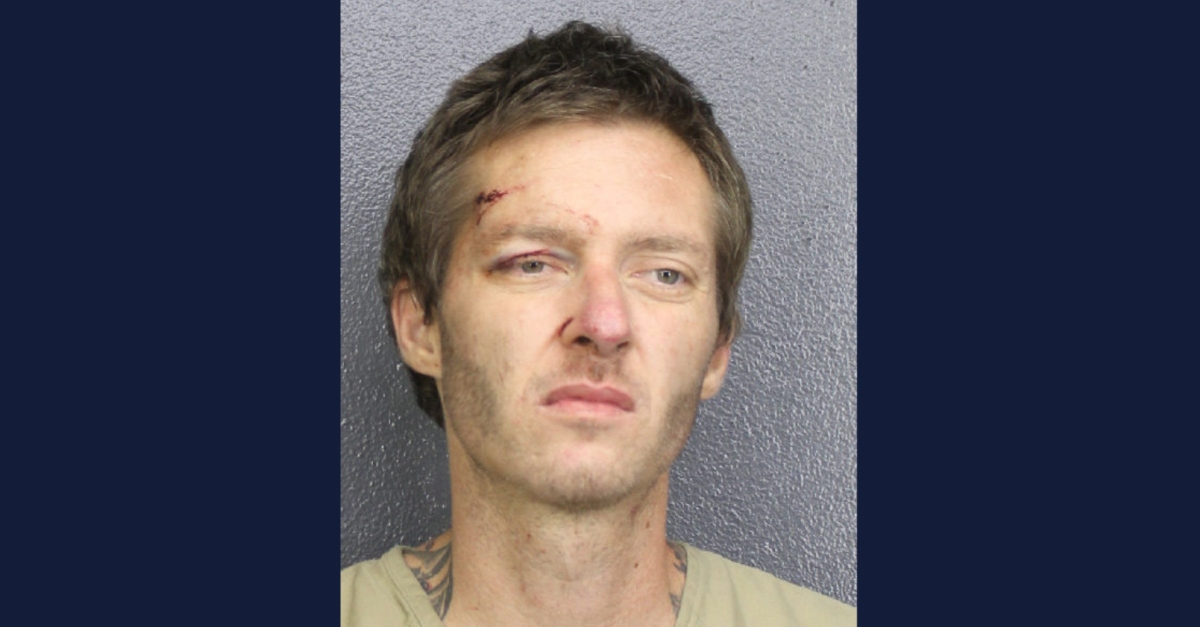 A man has been implicated in a bewildering crime spree, involving three deaths and just as many car crashes. Dale Daniel Spidle, 35, was arrested Friday in Broward County, Florida, after a chase spanning several cities, authorities said in local media reports.

“He’s completely naked, and then I saw he’s out of his mind,” witness Lorena Sagna said after the final crash in the city of Coconut Creek, according to WSVN.

Authorities did not name the three people who died. Among the dead is a baby boy.

Spidle remains at the local jail for a count of premeditated murder and other charges include robbery, aggravated battery with a deadly weapon, and leaving the scene of a crash involving damage to property, online records show.

The situation landed on law enforcement radar with the first crash, as Coral Springs police responded to a possible hit-and-rush crash on Wiles Road, according to WPLG.

“The officer initially did make contact with that driver who then ended up fleeing from that scene,” Coral Springs Police Deputy Chief Brad McKeone said.

After the first crash, Spidle allegedly got into a four-crash collision at Powerline and Sample Roads in Pompano Beach. He fatally shot a man, jumped into what may have been the victim’s white pickup truck, and fled, officers said.

Officers said that they investigated the suspect’s initial vehicle, leading them to Spidle’s apartment complex. They found a neighboring apartment with the door open. A 31-year-old woman was dead inside, with a 1-year-old boy suffering a head injury. The baby died at the hospital, authorities said.

Neighbor Diane Hirschfield told WSVN that Spidle had problems with other neighbors.

“They would move furniture, and he would bang on the wall, and she’d complain that he was waking the baby up,” she said.

Finally, he allegedly crashed in Coconut Creek, fled on foot naked, and attempted to grab a woman’s necklace before his arrest.

“Leaves you speechless, you know?” a resident reportedly said.