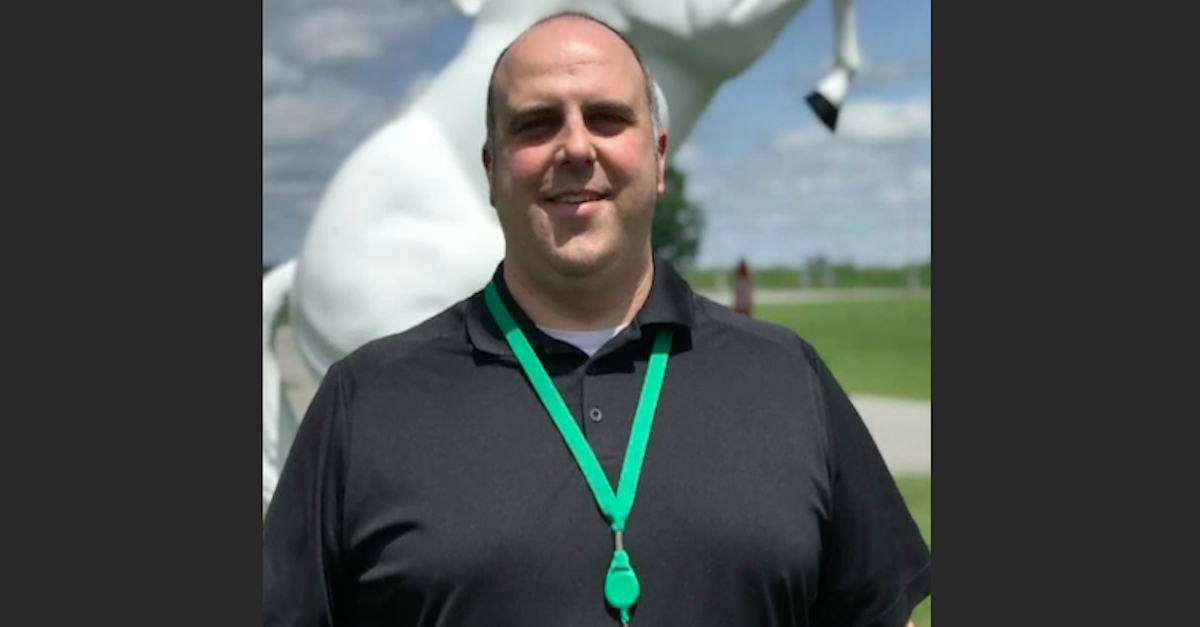 A middle school principal in Maine found himself behind bars this week after being accused of molesting a girl. David A. Holinger, the 41-year-old principal of Mount View Middle School in Thorndike, was taken into custody and charged with three counts of unlawful sexual touching of a minor, the Bangor Daily News reported.

According to the report, investigators with the Kennebec County Sheriff’s Office began looking into allegations that Holinger engaged in the inappropriate conduct sometime last month. The alleged abuse reportedly took place at a private residence in Belgrade. The alleged victim, who is not a student at Mount View Middle School, reportedly told a forensic interviewer in December 2021 that Holinger was intoxicated at the time of the alleged abuse.

Sheriff’s Lt. Chris Read reportedly said that deputies obtained an arrest warrant for Holinger on Tuesday. He was booked and released after posting a cash bond of $1,000 that same day. The maximum penalty for unlawful sexual touching, a Class D misdemeanor, is 364 days in jail and up to $2,000 in fines.

Regional School Unit 3 (RSU3) Superintendent Charles Brown, who reportedly only learned about Holinger’s arrest from the Thursday Bangor Daily News report, released a statement saying that Holinger has been placed on administrative leave from his position while the district conducts an internal investigation into the allegations levied against him.

“[Holinger] has been informed that he is to have no contact with any RSU 3 students or enter RSU 3 grounds,” Brown reportedly wrote in an email to students and parents. “RSU 3 takes these allegations extremely seriously and will take all actions necessary in order to ensure that its students are safe and protected.”

According to a report from the Republican Journal, Holinger began his career teaching biology in Old Orchard Beach in 2002. That same year he was reportedly named the Maine Biology Teacher of the Year by the National Association of Biology Teachers. He then became the head of school at Kennebec Montessori School in Fairfield until the RSU3 Board of Directors approved his hiring as principal of Mount View Middle School in July 2019.

Holinger earned a bachelor’s degree in marine science from the University of New England before getting his master’s in educational leadership from Thomas College, the Penobscot Bay Pilot reported after his hiring.

Holinger also reportedly served as the president and treasurer of the non-profit Maine Youth Alliance. The organization’s executive co-director Ray Estabrook told the outlet that the group was “very concerned” about the allegations and said it would be “guided by the school district’s actions.”

Holinger is currently scheduled to appear at the Capital Judicial Center in Augusta for a hearing at 8:30 a.m. on Feb. 18.