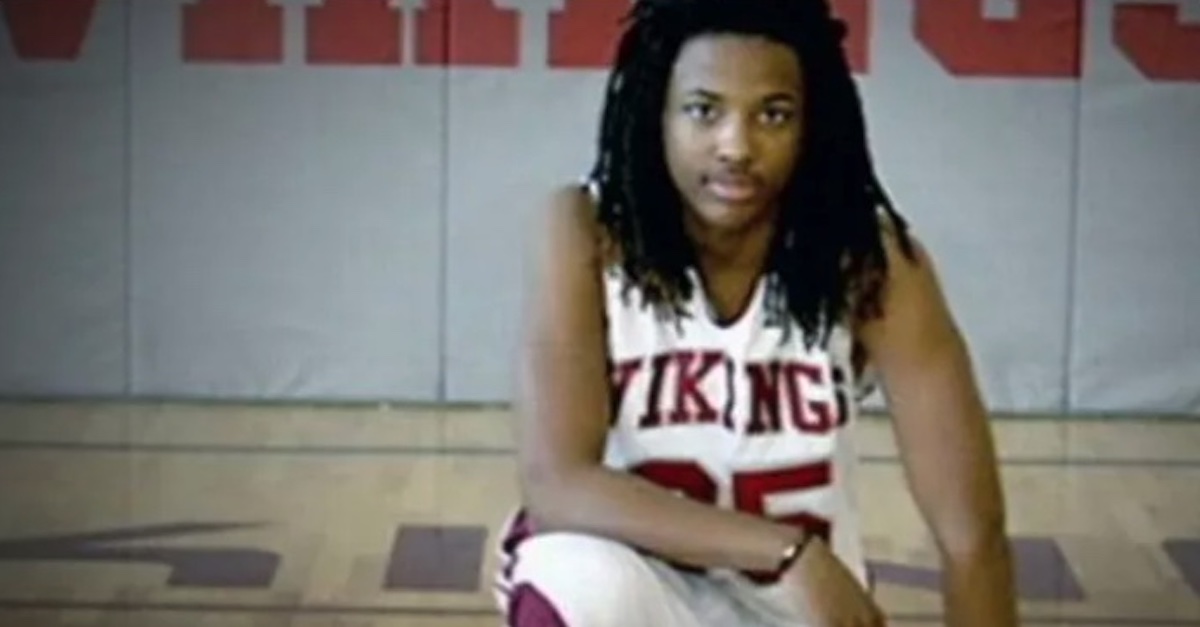 A sheriff in Georgia has determined that there was no foul play in the 2013 death of a popular high school student whose family has long insisted that he was murdered.

Kendrick Johnson, 17, was found dead inside a rolled-up gym mat on Jan. 11, 2013. Since then, Johnson’s death has been the subject of much speculation, and family members continue to believe that he was murdered.

“All of the evidence, testimony, interviews, grand jury testimony and even the blatant coercion and intimidation of some persons being questioned does not produce anything to prove any criminal act by anyone that would have resulted in the death of Kendrick Johnson,” Paulk concluded.

Paulk also denied the possibility of a cover-up.

“Any person who looks at this case objectively would know that it would be impossible to conceal any evidence due to the involvement of so many agencies and investigators,” Paulk said in the report, adding that the FBI stated “unequivocally in its investigation that there was no cover-up or conspiracy.”

A Georgia medical examiner first determined in 2013 that Johnson died from “positional asphyxia” from becoming trapped upside-down in the mat. In June of that year, Johnson’s body was exhumed at his family’s request, and a second autopsy concluded that Johnson died from blunt force trauma to the right side of his neck, near the jaw, and that it wasn’t an accident.

A third autopsy conducted in 2014 initially ruled Johnson’s death an accident caused by asphyxiation, but was later amended to say the cause of death was undetermined.

According to Paulk, Johnson likely died after crawling head-first into the mat to get a pair of sneakers he had previously stored there.

Family members have long maintained that Johnson, who was Black, was killed by two white students at Lowndes High School.

“We already knew that nothing was going to be done on your watch. This is how you roll in Valdosta,” Johnson told local ABC affiliate WSB.

“You didn’t find nothing in 17 boxes? That’s the craziest lie you could have told. We already knew what team you were on. You are not on the team of righteousness,” Jackie said.

A federal investigation launched in 2013 ultimately concluded in 2016 that there was insufficient evidence to support federal criminal charges.

In his report, Paulk took the opportunity to criticize what he said were missteps and possible misconduct in prior investigations.

Paulk said he found it “disturbing and unethical that this investigation seemed to turn into a ‘witch hunt'” after the FBI told the U.S. Attorney’s Office for the Middle District of Georgia that was closing the case because it “had found nothing criminal[.]”

Paulk said “some of the issues” that he said led him to that opinion included that someone was “offered a financial inducement while giving testimony,” an email from a prosecutor that allegedly said that “Eric Holder, United States Attorney General, is pressuring for a result in the case,” and a text message instructing someone to lie when testifying.

Paulk also connected the U.S. Attorney for the Middle District of Georgia to “a person at Ebony Magazine, the magazine that lost a court case for defaming the Bell family and providing the magazine with internal information while the case was active.”

“The preceding issues are only a small sample of what a reputable law enforcement office would consider to be improper,” Paulk added.

Read the Lowndes County Sheriff’s report, via the Valdosta Daily Times, below.