Louisiana Mom Threw Two Small Children From Bridge, Killing One and Critically Injuring the Other: Police 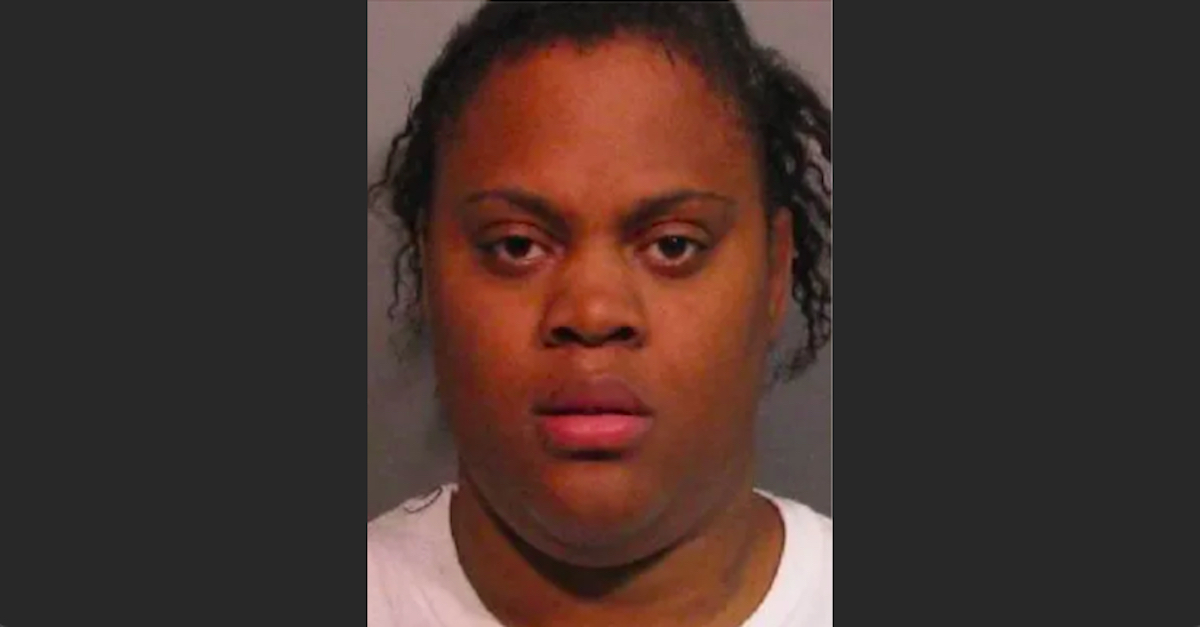 Ureka Black appears in a mugshot provided by the Caddo Parish Sheriff’s Office.

A mother in Louisiana was arrested and charged with multiple felonies after police say she brought two of her small children onto a large bridge, tossed them both over the edge, and sent them plummeting into a lake below.  One of the children died; the other was severely injured.

New Orleans ABC affiliate WGNO-TV reported that Ureka Black, 32, was charged with one count of second-degree murder for the death of her infant son and one count of attempted second-degree murder for hospitalizing her five-year-old son. Officers with the Waskom Police Department took her into custody at a rest area in Waskom, Texas early Friday afternoon. Neither of the children’s names were released to the public.

“My heart is just so broken with this event that has occurred today,” Substitute Chief for the Shreveport Police Department Wayne Smith told Shreveport CBS affiliate KSLA-TV.

Law enforcement authorities said that Black threw both of the children off of the Cross Lake bridge Friday morning. The Shreveport Police Department received a call at approximately 11:00 a.m. concerning a child seen floating in the lake near the bridge. Marine patrol officers were dispatched to the area where they discovered an unresponsive infant child. The infant was pulled from the water and pronounced dead.

The Shreveport Police Department, the Shreveport Fire Department, the Caddo Parish Sheriff’s Office, Life Air, the Louisiana State Police, and the Louisiana Department of Wildlife and Fisheries all took part in the multi-agency search effort that went on for more than three hours. Law enforcement officials involved in the search efforts were concerned that Black’s third child was missing and may have been in the lake as well, but they were able to confirm that the child was in another location and had not been harmed.

The officers continued searching the lake and were able to find and rescue the five-year-old child who was reportedly brought to LSU Oschner Health Shreveport with what police said were “life-threatening injuries.” By Saturday, the child’s injuries had been downgraded to non-life-threatening. He is reportedly expected to make a full recovery.

Investigators told WGNO that the surviving child provided police with evidence that was critical in identifying Black as the person responsible for harming her kids.

Agencies began searching for Black, issuing a “Be On the Look Out” alert for her gray Dodge Caravan with Texas license plates.

A police officer in Waskom, Texas spotted the vehicle later in the day Friday and took the defendant into custody.

“This is a tragedy, and we ask for prayers for the children and their family,” SPD Sgt. Angie Wilhite told WGNO. “Pray for our law enforcement officers that have been out here all day, all morning working on this. Our firefighters, Life Air, our dive teams with the Caddo Sheriff’s Department, and the police department. It’s been a multi-agency effort. Unfortunately, there’s no happy ending to this, but we do have the suspect in custody. Our detectives are working right now on interviews and recovering more evidence in the case.”

Councilwoman Tabatha Taylor, who represents the district where Black allegedly committed the crime, told KSLA that the incident highlights the need for the city to provide better access to mental health services. She added that she “can’t wrap her brain around” what Black is accused of doing to her own kids.

Black is currently being held without bond in Texas and is awaiting extradition back to Caddo Parish, La.

Investigators asked anyone who may have seen Black’s gray van or “anything out of order” to contact detectives at 318-673-6955. Tips can also be left anonymously with Louisiana Crime Stoppers at 318-673-7373.

SPD did not immediately respond to an email from Law&Crime seeking additional details concerning the case against Black.