Las Vegas Squatters Dismembered Woman’s Body, Buried Remains in Yard, Then Decided to ‘Drain Her Finances and Sell Off Her Belongings’: Police 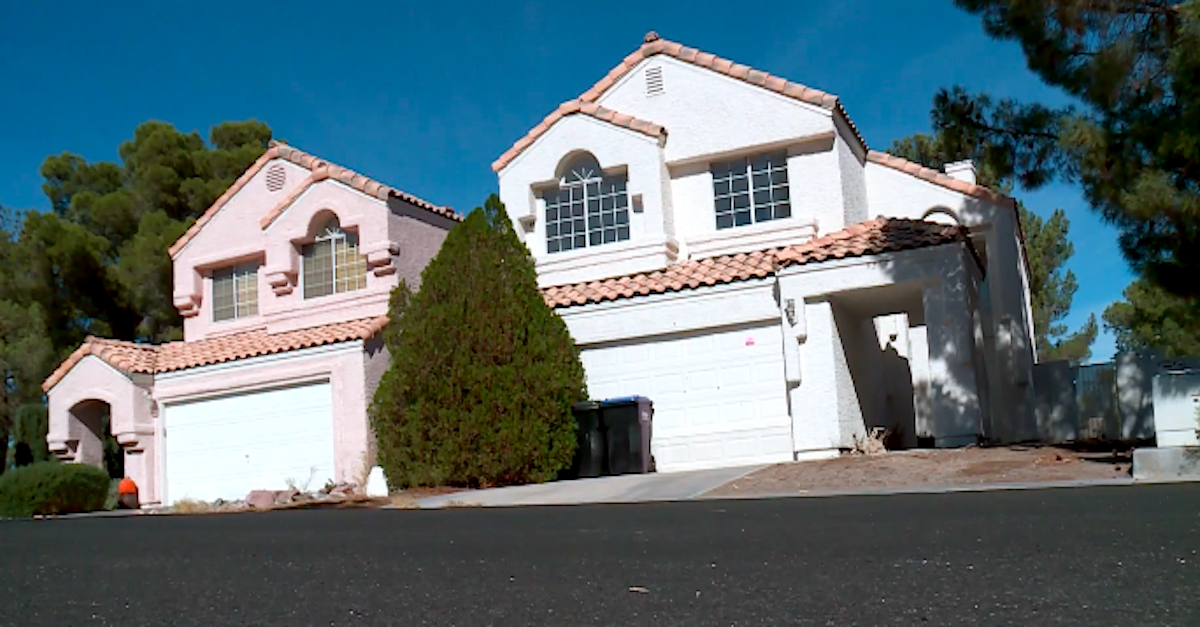 The Las Vegas home where Lucille Payne’s body was found dismembered and buried in the yard.

Authorities in Las Vegas say squatters are to blame for dismembering the remains of a woman who turned up dead in her own backyard in April.  They say the woman, who died in 2018, was buried by people who took over her home and lived off her wealth.

Officers with the Las Vegas Metro Police Department found Lucille Payne’s body buried in a shallow grave on her property in the 8300 block of Shore Breeze Drive, Las Vegas CBS affiliate KLAS-TV reported. Investigators with knowledge of the case told the television station they believe Payne died alone in the home in the summer of 2018. Her death reportedly remained unnoticed because she lived alone in the house she purchased in 1999 and had no close family or friends. Additionally, nearly all of her bills were reportedly set to auto-pay.

Payne’s body reportedly “sat in a chair” until a couple of squatters broke into her home earlier this year and decided to stay — but only after they got rid of her body.

Police reportedly said the squatters — whose names have not been released to the public — “cut up her mummified body” and buried the pieces under a dirt patch in the backyard.

Police reportedly said that the squatters leeched into the dead woman’s life and began trying to profit from what she left behind. That included selling her car.

“After finding her, the decision was made between several people that they were going to dismember her body and bury her and then basically drain her finances and sell off her belongings, fraudulently,” Metro PD homicide Lt. Ray Spencer told the station. “She was not buried very deeply, and an officer started to move the dirt and found her arm inside a very shallow grave in the backyard.”

The Clark County Coroner’s Office initially concluded that Payne’s death was a homicide, but an autopsy of the remains determined that Payne had been dead for years before her body was discovered. Her precise cause of death currently remains undetermined.

Officers with the LVMPD reportedly came across the body after receiving an anonymous tip that there was a dead body at Payne’s address. The Las Vegas Review-Journal reported that first responders on the scene noticed “disturbed dirt” in the yard where the woman’s remains were buried.

Per KLAS, Payne’s neighbors said that her house had appeared empty for years until early 2020.

“Next door neighbors were able to confirm for us that they had heard digging over the previous couple of weeks,” Spencer reportedly said.

It is unknown exactly how many alleged squatters took part in the alleged activity, but one of the people arrested “admitted everything to detectives,” per the Review-Journal. The suspect reportedly told investigators that there were “two main people” involved in the scheme but said multiple other people entered and left Payne’s house during the relevant time frame.

Lt. Spencer told KLAS that the squatters are being charged with fraud for the sale of items which they did not own in addition to charges of improper burial. The investigation remains open, and police are still searching for any next of kin.

“There’s a lot of people without family,” Lt. Spencer said. “Check on your neighbors. Because it is sad that she’d been there for so long and nobody had checked on her. People might not have family, but as a community we need to check on our neighbors.”

A lawyer working on behalf of Payne’s estate is now selling the home, which is reportedly valued at $435,000.