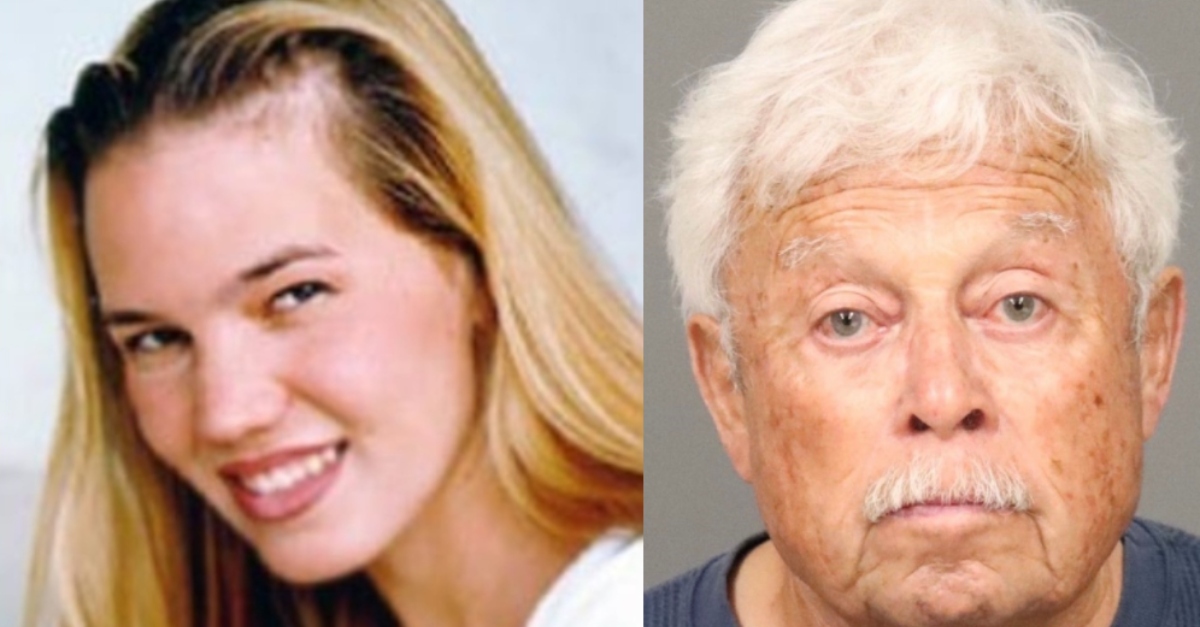 The family of California college student Kristin Smart has sued Ruben Flores, the father of her alleged killer Paul Flores. They say the elderly man, now 80, helped move and hide the victim’s body through the years — as recently as Feb. 2020.

Kristin still remains missing, but her family as well as authorities in San Luis Obispo County, California say she is dead and that Paul Flores, 44, is responsible. Investigators previously said that Smart went missing on May 25, 1996 during her freshman year at California Polytechnic State University. Paul Flores was allegedly the last person to be seen with her. Authorities now say that he killed the 19-year-old during a rape or rape attempt.

A judge imposed a gag order on the criminal case. Ruben Flores is charged as an accessory. Both defendants pleaded not guilty.

Somewhat lost in today’s proceedings are these statements by the prosecutor in bail reports. On Paul, he says “dozens of women have recounted (PF’s) sexual
assaults and predatory behavior that document his 25 years as a serial rapist.” pic.twitter.com/gjVr3WpOoH

According to the lawsuit, the father first helped his son move Smart’s body from the younger Flores’ dorm room at Cal Poly, then hid the victim’s body in different locations. San Luis Obispo deputies executed a search warrant on Ruben Flores, leading them to 710 White Court on February 5, 2020, the plaintiffs state. Four days later, in the middle of the night on the Feb. 9th, he and two other people removed Smart’s remains from “inside the lattice enclosure below the deck of Defendant Ruben Flores’ White Court residence.”

The complaint promises these two other unnamed individuals will be named as defendants in the lawsuit. Plaintiffs maintain that the victim’s remains were put somewhere else in the county. Citing video and first-hand observations of people at the scene, plaintiffs say that deputies performed another search of the White Court property a year later, focusing on the enclosed lattice area under the deck.

Ruben Flores’ attorney in the criminal case did not immediately respond to a Law&Crime request for comment.

[Image of Smart via the Federal Bureau of Investigation; mugshot of Ruben Flores via San Luis Obispo County Sheriff’s Office]