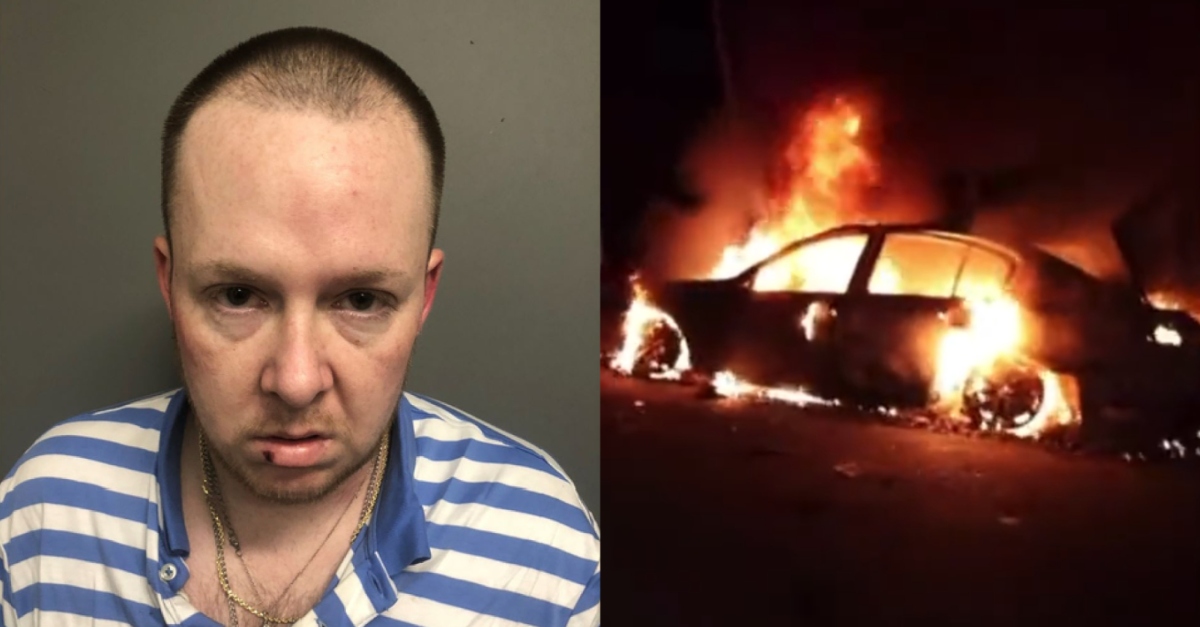 Police suggest that a kidnapping and theft suspect might know about a missing DoorDash driver, who disappeared under disturbing circumstances. Christopher Lemke, 33, was arrested Thursday after allegedly fleeing cops and taking a person hostage.

“During their investigation, the Danbury Police Department investigators learned that Lemke might have information related to Carlos Reyes, a local man reported missing at the end of March 2022,” said the City of Danbury Police Department. “As Lemke was also directly related to the April 7th search warrant execution at a Ball Pond Rd. residence, investigators are hopeful he can provide them with information to help locate Reyes or his whereabouts.”

Carlos Reyes, 20, has been missing since last month. Family have not seen him since March 28 at approximately 11 pm, according to Danbury cops.

His car, a 2008 gray Infiniti sedan, was found burning in nearby Brewster, NY, authorities said. There was no sign of Reyes, however.

His car as found engulfed in flames just before midnight 3/29 over the border in Brewster, NY on a secluded road. Danbury police searched the area and did not find any traces of Carlos Reyes. Video is courtesy of the Brewster Fire Dept. @News12CT pic.twitter.com/277YoCGM4B

Danbury police Det. Lt. Mark Williams told News 12 it was out of character for Reyes to not contact family and friends. The 20-year-old reportedly worked as a DoorDash driver and driver-for-hire. He was known to go to Danbury, Waterbury, and Naugatuck in Connecticut, according to officers. Police executed search warrants on a home on Ball Pond Road in Danbury, though they did not say how Reyes was linked to the residence. 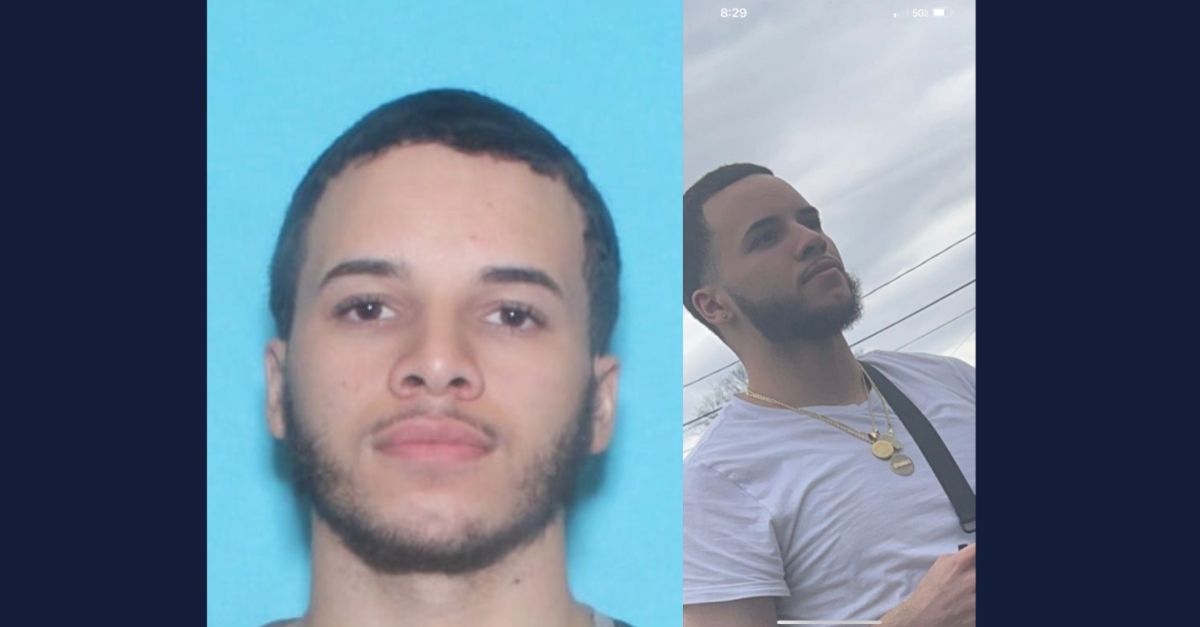 “They were able to recover some video surveillance footage and some other items associated with the missing person but that was the extent of it,” Williams said. “I can’t go into detail on the other items as it is an ongoing investigation.”

According to the Newtown Police Department, Danbury cops and Western Connecticut Regional SWAT were in the area to execute a search warrant when Lemke fled a home on foot into the woods. He emerged in a nearby neighborhood, entered an unlocked residence and kidnapped a person at gunpoint, officers said. Taking his hostage, he fled in a stolen car, cops said. The hostage managed to escape without injuries, police said.

“Officers were able to get the suspect and vehicle information out quickly and the vehicle was located traveling east on I-84 near the Rochambeau Bridge by Connecticut State Police,” police said. “After a brief chase, the vehicle was involved in a crash near Exit 15 and the suspect was apprehended.”

Lemke was held by state police for charges, with charges pending from Newtown, according to officers. Danbury police said the search warrant was over Lemke possibly stealing a handgun, which officers recovered during the arrest. Now they say he might know something about Reyes’ whereabouts.

Officers describe Reyes as standing 5’10”, weighing 170 pounds, and having brown eyes and black hair. He was wearing black sweatpants, a black sweat, and red Ugg slippers when last seen, according to officials in the News 12 report. He is described as often wearing three gold chains around his neck. Each chain has a gold pendant.

From Danbury police, who have asked the public for help in finding Reyes:

Anyone with information is asked to contact Det. LT Adam Marcus at [email protected] Anonymous tips can be made at 203-790-TIPS or by texting DANBURYPD at 847411 (Tip411). Anonymous web tips can also be submitted right from www.tip411.com/tips/new?alert_group_id=22782

The Tip411 system is 100% anonymous, as the technology removes all identifying information before officers receive it, and there is no way to identify the sender. We also encourage the public to download our new Danbury PD Tip411 Mobile App, FREE from the Apple App and Google Play Stores.

PLEASE NOTE: IN CASE OF EMERGENCY DIAL 911. MESSAGES VIA Tip411 or the DANBURY PD APP ARE NOT MONITORED 24/7. FOR ANY EMERGENCY OR CRIME IN PROGRESS CALL 911.

Online records did not show an entry for Lemke’s new arrest. Law&Crime could not immediately reach him for comment.