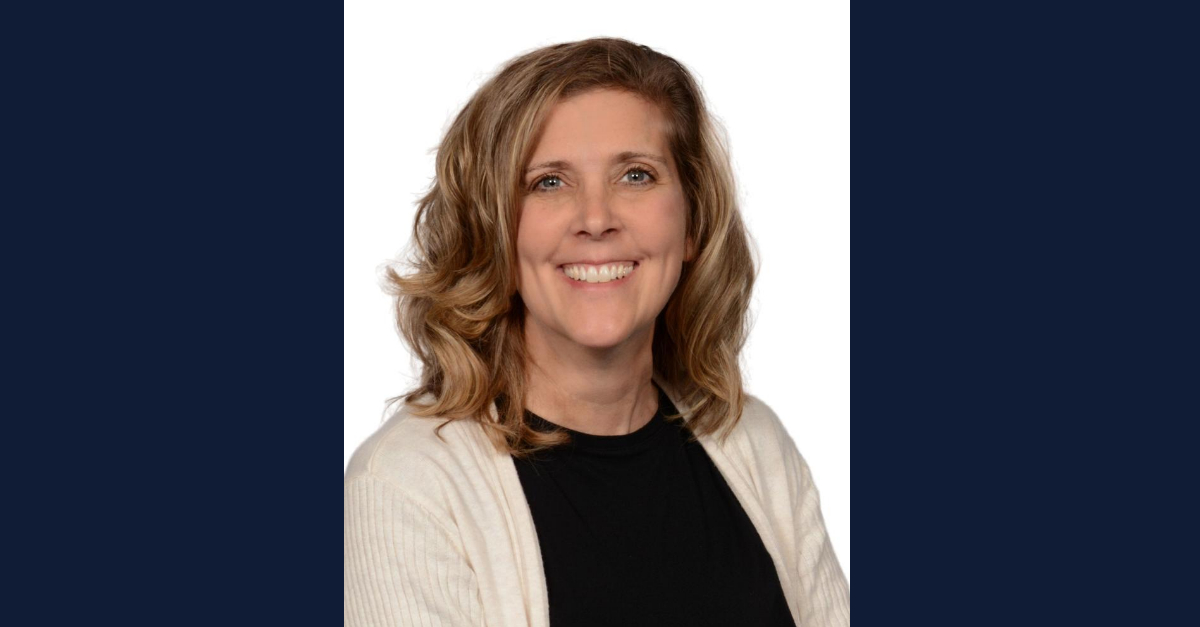 Kelly Casper (above in a photo from Suring Public Schools) is charged with six counts of false imprisonment.

A Wisconsin superintendent is facing criminal charges after she allegedly performed strip searches on multiple high school students in a secluded bathroom, according to court documents.

Suring Public Schools Superintendent Kelly Casper, 51, is charged with six counts of false imprisonment following searches she admits to performing on six students at Suring High School on Jan. 18, according to a criminal complaint filed by the Oconto County Sheriff’s Office (OCSO) and obtained by Law&Crime.

The 12-page complaint states that Casper confined each of the six female victims “without that person’s consent, and with the knowledge that she had no lawful authority to do so.” Each count carries a possible six years of imprisonment and $10,000 fine.

The six students spoke with law enforcement officers in the weeks after the incident. The complaint reveals that all six students and Casper acknowledge that the point of these searches was to locate vapes and vape cartridges.

Four of the girls told officers they were ordered to strip down to their bra and underwear by Casper, while the other two girls said that they were able to keep their leggings on when they claimed to not be wearing any underwear.

All six state in the complaint that they were confined to a small bathroom in the back of the nurse’s office during these searches, then punished by being placed alone in a room after the search.

“There is no dispute from any party that the children involved were directed to enter the small room at the direction of Casper. Casper also directed the school nurse to accompany them to the room,” said Oconto County District Attorney Edward J. Burke.

The statement released by Burke also notes that parents were not informed before these secluded searches.

PUPIL 1, a 14-year-old student, told Investigator Troy Sherman of the OCSO that on the day of the search she had been removed from gym class by Principal Zachary Beeksma and escorted to his office. Casper was also in the office when she arrived and asked the student if she had a vape on her. When the student denied having a vape on her, she claims Casper “threatened” to perform a search.

That is just what Casper did, according to the complaint.

PUPIL 1 told Investigator Sherman that Casper escorted her to the nurse’s office and proceeded to have her take off her shoes and her shirt while she stood in a private bathroom at the back of the office. The door remained open as the school nurse, whom PUPIL 1 said she met for the first time that day, looked on and helped go through her clothing in search of a vape or cartridges.

According to the complaint, Casper then instructed PUPIL 1 to remove her pants, prompting the student to say she was not wearing any underwear. The student told Investigator Sherman that she did not feel “comfortable” at the time.

“PUPIL 1 claims that she has ‘PTSD’ from past trauma in her life and ‘panics’ when someone tells her to take her clothes off,” reads the complaint.

Upon hearing this, Casper informed PUPIL 1 that she would “pat her down” instead, according to the complaint.

The experience of PUPIL 6, a 16-year-old student, was similar to PUPIL 1. She too got patted down by Casper she told Deputy Brandon Miller and Deputy Ryan Zahn of the OCSO.

The other four females were all made to strip down to their underwear and bras they told Investigator Sherman. He was accompanied by a sexual assault advocate when visiting each of the girls,  according to the complaint.

Once they were almost fully nude, those four students each claimed that they were instructed to pull their bras away from their bodies so that Casper could inspect the inside for any cartridges. This seems to have been in response to PUPIL 1 having a cartridge fall out of her bra while she was putting her clothes back on after her search.

The complaint states that only two of the four girls who were allegedly ordered to strip down to their bra and underwear were found with vapes – PUPIL 4 and PUPIL 5.

PUPIL 4, who is 16, had a vape in her jacket pocket that was discovered before the alleged strip search, but she was still made to take off her clothing in the nurse’s bathroom she told Investigator Sherman.

PUPIL 5, who is 15, told Investigator Sherman that she admitted to having a vape before she was searched by Casper. She said that did not stop Casper from allegedly instructing her to go to the nurse’s office for a more thorough look.

Investigator Sherman later spoke with the school nurse who was present for each of the searches. She is not named in the complaint and has not been charged with any crime.

Casper also spoke with Investigator Sherman, claiming that in each case she informed the girls they would be searched in the nurse’s office and then had them take off their clothing for her to search.

Casper said far less about the searches than the students in the complaint, but she did provide documentation she felt supported her right to conduct the searches in the manner she did with the girls.

She “provided certificates showing different training she has attended through the years” that included instruction on “where students hide items, how to properly question, having a second person to assist in the search and searching students and the laws about school searches.”

In Wisconsin, Section 118.305 provides school employees with the authority to confine a student in seclusion but under very specific guidelines.

“Upon information and belief, the Defendant lacked any authority to confine pupils, 1, 2, 3, 4, 5, and 6,” wrote Deputy Jess Keplinger.

“Further as the Administrator for the Suring School District, she knew she did not have the authority to confine the victims.”

Court records show that Casper’s first appearance in court will be on March 23.

Read the criminal complaint, below: