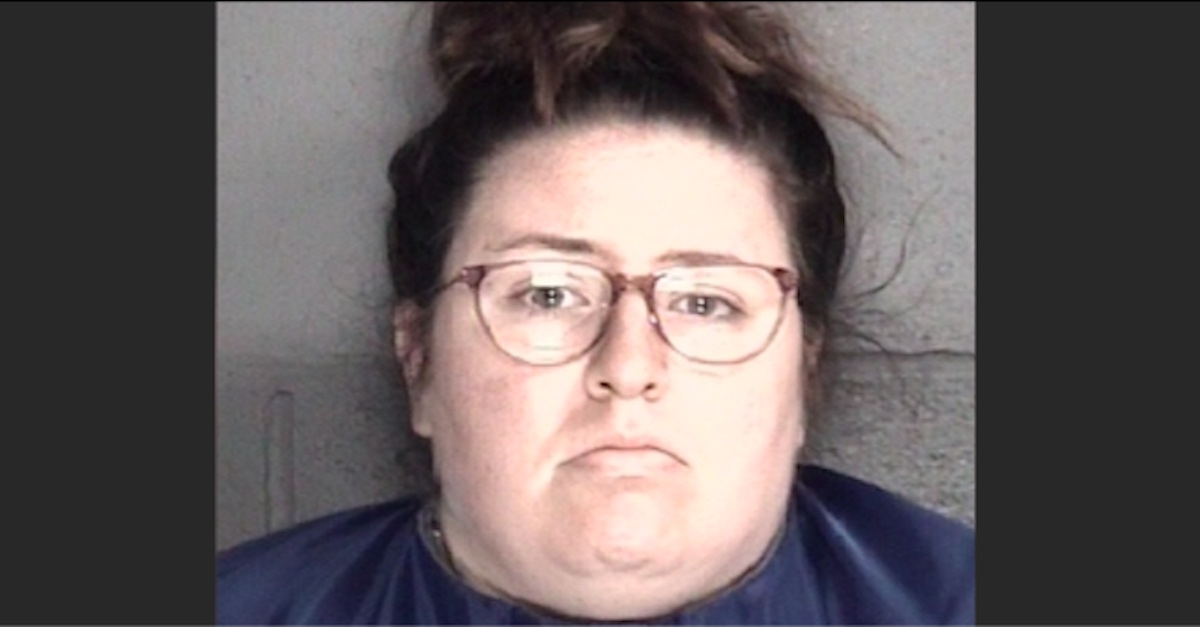 A woman in Kansas this week was convicted of killing a 16-year-old girl in a hit-and-run car accident in August then attempting to cover up the collision by destroying evidence. A jury in Leavenworth County returned a guilty verdict against 28-year-old Amber N. Alexander on charges of second-degree murder in the death of Miranda Lynch.

Alexander was also convicted on one count each of interference with law enforcement, destroying evidence of a felony crime, and failing to stop at an accident which resulted in death or reasonably should have known resulted in death, Kansas City NBC affiliate KSHB reported.

Alexander’s trial began earlier this week and ended Thursday after two and a half days.

According to the report, prosecutors said that on the evening of Aug. 6, Alexander went out to a bar in Lansing where she had several alcoholic drinks and multiple shots over the course of the night and into the early hours of Aug. 7. Surveillance video played during the trial reportedly showed her exiting the establishment at approximately 2 a.m. on Aug. 7 and getting into the driver’s seat of her Subaru Outback and driving away from the bar.

Surveillance camera footage obtained from businesses in the surrounding area reportedly showed Alexander speeding while traveling north on 4th Street. At the same time, Lynch and a 17-year-old girl were riding their bikes on 4th Street, also traveling north. Alexander then struck Lynch with her vehicle near Kiowa Street. Prosecutors said that Lynch’s body landed on the hood of the Outback which Alexander continued to driving for “up to 60 feet” before she swerved the vehicle to “throw her off,” per Kansas City Fox affiliate KCTV. Alexander then continued driving, fleeing the scene by driving over the Centennial Bridge and into the state of Missouri.

In an effort to cover up the hit-and-run, authorities said that Alexander intentionally drove her car off the road to obscure the damage incurred when she hit Lynch. She also filed insurance claims for damage to the vehicle that she said happened in the parking lot, per KSHB.

Investigators reportedly recovered debris from the site of the accident that included pieces of a broken headlight and the passenger-side car mirror. The recovered debris was compared to Alexander’s Subaru and reportedly came back as a perfect match. One person who was at the bar in Lansing with Alexander on Aug. 6 was reportedly able to ultimately identify her as the driver of the vehicle that struck Lynch, KCTV reported.

“The Leavenworth Police did a phenomenal job in their investigation in this crime,” Leavenworth County Attorney Todd Thompson said in a statement following the verdict. “Further, we must thank the public for stepping up and helping in the investigation. We would be nothing without the help of our citizens in keeping our community safe.”

Alexander is currently scheduled to appear in court again on Feb. 2 for a sentencing hearing.