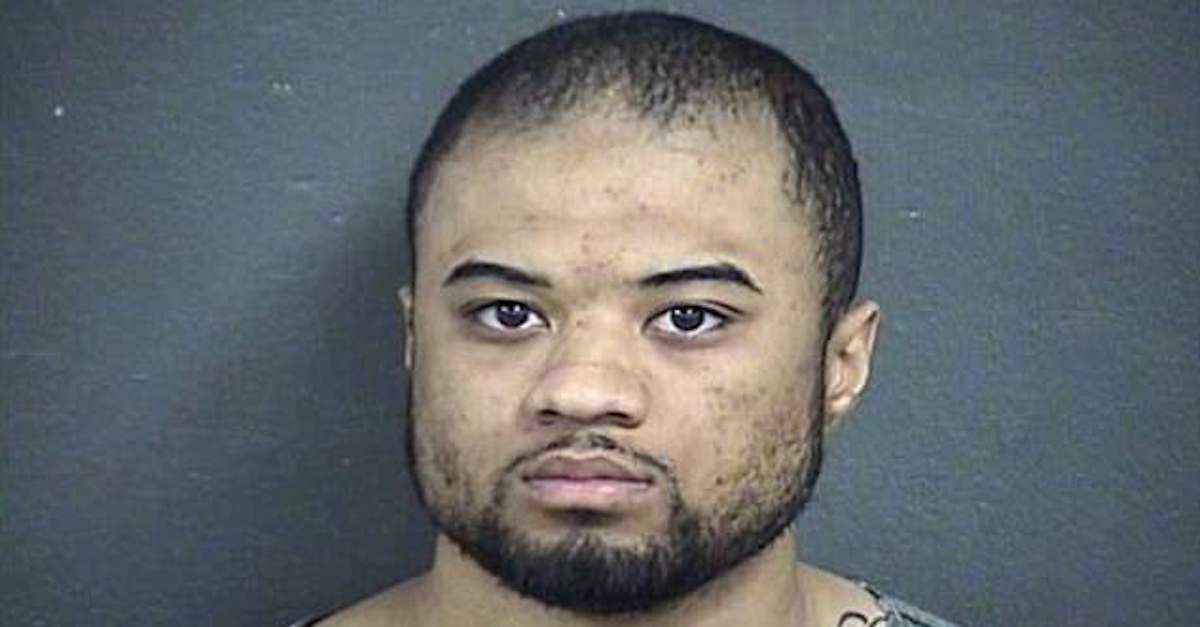 A 30-year-old Kansas City, Kansas man will spend the rest of his life behind bars after being convicted of murdering his pregnant girlfriend. Johnson County District Court Judge James Charles Droege on Friday handed down a sentence of life without the possibility of parole to Devonte Dominique Wash for the fatal shooting of 23-year-old Ashley Harlan in 2018, court records reviewed by Law&Crime show.

A jury found Wash guilty of capital murder in Harlan’s death, a conviction that requires a mandatory life sentence under Kansas state law, according to a press release from the Johnson County District Attorney’s Office.

Prosecutors argued that Wash at approximately 4 p.m. on Jan. 30, 2018 called 911 and told the emergency dispatcher that his girlfriend had been shot at a residence located on E. Westerfield Place near Prairie Street in Olathe. Officers with the Olathe Police Department responded to the home, which belonged to Ashley’s grandfather.

Upon arriving at the scene, first responders said they found Ashley on the ground suffering from what appeared to be multiple gunshot wounds. She was pronounced dead on the scene. Investigators reportedly said that Ashley had been shot three times — one of the shots was to her head — and that her body had been moved after she died, Kansas City FOX affiliate WDAF reported. There was no firearm left at the scene and only a single bullet casing was recovered.

Ashley was approximately 20-weeks pregnant and was going to learn the sex of the baby on the day that Wash gunned her down, The Kansas City Star newspaper reported. She reportedly moved in to her grandfather’s home recently in order to be closer to Wash.

Several of Ashley’s friends reportedly told police that Ashley had been in touch with them the night before she died and told them she was worried about Wash, per WDAF. Family and friends also said that she had become increasingly isolated due to her relationship, with one friend reportedly describing Wash as “controlling” in an interview with The Daily Mail.

Wash reportedly started questioning potential witnesses about their interactions with police and made attempts to find out what information investigators could glean from cell tower data about his whereabouts. A search of Wash’s phone also reportedly revealed that he deleted multiple messages exchanged with a friend just before Ashley’s killing. Detectives executed a search warrant on the home of that friend where they reportedly recovered bullet casings matching the gun used to murder Ashley.

Investigators soon discovered that Wash, who claimed to have never owned or bought a firearm, used cash to purchase a gun from a sporting goods store in Kansas City. The gun and and ammunition were reportedly compatible with the those used in Ashely’s murder.

Additionally, Wash rented a U-Haul truck the day before the shooting under his friend’s name. The vehicle was captured on surveillance camera footage three blocks from Ashley’s grandfather’s home just after the shooting. The friend reportedly told police that Wash told him not to mention the truck to investigators.

Per the Star, prosecutors at trial contended that Wash knew Ashley would be at church that afternoon, so he waited at her home and killed her when she came inside.

“This has been a long four years, and I’m thankful the family stuck with us through this case,” Johnson County District Attorney Steve Howe said, per the Star. “Justice has been done for Ashley today.”