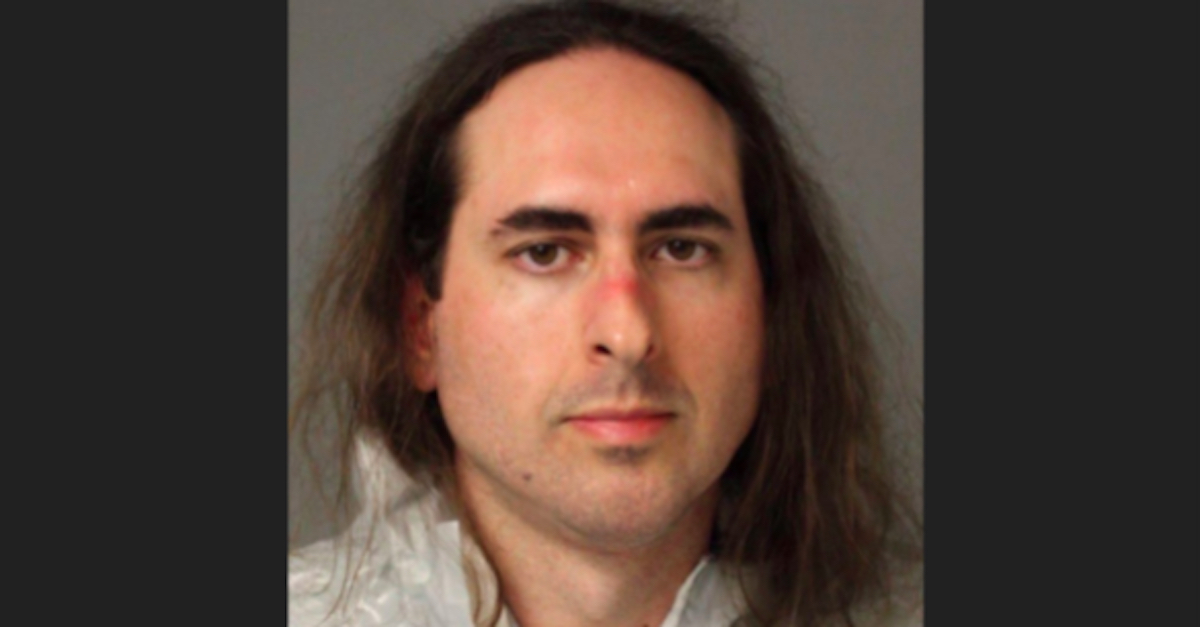 A jury in Annapolis on Thursday found that Jarrod Ramos, the gunman responsible for the 2018 Capital Gazette shooting that left five people dead, had the mental and emotional capacity to understand that his actions were wrong, finding that he could be held criminally responsible for the mass shooting, several news outlets reported.

The jury, which consisted of eight men and four women, unanimously concluded that the 41-year-old Ramos was able to comprehend the criminality of his decision to follow through with a premeditated attack on the Maryland news organization. Ramos’s victims were members of the newsroom: Gerald Fischman, Rob Hiaasen, John McNamara, Rebecca Smith and Wendi Winters.

Ramos had already pleaded guilty to all 23 counts charged against him in connection with the murders in 2019, but his legal team of public defenders also pleaded “not criminally responsible”—akin to an insanity plea in the Maryland—in the hopes that Ramos would be sent to a maximum security psychiatric facility where he’d have an eventual opportunity to be released. Instead, he faces life in prison. Under state law, the burden of proof is on the defendant to show by a preponderance of the evidence “that the defendant was at the time criminally responsible or not criminally responsible by reason of insanity under the test for criminal responsibility.”

According to a report from Baltimore-based CBS-affiliate WJZ-TV, Ramos’s attorneys concluded their closing statement by thanking the jury for their service and telling them it was “natural to have sympathy for the victims in [the defendant’s] violent and horrifying act, but you are not to base your verdict on that type if emotion.”

Earlier in the trial, Ramos’s legal team had four doctors testify that he lived with multiple mental disorders that prevented him from having “the capacity to appreciate the criminality of his conduct or conform it to the requirements of the law,” per a report from The Washington Post.

“Defense experts diagnosed Ramos with autism spectrum disorder, obsessive compulsive disorder and delusional disorder — arguing that those conditions fed his fixation with the Capital Gazette and the Maryland judiciary after he lost a defamation case against the newspaper,” the Post reported. “He lived in that delusion for years, they said, as he plotted his attack against the judges in that case and the Capital Gazette.”

As previously reported by Law&Crime, Ramos sued the Capital Gazette in 2012, but his claims were thrown out by a judge. The defamation suit stemmed from a 2011 article that was written about how Ramos, a former federal employee, pleaded guilty in District Court to a misdemeanor harassment charge for repeatedly contacting a woman online including calling her vulgar names. The victim said she felt in danger for her life.

Ramos sued Thomas Hartley, formerly a staff writer and columnist with the Capital Gazette, and Thomas L. Marquardt, the editor and publisher of the Gazette.

Prosecutors reportedly analogized Ramos’s behavior to playing a game of chess during their closing address, taking just over an hour to explain how he meticulously strategized and planned his every move prior to and during the horrific shooting, WJZ reported.

A psychiatrist testified for the prosecution on Wednesday, telling the court that Ramos had planned on attacking the paper for years, saying the fact that he called 911 after the shooting evinced that he understood the criminality of his actions.

Phil Davis, who worked at the Capital Gazette as a crime reporter at the time of the shooting and survived, breathed a sigh of relief on Thursday as the slowly turning wheels of justice caught up with Ramos three years and 17 days later.

Simply breathing and taking it in. Thanks to everyone who’s been part of the recovery process over these past 3 years. Please keep the victims’ families in your thoughts in the days to come.

That something could be created out of such pain will always hold a special place in my memories and is what I’ll try to focus on when I think back to this time in my life in the years to come.

“Simply breathing and taking it in. Thanks to everyone who’s been part of the recovery process over these past 3 years. Please keep the victims’ families in your thoughts in the days to come,” Davis said of the colleagues he lost. “Please stop by the memorial if you’re ever in Annapolis and take a few minutes to read about Wendi, Rob, Gerald, Rebecca and John.”