Dolly Hendrickes Gets Life for Murder of Andres Claudio

Murder by Minivan: Pennsylvania Woman Who ‘Felt Disrespected’ Gets Life in Prison for Running Over and Dragging Boyfriend 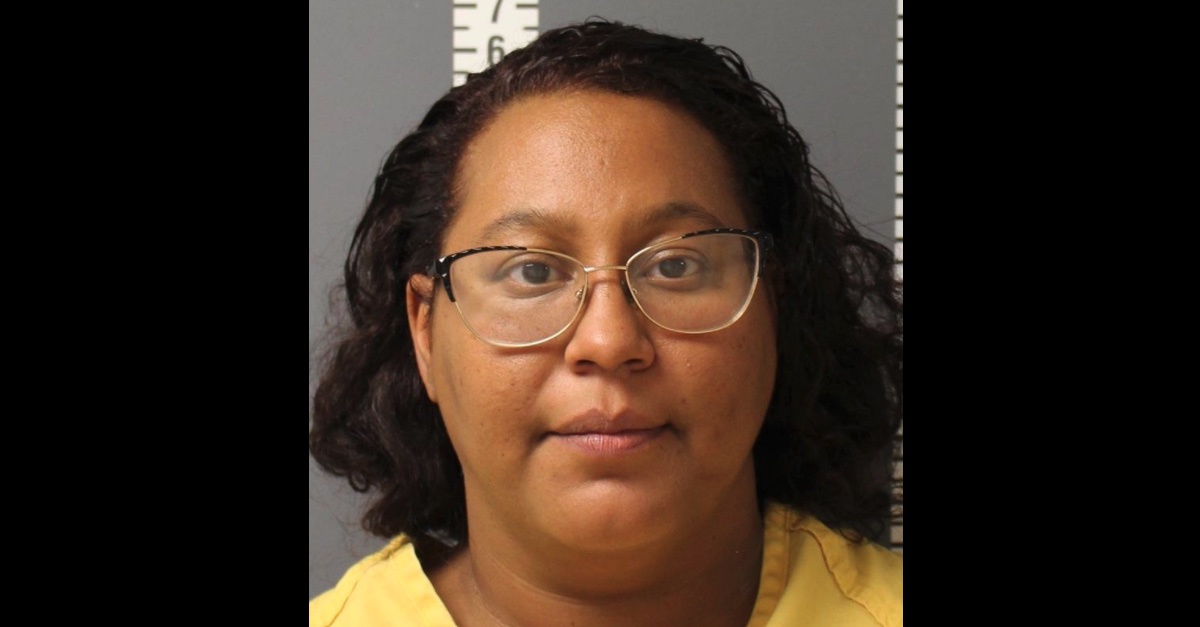 A Pennsylvania woman reportedly offered no reaction Wednesday when she sentenced to life in prison after being convicted of murdering her boyfriend by hitting him with her minivan and running him over.

Dolly Hendrickes, 40, killed her boyfriend Andres Claudio, 68, in October 2019 by running him over at an intersection in Harrisburg. Claudio had gotten out of the car during an argument with Hendrickes and was crossing a median when she struck him from behind.

Hendrickes was convicted of first-degree murder on Wednesday, after a jury deliberated for just 45 minutes.

“Your actions in this case were as bizarre as they were horrific,” Judge Richard A. Lewis said to Hendrickes at sentencing Thursday, according to a Patriot-News report. “Then you drove home and relaxed on your back porch.”

The gruesome incident was captured on the dash cam of a nearby tractor-trailer that was stopped for a red light, according to another Patriot-News report on the trial.

“The jury repeatedly watched Claudio walk in front of the rig and onto the large concrete median as Hendrickes’ van ripped by and struck him from behind,” the Patriot-News said. “Claudio had gotten out of the van moments earlier amid an argument with Hendrickes. Police said he was dragged about 30 feet under the van and across the median before Hendrickes drove away and left him lying fatally injured in the street.”

Hendrickes had testified that she and Claudio had been arguing when he got out of the van and walked away, according to the report. She said she “felt disrespected,” and also that she was experiencing psychosis.

During her testimony, Hendrickes said that she was already having a rough day when Claudio had called her, asking for a ride. She said that as she drove to pick him up, “My psychosis began to kick in … My thinking was foggy,” the Patriot-News reported.

She said she and Claudio were arguing about the children—she had seven, and described Claudio as the “probable father” of two of them—when he reached for his pocket. Hendrickes testified that she thought he was reaching for a weapon, although he was only trying to get his keys.

“He’s attacking me. I’m attacking him back,” Hendrickes said, according to the report. “I’m feeling scared. I’m shaky … I’m hurt. Just the hurt and frustration. My mind was going like a mile a minute.”

Hendrickes also said that she was “remorseful” about the incident, and that she missed Claudio.

Prosecutor Stephen Zawisky, however, painted a very different picture of Hendrickes during the attack, according to the Patriot-News.

On cross-examination, Zawisky had her watch the crash video again.
“You’re in complete, 100 percent control of that car, aren’t you?” he asked.
“That is correct,” Hendrickes replied.
“You could feel his body underneath that van, couldn’t you?” the prosecutor continued.
“Yes,” Hendrickes said.

Hendrickes’ attorney, public defender Paul Muller, had urged jurors to convict her of the lesser charge of voluntary manslaughter.

Hendrickes didn’t speak at her sentencing hearing. Muller asked Judge Lewis to refer Hendrickes for mental health treatment in prison, and Lewis agreed to this request.

Assistant District Attorney Julia Jacobs reportedly read a letter by Claudio’s son, who criticized Hendrickes for trying to present his father as an abuser, despite also saying that Claudio was a hard worker.

“I’m happy that my dad can now rest in peace knowing justice was served,” the younger Claudio wrote, the Patriot-News reported.