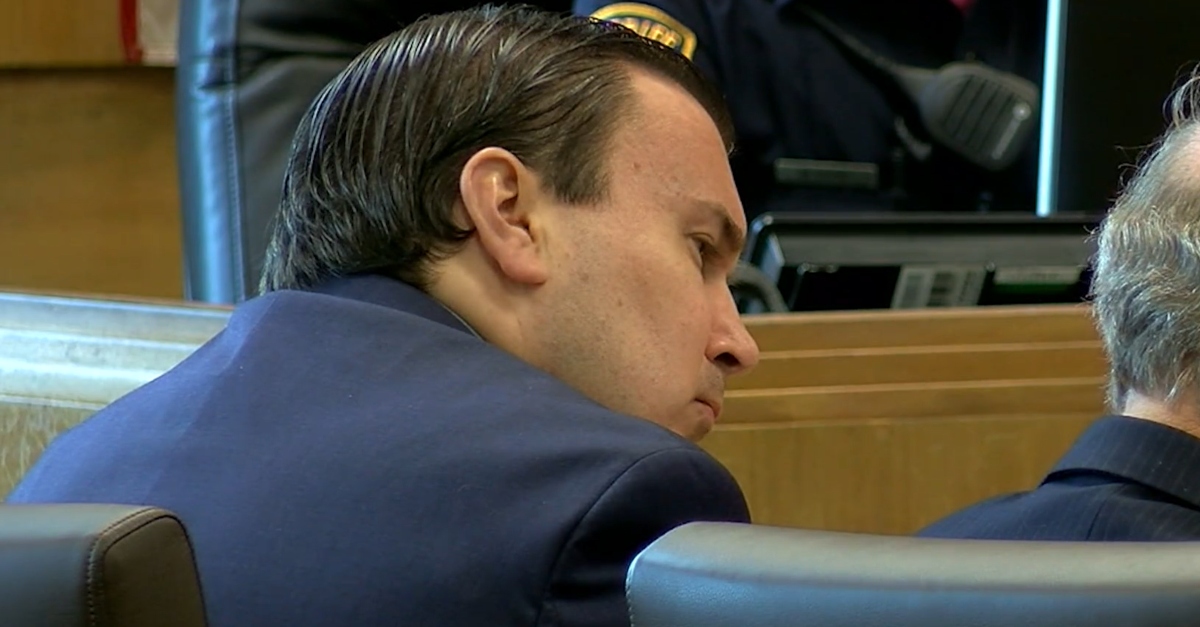 Jurors only took about an hour to convict a Texas nurse of capital murder for killing four patients. William George Davis, 37, was convicted by his peers in a Smith County courtroom on Tuesday, according to The Tyler Paper.

Davis’ M.O. was to inject air into patients’ arterial systems, leading to their deaths at Christus Trinity Mother Frances Louis and Peaches Owen Heart Hospital in 2017 and 2018, prosecutors said.

For example, victim Joseph Kalina was recovering from heart surgery, but had a neurological event on Jan. 25, 2018, and died from brain damage two years later. Prosecutors said surveillance footage showed Davis was the last person to enter the room before the health calamity, and that Davis claimed he was in the room to silence an IV pump. There was no alarm going off, however, according to testimony. Davis kept the other nurses in the dark, and contrary to his claims that he went to help Kalina immediately during the neurological event, footage showed him being far slower than that.

The method was pretty much the same in killing Ronald Clark, Christopher Greenaway, and John Lafferty, authorities have said. Davis was the only nurse on the floor in each of the four fatal incidents, they said.

He did not testify in his own defense.

Defense lawyer Phillip Hayes argued that the patients showed signs of watershed strokes and could have died from prior health problems. He maintained his client was just a scapegoat.

Juror did not believe this. Instead, they were persuaded that Davis was a murderer.

The sentencing phase started Wednesday, according to The New York Daily News. Prosecutors are seeking the death penalty.