Texas Man Sentenced to Prison for Strangling Wife to Death After Night at Strip Club, Burning Body in Backyard Shed 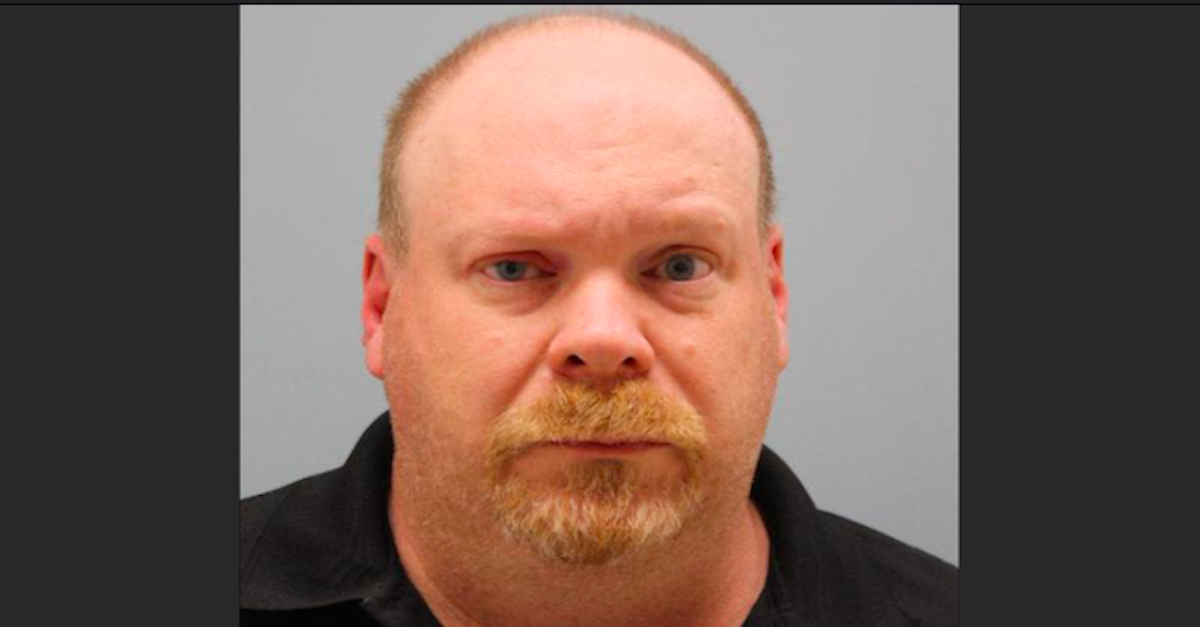 A Texas judge has issued a sentence for a man convicted of strangling his wife to death and then burning her remains in a backyard shed.

Harris County District Attorney Kim Ogg on Wednesday announced that 46-year-old Jay Patrick Hammersley of Katy was sentenced to 40 years in state prison for murdering his 29-year-old wife Mara Vestal in February 2019. A jury agreed with prosecutors that the defendant then discarded his wife’s remains, which were never recovered, according to a report from Houston NBC affiliate KPRC-TV.

Prior to handing down the verdict, the Harris County Court judge permitted several members of Vestal’s family to address the court and read victim impact statements.

Hammersley and Vestal went to a strip club on the night of Feb. 16. On their way home from the strip club, the two got in a verbal argument, the Houston Chronicle reported online. The verbal barrage continued to escalate and became physical after they reached their home. Hammersley reportedly claimed that Vestal started hitting him first, and he reportedly responded by strangling her to death on their bed.

Following Vestal’s death, Hammersley reportedly dragged her body to a shed in the backyard of their home and placed her inside where he stored her remains for two days. Per KPRC, he then told a friend what had happened and asked if the friend would be willing to help him cover up the murder. The friend turned him down.

In order to dispose of Vestal’s remains — which still have not been recovered — Hammersley reportedly purchased more than 100 pounds of charcoal which he used to cremate his murdered wife’s body inside the backyard shed.

According to the criminal complaint, he put his wife’s ashes into a series of trash bags and left them on the curb. However, garbage collectors did not pick up the bags, so Hammersley reportedly drove the remains to his place of business, RV & Car Care, where he threw them in a dumpster.

The Chronicle reported that Hammersley told investigators he “did a good job” of disposing of the body.

KPRC reported that Vestal’s family members contacted the Harris County Sheriff’s Office in March after they became concerned when she stopped answering their calls and responding to text messages. Soon after, Hammersley on March 19 attempted to file a missing persons report for his wife, but investigators overseeing the case said his story continued to change and didn’t match information already known to police.

KPRC reported that Hammersley again spoke to the friend he had asked to help with the coverup by lying to the person and saying he’d reported his wife’s murder to the police. When the friend discovered Hammersley was lying, the friend is the one who reported the crime to police.

Hammersley turned himself over to the authorities on April 3 and was charged with murder and tampering with a corpse. He pleaded guilty to the charges earlier this month.

“This is a situation where they got into an argument one night and he strangled her,” Abner told KPRC. “Unfortunately, this is not an uncommon situation. Domestic violence is rampant, and we hope that by holding offenders accountable, we can prevent this from happening to other victims.”

On June 16, 2017, Vestal posted on Facebook saying that she loved Hammersley despite apparent troubles in their relationship. She said that “what doesnt kill us will always make us stronger !!” 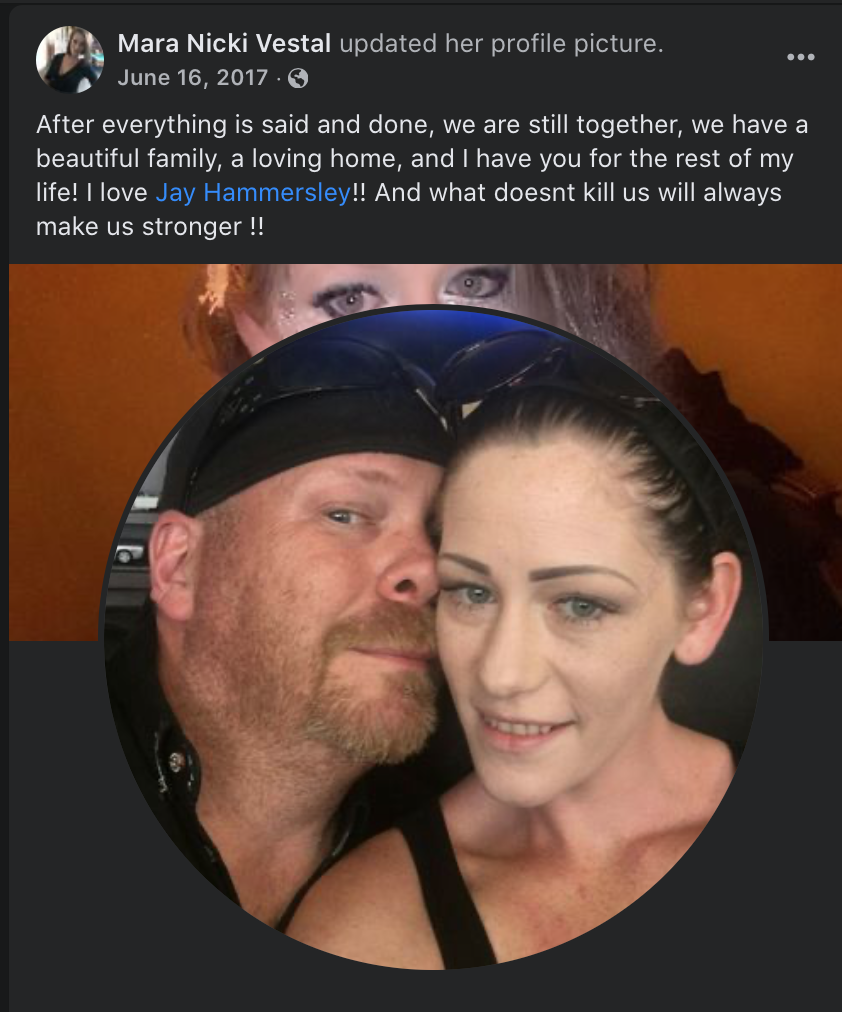 “After everything is said and done, we are still together, we have a beautiful family, a loving home, and I have you for the rest of my life! I love Jay Hammersley!!” Vestal said, posting a picture of the two of them together.