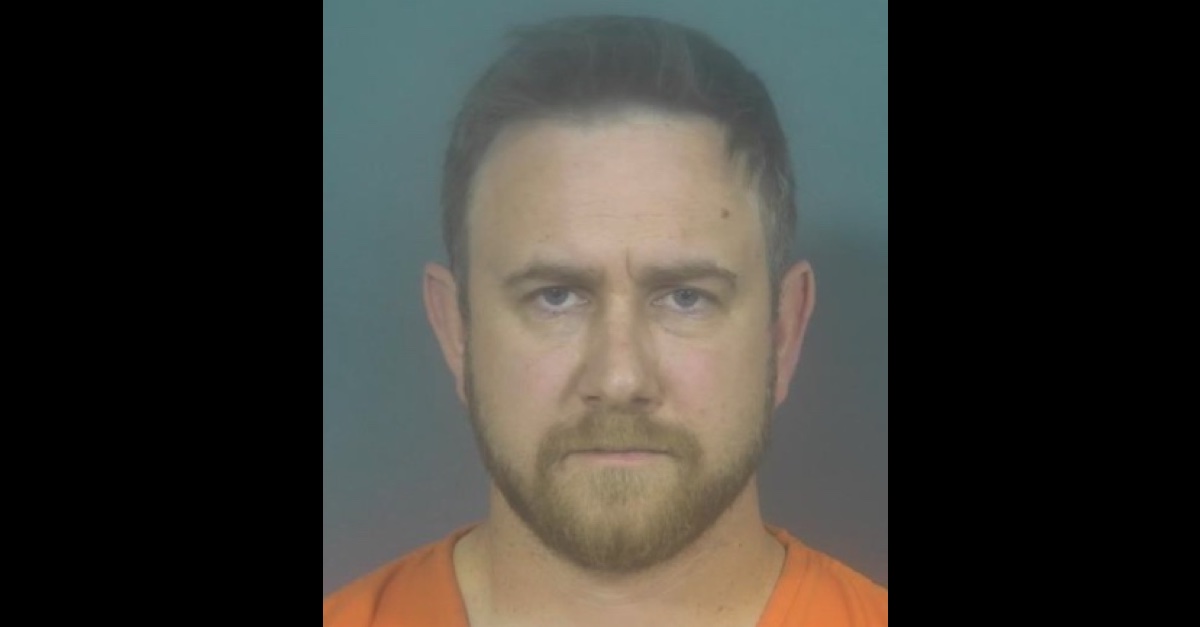 An Indiana cop is facing multiple sex crime and misconduct charges, after allegedly pursuing a 16-year-old girl at her work, and telling her that there was “nothing wrong” with what he was doing.

He was arrested Tuesday.

According to the charging documents, Barber, first met the girl at her workplace—an unidentified drive-through restaurant—and eventually asked her for her phone number.

Starting sometime in August, Barber would pick up the girl from work while he was in uniform. The unidentified victim told investigators that “she had sexual intercourse with Barber … in his South Ben Police patrol vehicle while Barber was in full police uniform.”

According to the complaint, Barber had told the girl that he was not committing a crime.

“Victim 1 disclosed when she discussed her age with Barber, that Barber told her that he looked it up ‘in the books’ and discovered that there was nothing wrong with him having sex with the 16-year-old,’” the documents say.

The girl also told investigators that she “felt like she had to have sexual intercourse with Barber and felt intimidated by Barber because he was a ‘cop.’”

One time, according to the complaint, Barber came to the drive-through where the victim worked in his patrol car, and “appeared in a state of nudity exposing his genitals” to the girl.

The alleged crimes took place between Aug. 1 and Sept. 1, the charging documents say. The girl’s parents reported Barber to the police after they discovered what was going on.

In a statement published on Facebook, the South Bend Police Department said it takes the allegations against Barber very seriously.

“No one is above the law, including police officers,” the statement said.

“These allegations are disturbing and have no place in SBPD or the City of South Bend,” said Mayor James Mueller. “Chief Ruszkowski and SBPD will continue to work with partnering agencies and will move immediately to place this officer on unpaid leave until the conclusion of the legal process.”

“We will always be dedicated to protecting and serving our community and we take all crimes and allegations seriously; even those involving our officers,” said SBPD Chief Scott Ruszkowski. “The officer was immediately relieved of duty two weeks ago when we were made aware of these allegations. Now that criminal charges have been filed, I will ask the Board of Public Safety tomorrow to place him on unpaid leave pending the criminal trial.”

The department will fire Barber if he is convicted, the statement said.