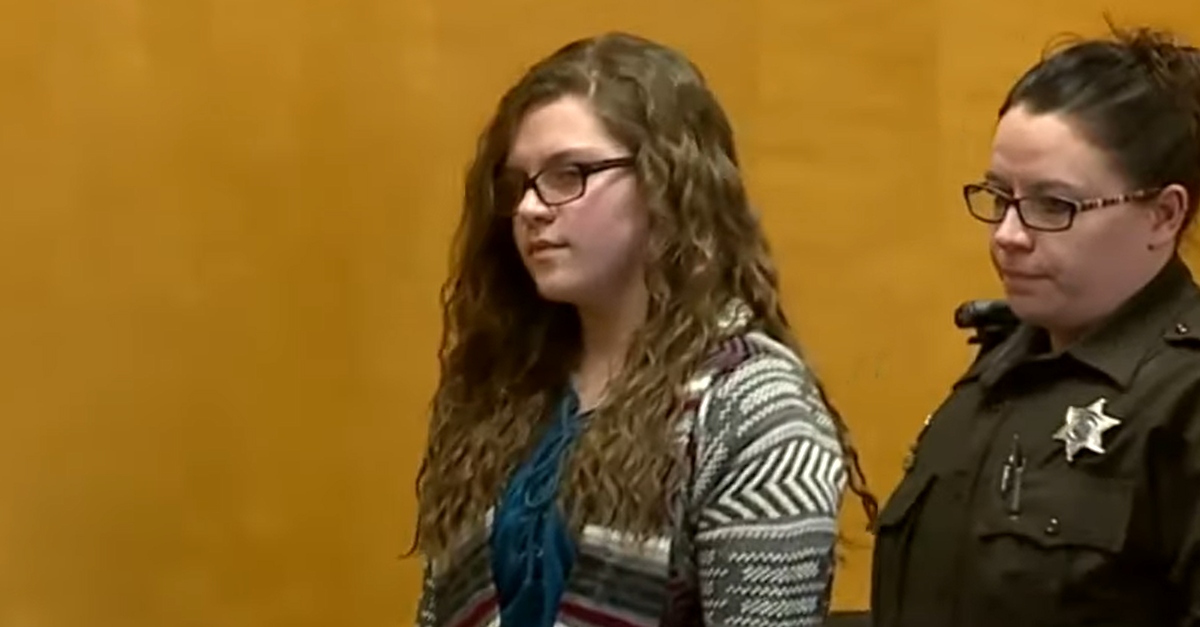 Freedom is a matter of time for a young woman who helped try to kill a classmate over an Internet-infused delusion.

A Wisconsin judge formally approved the release of Anissa Weier, 19, who encouraged co-defendant Morgan Geyser, 19, to stab Payton Leutner in a fateful 2014 attack. Judge Michael O. Bohren began the process in July but scheduled a hearing for Friday to discuss the plan for conditional release. Now Weier knows when she will leave the Winnebago Mental Health Institution. It will be Monday. From new court records:

The Court finds that the report is fair and reasonable and provides protection for both the community and Ms. Weier.
The Court approves the conditional release plan and authorizes the release of the report.
The Court orders Ms. Weier’s address be sealed/redacted, so ordered.
The Court approves the request for the modification of the GPS language and orders the Court be notified 30 days before.
The Court directs Ms. Weier to be returned to Winnebago Mental Health Institution until Monday at which time to be released from their facility.

Weier and Geyser, then middle school students, lured Leutner to a wooded park in the Milwaukee suburb of Waukesha in 2014. The motive for this attack was to appease the so-called Slender Man, a creepypasta character best known for appearances in video games. Ostensibly, they wanted to protect their families from the sinister, enigmatic being. The teenagers left Leutner for dead, suffering 19 stab wounds, but she survived her near fatal injuries.

Weier was convicted in the Slenderman stabbing. On Monday, she will get to live with her father. pic.twitter.com/EGbH6JUiWN

Ultimately, Weier and Geyser convinced jurors and officials that they needed help not punishment after what happened. Both girls were found “guilty but not guilty” due to mental “disease/defect” — in the parlance of the Wisconsin court system.  Judge Bohren wrote in July that there is no “clear and convincing evidence” Weier remained a danger.