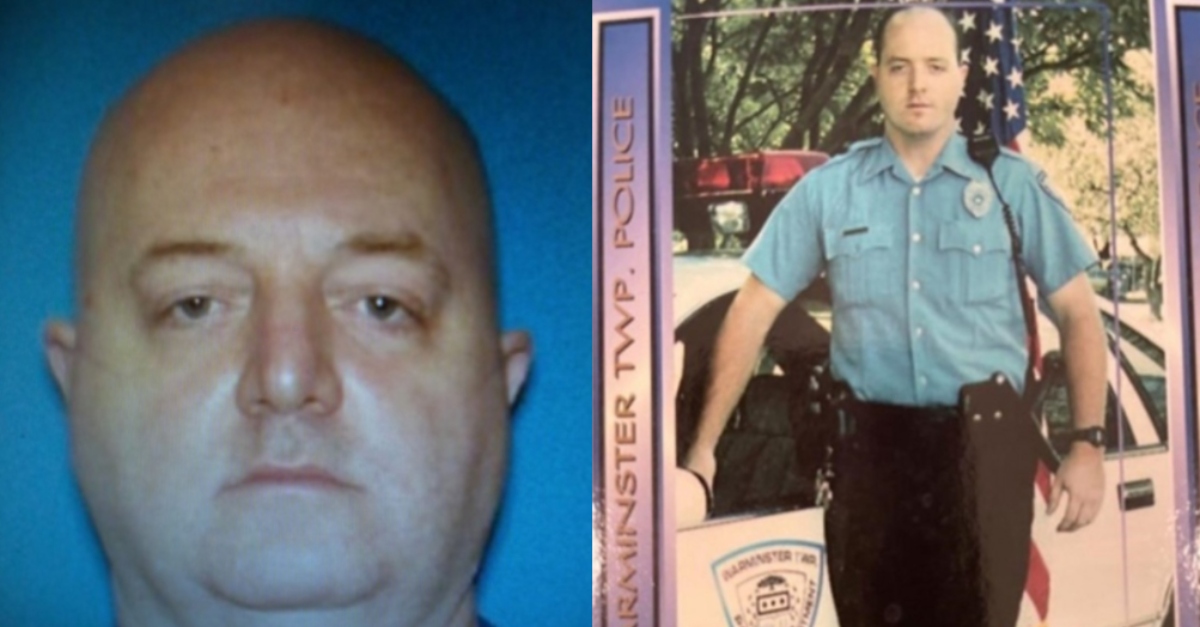 A judge raised the bail on Monday of alleged sexual abuser and former cop James Carey, 52, saying the original $100,000 amount was “woefully inadequate.” Now the defendant, who had been released on the previous number, faces a $250,000 cash bail.

Carey’s attorneys argued that he was not a flight risk and was cooperative, according to CBS Philadelphia. They maintained prosecutors were just mad he quickly bonded out two weeks before.

According to the Bucks County District Attorney’s Office, their Detective Greg Beidler testified that they have heard from other potential victims since announcing the case against Carey on April 7.

Authorities previously voiced concern that the defendant might have hurt more minors than just the four teenage boys related to the current 122 charges.

Investigators said that the defendant used his position with the Warminster Township Police Department to get close to the vulnerable victims and abuse them — even manipulating the adults in their lives.

“Carey ingratiated himself into the lives of minor children, in particular, those who were already facing challenges in their lives,” stated documents. “He used his position and authority to groom, not only the children, but their adult caregivers. The grooming tactics he used were pervasive, manipulative and calculated such that he not only lowered the minor’s guard but also attempted to provide an assurance that his crimes would go unreported and if reported, not believed.”

“Carey was a police officer for Warminster Township from 1989 to 2009, and previously and briefly worked for the North Wales Police Department in Montgomery County (June 1988 to August 1988) and the Warwick Township Police Department (July 1988 to May 1989),” authorities said.

Three of the victims said they met Carey when they were students at Log College Middle School, and he was the resident officer for the anti-drug prevention program D.A.R.E. One of boys said that that Carey supervised his community service.

“Carey would take MW2 to Carey’s home and have him perform different chores and sexually assault him,” they said. “Carey would then sign off on MW2’s community service paperwork.”

A fourth said the defendant invited him to his house to play video games. “Nothing happened” after he initially reported abuse to the Warminster police, the D.A.’s office said.

Investigators said the scope of Carey’s contact with kids was even broader than that. He also ran the Fire Explorers program for the Warminster Township Fire Department with alleged co-conspirator Charles “Chuck” Goodenough, 60, who authorities said died in a drug-induced suicide after detectives executed a search warrant at his home.

Alleged abuse was on police radar during Carey’s time with the department. Bucks County DA detectives looked into him in 2001 for an abuse claim involving a 17-year-old boy, but that went nowhere because the age of consent was 16, and authorities said they did not have enough information to go on. No charges were filed, but then-Bucks County D.A. Diane Gibbons told Warminster cops about this in a letter, saying Carey’s actions were very concerning.

The defendant was actually fired from the department in 2005 for something that had nothing to do with the alleged abuse of minors, but got his job back in December 2006 after arbitration, investigators said. The fourth victim made another abuse report in 2006 after the initial firing.

Carey worked with the Driftwood Campground in Cape May County, New Jersey before he got his police job back, authorities said. NJ state cops investigated him for alleged abuse of minors on the campground, but again, no charges were filed.

Bucks County authorities noted that Warminster police had to take Carey back in 2006 because of the arbitration, but the defendant would never do police or patrol work, even into May 2009, when he reached a retirement settlement with the department.

The Bucks County District Attorney’s Office strongly believes there are more victims in this case and ask anyone with information contact Bucks County Detectives at 215-340-8216 or 215-348-6504.