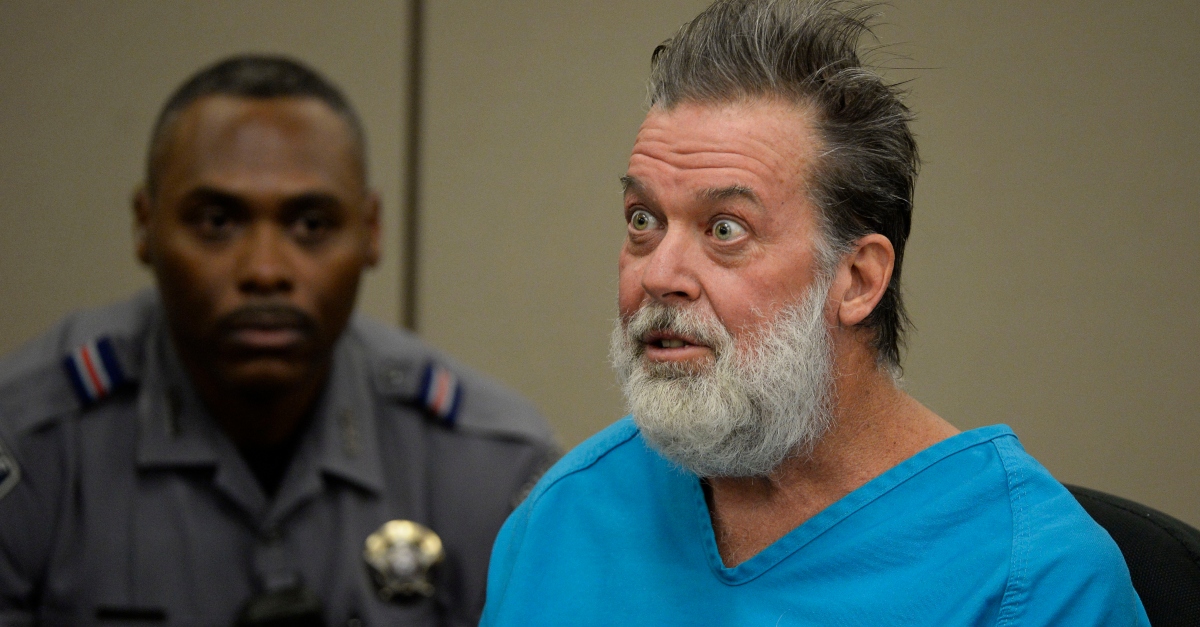 The man charged with attacking a Planned Parenthood in Colorado may have to take medications against his will. As part of his oft-cited court outbursts, Robert Lewis Dear, 63, has asserted he was “not crazy,” but he won’t get a say in the matter.

The judge in his federal case ordered the Bureau of Prisons on Monday to give both sides of the case its proposed treatment plan to make him competent for trial, “including the involuntary administration of antipsychotic medications.” The defense still has room to argue that such medication could harm his health.

Dear opened fire at a Planned Parenthood on Nov. 27, 2015, killing police officer Garrett Swasey, 44, Army veteran Ke’Arre M. Stewart, 29, and mother of two Jennifer Markovsky, 35, authorities said. There is no dispute from him that he did it. He has called himself a “warrior for the babies,” and said he was guilty. Planned Parenthood is the nation’s leading abortion provider. According testimony at an April 2016 hearing, Dear told one detective he didn’t want to be found mentally incompetent since it would undermine his anti-abortion message.

While a multitude of other cases have started and ended since then, Dears have trudged their way through state and federal courts. He has been declared incompetent in both matters.

Outbursts marked his in-court appearances, even accusing his defense lawyers of conspiring with Planned Parenthood, trying to “drug” him. Indeed, he called state Judge Gilbert Martinez a “filthy animal” back when he was declared incompetent in state court in 2016.

As he was lead out Dear yelled at the judge, “That’s called prejudiced! Prejudiced! Fifthly animal!”