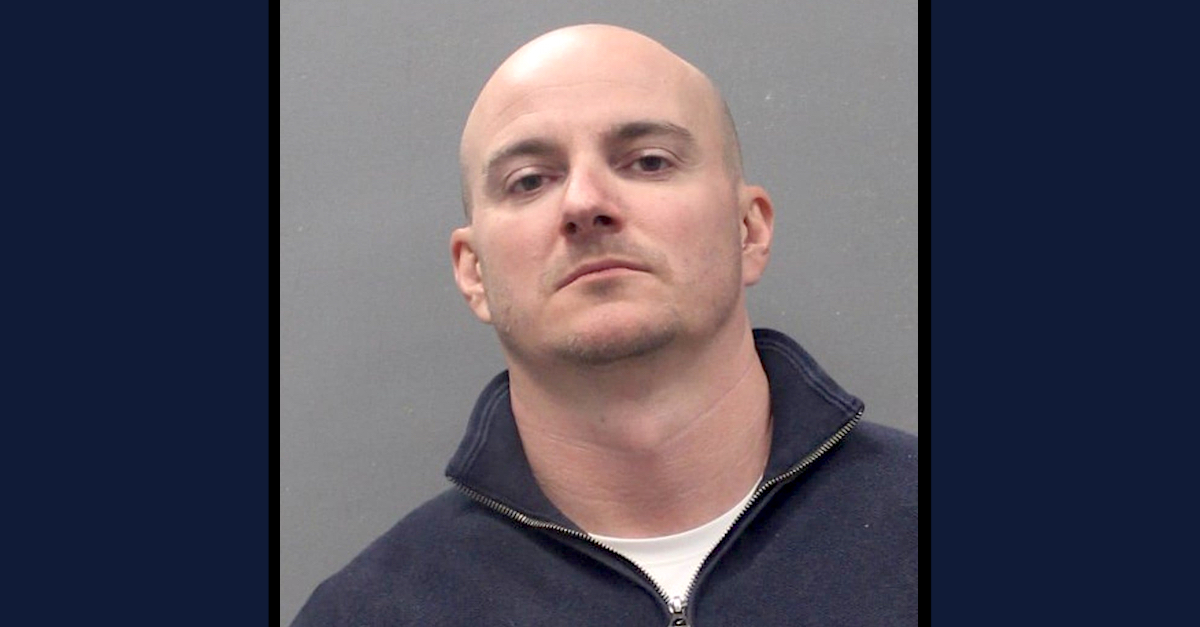 A physician assistant is accused of stalking his ex-girlfriend and then killing her husband.

Jacob L. Klein, 40, of Wirtz, Va., will face a count of murder in the second degree after he’s brought back to New York State, Albany County Sheriff Craig Apple said in a press conference on Saturday that was carried by a number of area newspapers and television stations.

Officials believe that Klein drove his personal vehicle from his residence in Franklin County, Virginia to the Albany, New York area. There, he allegedly rented a vehicle from Enterprise and used it to spy on both the Rabadi residence and on St. Peter’s Hospital, where the victim and his wife both worked — also as physician assistants, according to the hospital website.

Subject in custody regarding the New Scotland homicide from earlier this week. Thank you @FBIAlbany @VSPPIO pic.twitter.com/LcKSfhhJ3K

Rabadi’s wife, Elana Z. Radin, was unaware she was being stalked, Sheriff Apple said. Rabadi, the husband, did not know Klein, the sheriff added.  Apple noted that Radin is not considered a suspect in her husband’s murder.

The Times-Union identified Klein as Radin’s ex-boyfriend.  Klein grew up in Cobleskill, about 45 minutes west of Albany on Interstate 88, according to the T-U.

Apple did not disclose an alleged motive for the stalking but suggested authorities had figured one out.

The wedding registry website Zola indicates that the couple was only recently married — on Sept. 10, 2021. 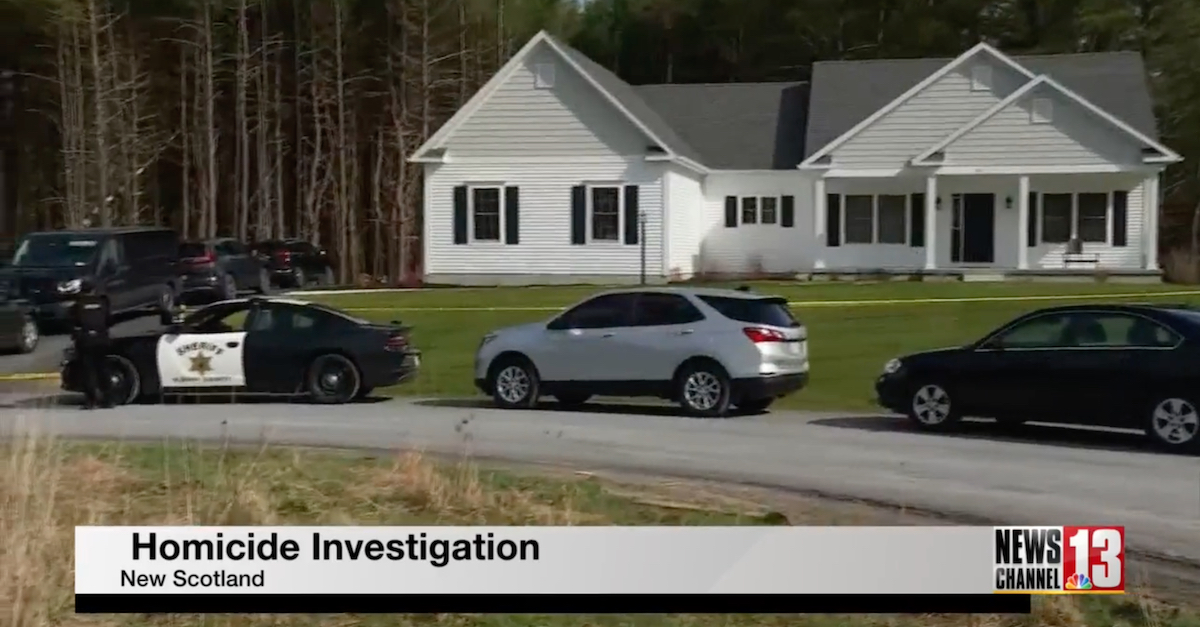 The authorities believe Klein waited for Radin to leave home for work early Wednesday morning. Citing Ring and Nest camera videos provided by neighbors, the authorities believe Klein approached the home; Rabadi opened the door and appeared to respond as if a weapon was shown, said a source for the Times-Union. The victim retreated into the home, and Klein followed, the source said.

Authorities said that the wife called 911 after her husband did not arrive for work. A deputy, who arrived at the home around the same time as the wife and the victim’s father, found Rabadi dead, Apple said. Injuries included multiple stab wounds to the upper body and head, the authorities reportedly said.

Klein allegedly returned the rented vehicle and was back in Virginia by Thursday.  Law enforcement officers combed the New Scotland neighborhood where the killing occurred for several days looking for clues.  Some of the search efforts included donning SCUBA gear and examining a nearby pond, according to video of the scene from Albany NBC affiliate WNYT. 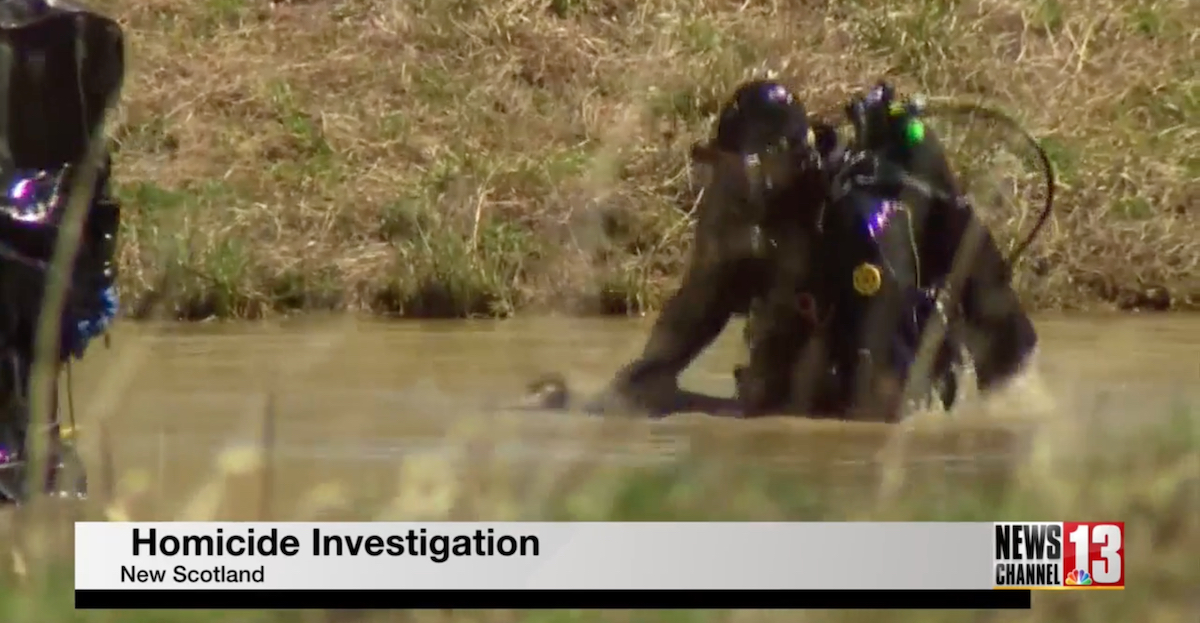 A SCUBA diver searched a pond near the Rabadi home. (Image via WNYT-TV screengrab.)

A federal agents held a stakeout on him overnight, according a source for the newspaper.

Klein on Friday allegedly drove into Tennessee, stopped in Memphis, and returned to Virginia.

Apple said Virginia and Tennessee state troopers arrested Klein on Friday. A source for the Times-Union said Klein during the final confrontation appeared to have reached toward his glove box — where authorities later found a handgun — but he stopped. He was otherwise arrested without incident, the newspaper said.

Klein was locked up at the Abingdon Regional Jail in Virginia, online records show. Authorities cannot talk to him because he has an attorney, Apple said. He is scheduled to be arraigned before a federal magistrate judge for unlawful flight from prosecution, Apple said.