‘It’s Unimaginable What He Did’: Admitted Killer Sentenced to Prison for ‘Unbelievably Horrific’ Rape and Murder of 13-Year-Old Girl He Met Through Instagram 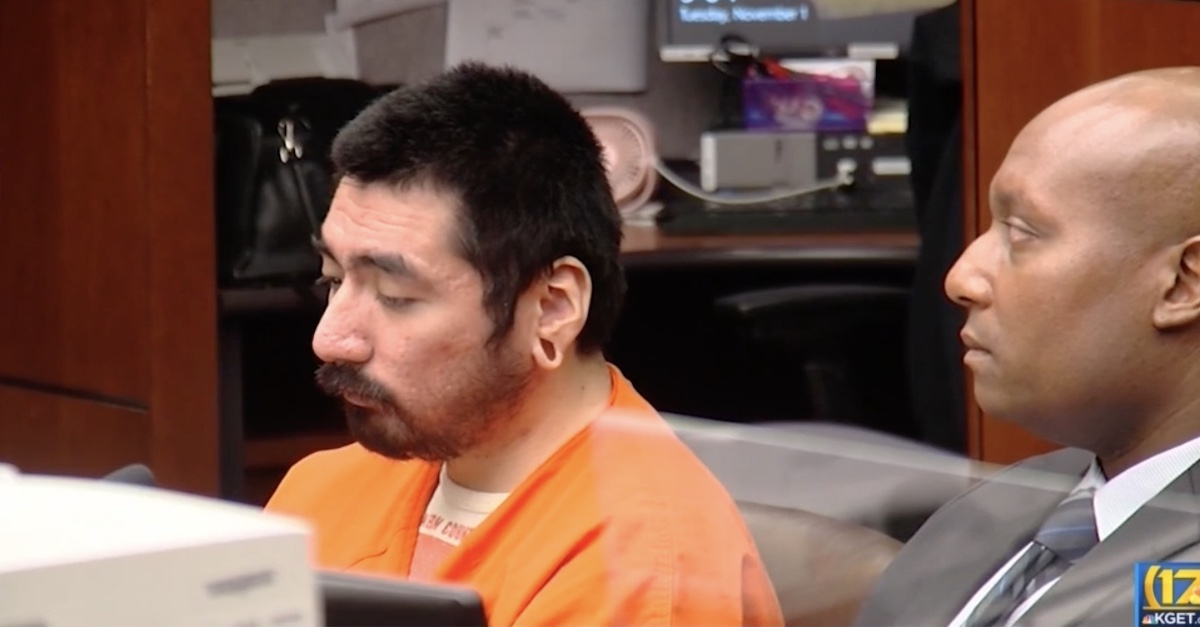 A 26-year-old man in California will spend the rest of his life behind bars after admitting to raping and murdering a 13-year-old girl before setting her body on fire.

Cruz earlier this month pleaded guilty to a series of crimes, including first-degree murder, forcible rape, oral copulation with a child, and aggravated sexual assault, among other charges. He pleaded guilty after reaching a deal with prosecutors in which the state agreed not to seek the death penalty in exchange for Cruz accepting a sentence of life without the possibility of parole (a death penalty moratorium in the Golden State remains in place).

According to a report from Bakersfield ABC affiliate KERO-TV, Patricia was last seen alive on the night of July 1, 2020, when a neighbor’s Ring doorbell camera captured her leaving her home and getting into a white Ford pickup truck. Investigators later discovered that the truck was registered to Cruz.

Investigators soon found conversations between Patricia and Cruz on the victim’s Instagram account in which the two exchanged sexually explicit photographs before the older man insisted that the child meet him in person, court documents reportedly showed. Per the report, those documents further showed that Cruz was fully aware of the girl’s age when he drove more than two hours from Bakersfield to Los Angeles to meet with Patricia on two occasions for the purpose of engaging in illicit sexual acts.

The second time, Cruz refused to let the screaming victim go, strangled her, and used duct tape to tie her up, the KERO report said.

After killing Patricia, Cruz told police he continued to rape her before dousing her body in lighter fluid and setting it aflame at a construction site, according to a report from the Bakersfield Californian. He reportedly directed investigators as to the whereabouts of Patricia’s body and the child’s cell phone.

“It is unimaginable what he did in this case,” she reportedly added.

Vivianna Alatorre, Patricia’s sister, reportedly addressed the court on Tuesday and reportedly told Cruz that what he did to her sister’s body forced the family to have a closed casket funeral. She also reportedly said that her sister’s murder had deeply impacted her life, frequently leaving her afraid that she too could be killed at any moment.

“Having a sibling murdered changed me deeply,” KGET quoted her saying. “It changes your soul.”

Vivianna was reportedly one of more than a dozen family members who attended Tuesday’s sentencing hearing.

In a letter to the court, Patricia’s mother, Clara Alvarez, reportedly referred to Cruz as a “monster” multiple times.

“This child murderer is a cruel and ugly sick-minded person who should never see the light of day ever again,” she reportedly wrote.

In addition to murdering Patricia, Cruz also pleaded guilty to possessing depictions of minors engaged in sexual conduct after authorities reportedly discovered more than 600 images of child pornography in his possession, several of which included a child under the age of 12.