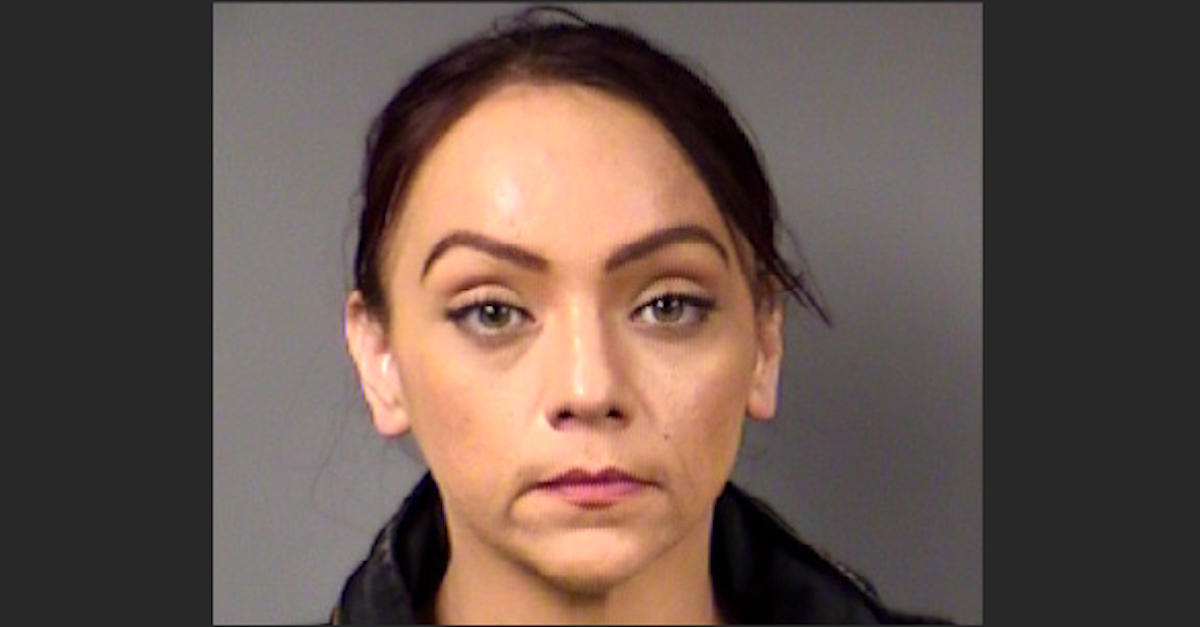 A woman in Texas was arrested after police say she hogtied a 1-year-old girl and imprisoned a 2-year-old boy in a playpen that was covered “like a cage,” then left both toddlers in a locked in a bedroom. Priscilla Ann Salais, 37, was taken into custody on Tuesday and charged with two counts of endangering a child, San Antonio ABC affiliate KSAT reported.

According to the report, officers with the San Antonio Police Department and firefighters on Sunday, Jan. 9 responded to a 911 call at a residence located on Bailey Avenue close to Rigsby Avenue on the Southeast Side. The caller reportedly told the dispatcher that she needed help because her grandchildren were locked in a bedroom in the home.

Firefighters reportedly broke down the bedroom door where they made an alarming discovery, finding two filthy toddlers who appeared to have been intentionally restrained and physically abused. A younger third sibling was reportedly found at a different location with a different family member.

“We had to breach the door to the bedroom to get in. Inside they found a one-year-old little girl who was bound – hands and feet – hogtied. Hands and feet bound together. A black eye. Bloody lip,” San Antonio Police Chief William McManus told Philadelphia Fox affiliate WTXF. “And a little boy – a two-year-old little boy – who was in a playpen that was covered on top. So it was like a cage.”

The playpen was reportedly covered across the top by a changing table topped with a baby carrier, completely shutting the boy inside the enclosure.

McManus said that both of the young children were “heavily soiled” and crying when authorities found them. He added that both of them were taken into custody by police and brought to a local hospital for a medical examination before being turned over to Child Protective Services.

The mother of the children, identified only as Isabella, reportedly told KSAT that Salais is her stepmother. Per an affidavit obtained by the station, Isabella temporarily turned over custody of her kids to Salais because Isabella and the children’s father were being investigated by CPS over allegations of abuse. Isabella reportedly told the station that she trusted Salais to take care of her kids. CPS reportedly said that Salais is not licensed as a foster parent in the state of Texas and was caring for the children at Isabella’s request.

Asked if she had a message she wanted to share with her kids, Isabella reportedly said: “Tell them that I’m sorry, I’m sorry that it got this far and that I should never have trusted anybody with them. And that I just want them to come home already.”

As she was being taken into custody by police on Tuesday, Salais reportedly denied the allegations, calling them “bullshit,” and saying that police needed to “get their facts straight,” The Daily Mail reported.