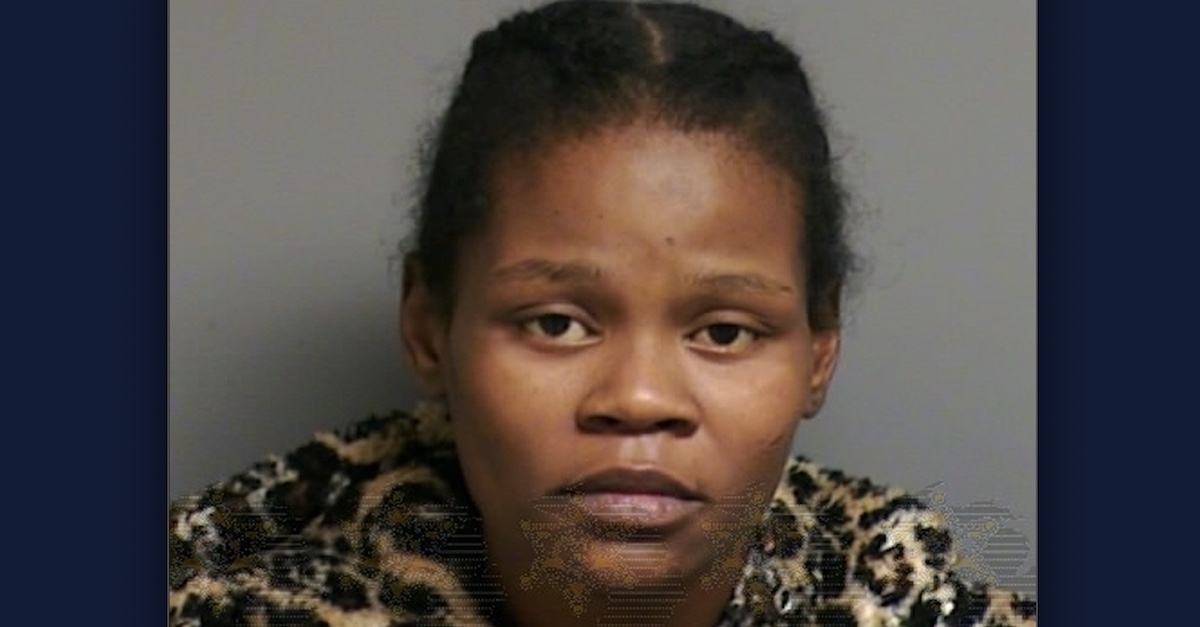 A 29-year-old mother of four in Michigan is facing decades behind bars after being convicted of starving her 7-week-old son to death two years ago. A Macomb County jury found Shantavia Hayden guilty on one count each of second-degree murder and second-degree child abuse in the death of young A’mir Griffin, court records reviewed by Law&Crime show.

Jurors deliberated for approximately two hours before finding Hayden guilty on all charges following a trial that lasted just over a week. Hayden is next scheduled to appear Circuit Court Judge James M. Biernat Jr. on Nov. 2 for her sentencing hearing. She is facing a minimum of 13.5 years in detention and maximum sentence of life in prison.

As previously reported by Law&Crime, Hayden at approximately 5:26 a.m. on Oct. 11, 2020 brought an unresponsive A’mir to the Children’s Hospital of Michigan in Detroit. Doctors attempted to resuscitate the infant but were unsuccessful. A’mir was reportedly pronounced dead at 5:39 a.m., only 13 minutes after arriving at the facility.

According to a report from Macomb Daily, emergency room physician Dr. Jennifer Noble testified during the trial that A’mir had likely been deceased for several hours prior to Hayden bringing him to the hospital, noting that rigor mortis was already beginning to set in on the child’s body.

“The child was very malnourished,” Dr. Noble reportedly told jurors. “The bones are very prominent. The skin is draping around the bones because there is no fat left. The fat has been used.”

Dr. Noble also reportedly noted that A’mir was “cold and blue” and his body temperature was approximately 91 degrees Fahrenheit when he arrived at the hospital.

An autopsy conducted by the Wayne County Medical Examiner’s Office reportedly determined that A’mir’s cause of death was malnutrition. Dr. Leigh Hlavaty reportedly testified that the infant’s stomach was completely empty, indicating that he had not eaten for approximately an entire week.

Officers with the Wayne County Police Department opened an investigation into the circumstances of A’mir’s death. During an interview with investigators, Hayden reportedly said that she and her children had been living at her sister’s home in the Warren Manor Apartments just north of Eight Mile Road in Detroit. In addition to A’mir, Hayden also had a 1-year-old daughter and two sons, ages six and seven.

The day before A’mir’s death, Hayden told police that she rented a room at a Red Roof Inn and went there with her kids in order to “give her sister a break,” per the Macomb Daily. Hayden was reportedly planning to stay at the hotel Oct. 10 and 11, but the trip was cut short by A’mir’s tragic death.

The nurse charged with moving A’mir’s body to the morgue reportedly told jurors that the baby’s gaunt appearance “took my breath away a little bit.”

“The baby was emaciated, sunken cheeks, you could see all of his ribs, his eye sockets were sunken in,” ER nurse Katy Isles reportedly said.  “It was horrible.”

“Everything was fine with A’mir except he didn’t have food,” Macomb County Assistant Prosecutor Molly Zappitell reportedly said during closing arguments. “He starved to death. There is no other cause of death.”

Hayden was taken into custody on Oct. 23, 2020 and charged with killing A’mir. She has remained in detention at the Macomb County Jail since her arrest on bond of $1 million, online jail records show.

Hayden earlier this year refused to accept a plea deal from prosecutors that would have required her to serve a 10-year prison sentence. Hayden reportedly rejected the offer in clear terms, telling Judge Biernat that pleading guilty was “out of the question.”

“I’m not taking no plea, so y’all can stop coming at me with a plea deal because I’m not accepting it,” Hayden reportedly said. “I’m not pleading guilty to no murder because I did not harm my child.”

“We are happy that the jury listened intently to all of the evidence and rendered a verdict that delivered justice for baby A’mir,” Assistant Macomb Prosecutor Colleen Worden reportedly told the Macomb Daily after Thursday’s proceedings.