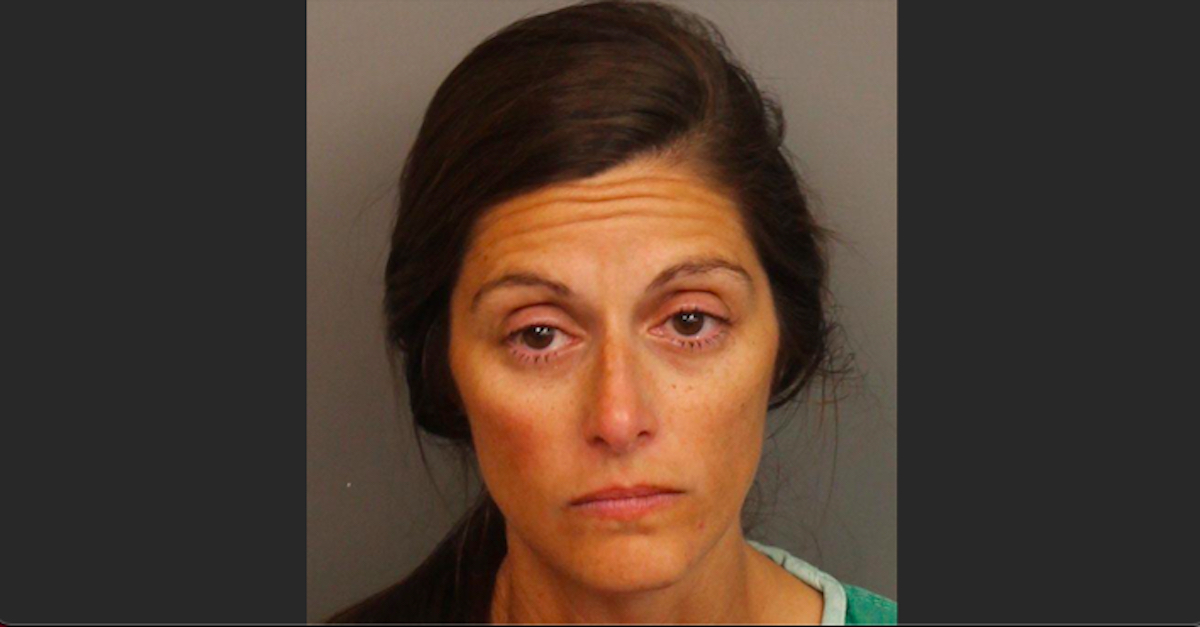 According to the report, officers with the Trussville Police Department took Blakely into custody Friday night after a multi-month investigation into allegations that nurse and assistant professor was severely abusing and neglecting the young girl. Blakely, who is married with three other children, had only formally adopted the child a few months ago, per the report.

In the indictment, a copy of which was obtained by AL.com, prosecutors accused Blakely of attempting to “intentionally cause the death” of her daughter “by medical neglect and/or strangulation and/or starvation and/or beating her.”

“[Blakely] did willfully torture [her adopted daughter by] hitting her and/or stomping on her and/or refusing her medical treatment, and/or starving her, with said abuse having taken place on more than one occasion,” the indictment reportedly states.

Trussville Police Chief Eric Rush reportedly announced the arrest over the weekend, saying the investigation into Blakely began on Jan. 21, when the child—whose name is not being reported but who was described as Spanish-speaking—was taken to Children’s of Alabama in Birmingham to be treated for a series of injuries and ailments. Due to the nature of the child’s condition, which doctors said was indicative of abuse, hospital personnel reportedly contacted the Alabama Department of Human Resources, who then reported the incident to Trussville police.

The girl was reportedly emaciated and had suffered bruises and lacerations to her spine, legs, arms, and feet.

Doctors reportedly gave Blakely detailed instructions on how to care for her daughter following her release from the hospital, all of which were ignored, investigators reportedly said.

“The details of this investigation are very disturbing to me,” Rush said, per AL.com. “Our detectives took this case and did an excellent job in protecting this child from further abuse.”

Rush said the investigation was a multi-agency effort that involved Trussville police, the Alabama Department of Human Resources, the Jefferson County District Attorney’s Office, and the Prescott House Child Advocacy Center in Birmingham.

“This investigation began months ago and it was an exhaustive investigation that involved interviewing multiple witnesses and medical professionals,” Rush said, according to the Trussville Tribune. “Our investigators turned the information over to the Jefferson County District Attorney’s Office and they took the case to the grand jury.”

Blakely’s adopted daughter is reportedly no longer in her care. Public records do not list an attorney for Blakely.

The Jefferson County District Attorney’s Office did not immediately respond to a Law&Crime inquiry about the case.

Prior to her arrest, Blakely operated Hometown Family Medicine. She earned a Master’s and Doctorate of Science in Nursing at the University of Alabama at Birmingham in 2010 and 2013, respectively. She also served as an assistant professor at the UAB School of Nursing. According to UAB’s website, Blakely was honored in 2018 with the Nurse Practitioner State Award for Excellence by the American Association of Nurse Practitioners.

Blakely was booked in the Jefferson County Jail on Friday evening where she remained as of Monday afternoon, according to online records. A judge set her bond at $60,000.