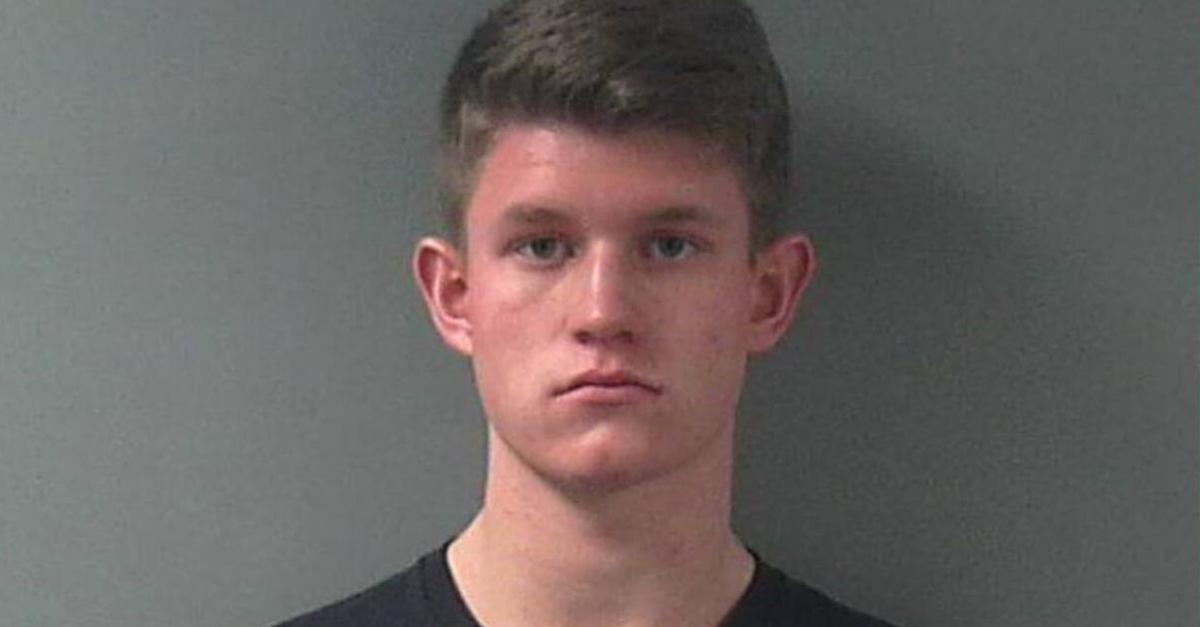 An 18-year-old man at the University of Indiana turned himself over to authorities after he allegedly raped an intoxicated female student as she was vomiting in a bathroom on campus. Samuel H. Elliott was taken into custody Tuesday evening and charged with rape, The Herald-Times reported.

According to a probable cause affidavit obtained by the newspaper, the victim, whose name was not released, on Dec. 2 had been drinking alcohol with six other students in the third-floor common area of the Teter-Thompson residence hall. The group reportedly moved the gathering into a dorm room after a resident advisor told them to vacate the lounge area.

The victim told investigators that she had been drinking Pink Whitney vodka for approximately three hours before she realized that she was “highly intoxicated,” per the affidavit. She began to feel ill and reportedly told police that decided to lie down on the floor of the dorm room. She reportedly told police that Elliott “tried to touch her inappropriately,” Indianapolis Fox affiliate WXIN reported.

Feeling ill, the victim said she then went to the residence hall’s shared bathroom and started vomiting in one of the toilets. She reportedly told police that as she was vomiting, Elliott entered the bathroom and the victim if he could have sex with her. The victim reportedly responded that she was far too intoxicated to make that decision, then began vomiting again.

According to the affidavit, as the victim continued to vomit into the toilet, she turned around to look behind her and could see that Elliott had pulled down his pants.

“The woman told investigators that Elliott then raped her as she continued to vomit,” the report from WXIN stated.

Per the report, the alleged sexual assault was interrupted when one of the victim’s friends called Elliott using Facetime. The victim reportedly told investigators that Elliott stopped the assault and instructed her to tell her friends that nothing happened between the two of them. He then reportedly walked her back to her own dorm room.

Following an investigation, a warrant for Elliott’s arrest was issued on Jan. 20. He turned himself in Tuesday and was booked at the Monroe County Jail on one count of rape. Per the Herald-Times, he was released the following day after he posted $23,000 of his $25,000 bond. Elliott is currently scheduled to appear in court again on Feb. 4.

While Elliott was enrolled as a student at the university during the alleged assault, a spokesperson reportedly told the Herald-Times that he is not currently listed in the student directory.

The charges against Elliott come just days after another student, Kalp Patel, was charged with attempted rape stemming from an alleged incident that took place earlier this month.

The Monroe County Sheriff’s Office and Prosecutor’s Office did not immediately respond to messages from Law&Crime.