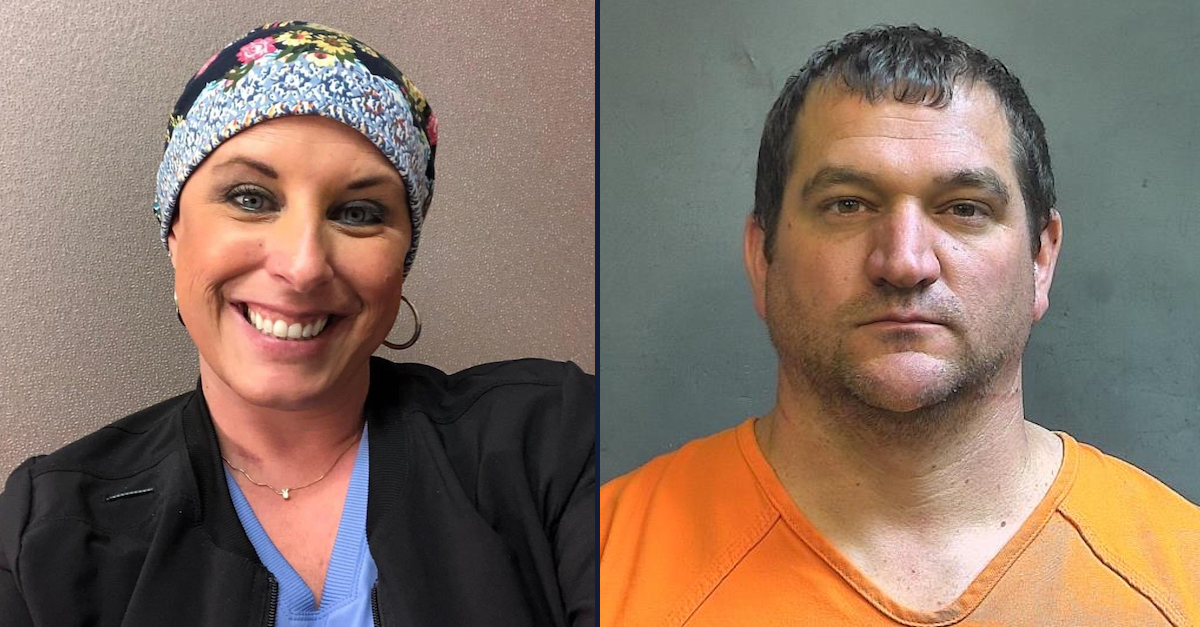 An Indiana man who is currently sitting in jail awaiting trial in the alleged murder of his cancer-stricken wife has won a Republican primary to potentially hold an elected to public office — a move that adds another bizarre wrinkle to a case that has already been marred with ethical conundrums due to the defendant’s mother’s connections to local politics.

According to online court records, Andrew Nathan Wilhoite, now 40, is charged with murdering his wife Elizabeth “Nikki” Wilhoite, then 41, of a rural section of Lebanon in Boone County.

His current housing situation didn’t stop Mr. Wilhoite from securing a victory in the Republican primary for a seat on the town board in Clinton Township, according to election data maintained on a county website.

The election data says Mr. Wilhoite received 60 votes; two other candidates for the town board received 106 and 110 votes respectively. Three names are listed on the county’s vote tally, and the form says voters were directed to select three names for the office. Local reports indicate that no Democrats ran for the open seats.

A screengrab from a Boone County, Indiana election form shows that accused wife killer Andrew Wilhoite was among the winning candidates in a GOP primary for a local town board seat.

As Law&Crime previously noted, the case unfolded when Mrs. Wilhoite vanished in late March. According to a press release from the Boone County Sheriff’s Office, deputies began investigating the matter on Friday, March 25, after a co-worker called to indicate that Mrs. Wilhoite “did not report to work.”

“An exhaustive search of the area with K-9 bloodhounds and deputies continued for several hours and we were not able to locate Nikki,” the department said of the initial efforts.  “The investigation eventually evolved into a possible homicide investigation.”

The sheriff then contacted the Indiana State Police for assistance, the press release indicates.

“When our investigators realized this could be a possible homicide investigation, we wanted to do discuss the best way to move forward with the investigation since the mother of Andrew Wilhoite is a County Councilwoman, another county elected official,” said Sheriff Michael T. Nielsen.  “To avoid any conflict of interest, it was decided to contact the Indiana State Police and ask them to lead the investigation and we would assist them.”

According to a county website, the county council has “ultimate decision-making power regarding fiscal affairs” involving operating budgets and salaries within county agencies — including, presumably, the sheriff’s department.

“This is another prime example of working with our law enforcement partners to solve a horrendous crime,” the sheriff continued. “I cannot be prouder of our Investigations team, Crime Scene Investigations team, the entire Sheriff’s Office staff, the Boone County Prosecutor’s Office and the Indiana State Police Investigators. Please keep all families and first responders in your thoughts and prayers.”

The sheriff’s office noted that the state police arrested Mr. Wilhoite and that Mrs. Wilhoite’s body turned up in a creek a few miles away from the couple’s home.

The Indiana State Police followed with their own missive on the matter. That agency indicated that it took over the investigation at about 6:30 p.m. on March 25 due to “a potential conflict of interest” with the sheriff’s office’s ability to handle the then-nascent matter.

“Boone County investigators had originally taken a missing person’s report earlier in the day and had taken to social media asking for the public’s assistance in locating” Mrs. Wilhoite, the ISP said. “During the course of the investigation, detectives were able to determine that during the course of a domestic dispute, 39-year-old Andrew N. Wilhoite, Elizabeth’s husband, had allegedly struck her in the head with a blunt object causing her to lose consciousness. He then placed her into a vehicle and drove to a nearby creek where he dumped her body.”

Andrew Wilhoite has since turned 40.

Law&Crime previously reported that Mr. Wilhoite and his three children were at home when deputies initiated their search for the victim.

According to several reports from Indianapolis FOX affiliate WXIN, Mrs. Wilhoite was battling cancer and had just wrapped up chemotherapy treatments when she disappeared. Citing court records, the television station said the defendant Wilhoite told responding deputies that he had “gotten in a fight the night before” with his wife and that she was “probably at her sister’s.”

But the police reportedly found blood in the couple’s master bedroom and bathroom and quickly discovered that the relationship was on the rocks.

Court records show that the victim had been seeking a divorce from her husband at the time of her death. On March 17, Mrs. Wilhoite submitted a petition for legal separation with children in Boone County Circuit Court.  No action has occurred on that docket since a March 18, 2022 subpoena and summons was issued.

The state police told the press that its agents found Mrs. Wilhoite’s body at about 3:00 a.m. on March 26 “partially submerged in approximately three feet of water.” According to online jail records, Mr. Wilhoite was behind bars by 3:56 a.m. on that date.

Mrs. Wilhoite’s body was right where the defendant Wilhoite told the authorities to look for it, according to court records cited by the Kokomo Tribune.

The defendant also reportedly told the authorities — who found him with scratches on his neck — that his wife attacked him during a fight. The fight occurred when Mrs. Wilhoite learned the defendant had been having an extramarital affair, according to records uncovered by The Lebanon Reporter.

The defendant reportedly told the police that he swung at his wife’s “face with a gallon-sized concrete flowerpot” filled with dirt, the Lebanon Reporter continued. When Mrs. Wilhoite fell to the ground, the defendant said he threw her into his truck, took her to a bridge, and threw her over the side, the newspaper reported (again citing court records). The defendant allegedly said he tossed the concrete pot along the side of U.S. Route 52 as he took a load of corn to town. The defendant also allegedly told the authorities that he didn’t check his wife’s pulse after he struck her or before he put her in his truck.

The Kokomo Tribune said the defendant can withdraw his name from consideration in the Clinton Township general election by June 15. If he doesn’t, he can’t be kicked off the ballot. The defendant can remain a candidate and even assume office while charged with a crime, but if he’s convicted of a felony, he is no longer eligible to hold office under state law. That’s according Brad King, the co-director of the bipartisan Indiana Election Division, who spoke to the newspaper. King said Mr. Wilhoite could hypothetically assume office while in jail awaiting trial.

The criminal case against Wilhoite is number 06D01-2203-MR-000478. A trial is scheduled for Aug. 29, 2022, but the newspaper said those dates — especially for serious felonies — are generally pushed back substantially from their original dates in that jurisdiction.

The court record said Wilhoite has one or possibly two criminal defense attorneys, but it does not list any names.

Read some of the press releases below: