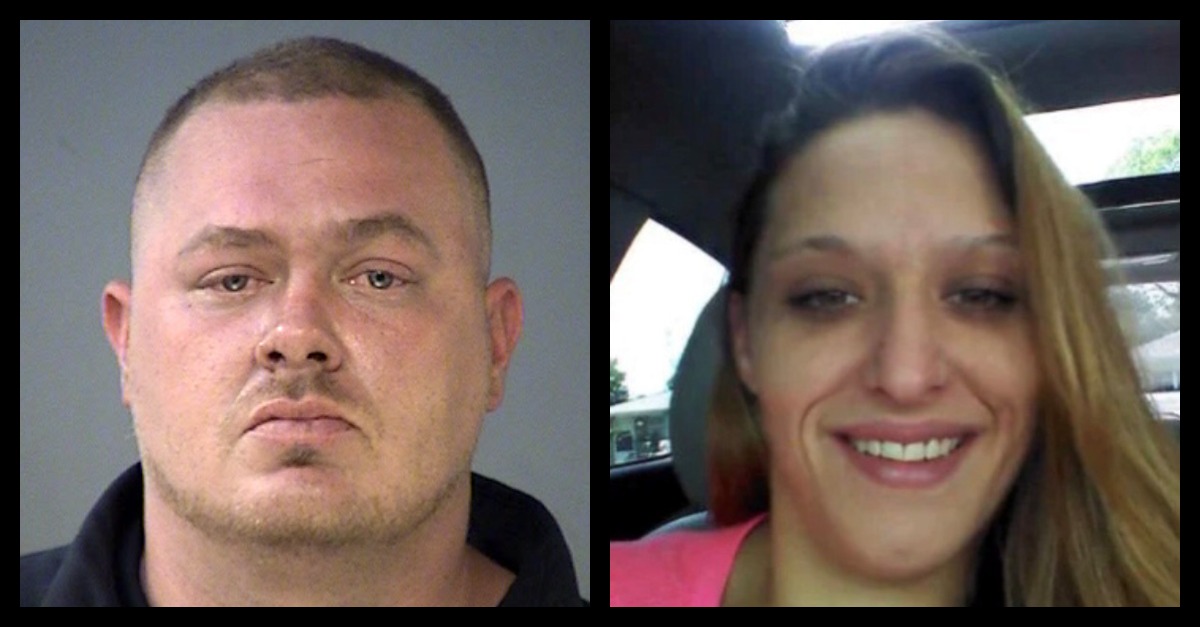 Ten days passed between the last time Jenny Boltinghouse was seen alive and when her body was found in a river during the wintry months of 2017. Now, police say they’ve finally found the man who killed her.

The 30-year-old mother of three was one of 178 people killed in Indianapolis that year. By autumn, the case had gone cold. Authorities seeking clues released an Unsolved Mysteries-style video featuring a still image of the barren tree-lined meadow along the White River where the victim’s body was found floating in shallow water.

“Who is responsible for the murder of Jenny Boltinghouse, the mother of three children?” Indianapolis Metropolitan Police Department Detective Jose Torres asked on camera in September 2017.

The victim had been shot in the head and throw in the river.

Initial news reports were scant on details and though Boltinghouse’s death was highly-publicized, local news coverage didn’t result in any significant leads.

At first, police declined to release much information about the manner of death or how the dead woman’s body came to their attention. Late in the month, however, the Indianapolis Fire Department said more.

“They were fishing, walking the bank and those were the people that found the body,” IFD Public Information Officer Gus Chavez noted, describing the group of strangers who came upon the grisly and sad discovery late in the morning on Feb. 13, 2017.

Finally, that information came to the dogged detective, who never stopped his pursuit of Boltinghouse’s killer.

Riki Eaton, 31, now stands accused of intentional murder, according to jail records reviewed by Law&Crime. He was arrested on Monday after a series of witnesses came forward to the IMPD about their knowledge of the Boltinghouse death.

“I can guarantee you detectives in homicide don’t forget our cases, especially the open ones,” Torres recently told local Fox affiliate WXIN. “Our goal is to find the people responsible and make a case.”

According to a probable cause affidavit obtained by the outlet, Eaton allegedly killed Boltinghouse because she had stolen some tools from him and he was worried that she was talking to police about other crimes that may have included him. Arrest records for Marion County, Ind. indicate that a woman named “Jenny Boltinghouse” was charged with two theft-related offenses several years before she was killed.

In May, a family member of Eaton’s allegedly came forward because they were “tired of carrying the weight of the information” after years of living in fear, according to the IMPD detective.

After that, six additional witnesses came forward who said the defendant often bragged about getting away with a murder on the river. They said that were threatened with death if they ever went to police–some even said they witnessed the shooting itself and then helped Eaton dispose of Boltinghouse’s body.

The defendant, for his part, insists he is innocent.

“People coming forward is paramount, because we don’t know unless we’re told,” Torres said. “We have to build a case to prove a case and we need people to come forward.”