‘Impossible to Comprehend’: Teenage Couple Indicted on Murder and Child Abuse Charges for ‘Cruelty’ and ‘Active Violence’ Against Two Babies 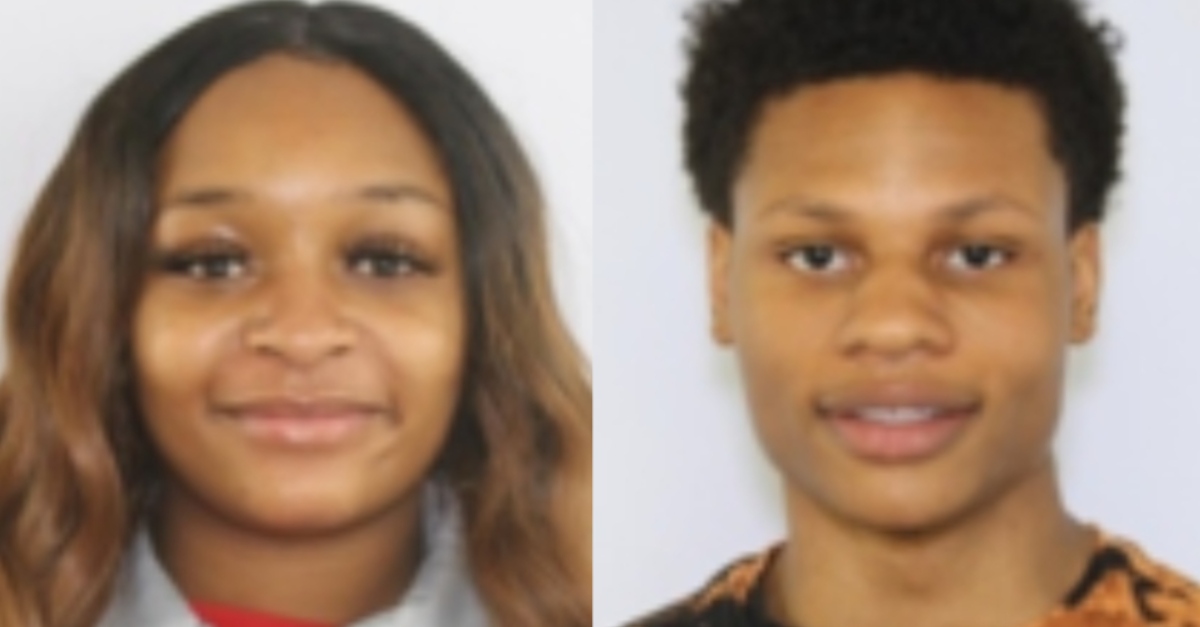 Two teenage parents in Ohio were indicted by a grand jury on child abuse and murder charges in connection with the death of their 5-month-old baby from late last year.

Authorities say the child and an older brother were subject to horrific abuse in various forms, including extreme physical violence.

Shakayla Sams and Donte Farrier, both 19, were arrested on Dec. 28, 2021 after infant Casey Sams died the day before.

The 5-month-old was discovered unresponsive on Dec. 22, 2021, after Cincinnati Police Department officers responded to a domestic violence call at the couple’s residence in the Villages at Roll Hill neighborhood in the northwest part of the city.

Officers also found Sir Major Sams, 2, was severely malnourished and likely abused, according to the Cincinnati Enquirer. Casey Sams held on for several days at a nearby hospital but eventually died two days after Christmas. The older child is still in an intensive care unit.

Neighbors of the young couple were reportedly instrumental in criminal charges being leveled in the case against them.

“They’re putting pieces of the puzzle together for us that we would have never known and that would be for any case regardless of the victim because we’re not here,” CPD Homicide Detective Sandy Sieving told local Fox affiliate WXIX at the time of their arrest. “We can’t see what’s going on.”

“It just hits a little different when it’s a baby, and we’ve had a lot of support from the community,” the detective added. “A lot of people have come forward. They’ve given us information and it’s been very, very helpful. We don’t always get that. It would be nice to have that on the other cases we investigate, all the other homicides we investigate, but we have gotten a lot of help on this case.”

Hamilton County Prosecutor Joe Deters says the deceased child suffered a dislocated beck, a subdural hemorrhage and a swollen brain that caused him to die from a traumatic brain injury, citing an autopsy report from the Hamilton County Coroner.

“Doctors found additional evidence of abuse, including old and new rib fractures, bruising on top of his scalp and scarring on his leg,” the prosecutor added in a press release.

Sir Major Sams was determined to have suffered from some recent injuries, previous injuries that had already healed, and a lacerated pancreas–in addition to being malnourished.

“The cruelty displayed upon these two young children is impossible to comprehend,” Deters went on to say. “Being a young parent is no excuse for the kind of abuse these children suffered. This was not a case of neglect by parents too young to understand their responsibilities. This was a case of active violence perpetrated on babies by two people, the same people who should be protecting them.”

The prosecutor added that the current suite of charges were the most severe his office believes it can currently prove beyond a reasonable doubt but noted that the investigation was ongoing and that additional charges may be added in the future.

“If additional information is revealed that allows us to take this back to the grand jury, we absolutely will,” Deters said.