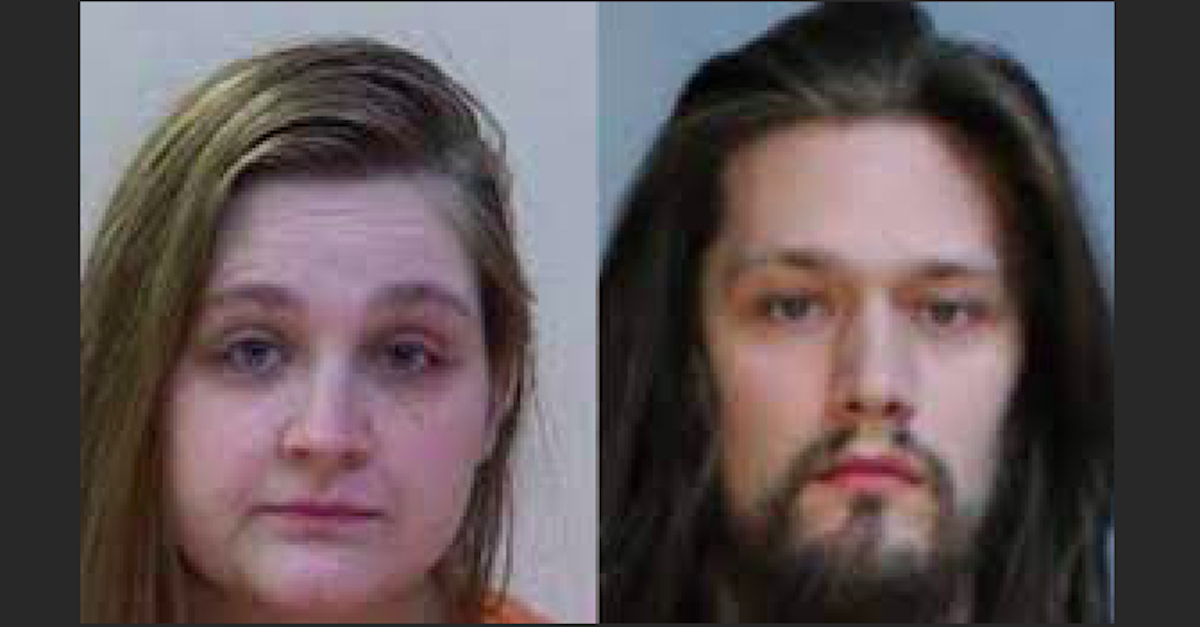 A Pennsylvania couple will stand trial for allegedly killing their infant son after police last month found the 1-year-old’s body hidden behind a false wall in their home. New details emerged in the case against Kylie L. Wilt and Alan W. Hollis during their preliminary hearing Monday, with investigators revealing that their son, Archer Hollis, was abused while he was still alive and both parents repeatedly expressed frustration at the infant’s incessant crying, the Observer-Reporter reported.

As previously reported by Law&Crime, officers with the Charleroi Regional Police Department on Nov. 4 were dispatched to a residence in the 700 block of Lookout Avenue to question Wilt concerning the whereabouts of her infant child. The police had reportedly been contacted by the state’s department of Child Youth Services (CYS), who already had an investigator on the scene questioning Wilt.

Prior to the arrival of police, Wilt reportedly told the CYS investigator that her child was staying with family in North Carolina. However, the investigator was reportedly able to prove that Wilt’s claim was false, at which point she reportedly refused to answer any additional questions.

When police arrived on the scene, Wilt reportedly became “nervous,” then suddenly blurted out that her baby had died of Sudden Infant Death Syndrome (SIDS) in February. She added that she and Hollis didn’t have the money for a proper burial.

Police obtained and executed a search warrant for the Lookout Avenue home and discovered a wall where an area of the paint was reportedly off by a shade. Inside the wall, officers reportedly found a gray plastic crate holding the child’s remains. District Attorney Jason Walsh on Monday reportedly showed the court several photographs of the crate that held Archer’s remains. The words “I love you – Alan” were reportedly written on top of the crate.

Washington County Coroner Timothy Warco reportedly testified the boy’s remains were in an “extremely decomposed” state when they were recovered by police. Additionally, Warco reportedly testified that Archer’s remains were sent to a forensic pathologist who concluded that the boy sustained multiple rib fractures on several different occasions. The rib fractures were reportedly in various stages of healing, which is indicative of intentional abuse. Warco said an official cause of death had not yet been determined.

While the infant’s body was found in the Lookout Avenue house, the boy allegedly died while the couple was living at a home in the 1000 block of Upper Crest Ave.

According to the Observer-Reporter, county detectives on Monday testified that the parents told investigators conflicting and changing stories about what happened to Archer.

Chief County Detective Kiprian Yarosh reportedly testified that Hollis initially told investigators he had not been living at the Lookout Avenue home and had not seen Archer since February 2021. But a few days after Archer’s body was discovered, Hollis allegedly changed his tune, saying he was actually the one who discovered Archer’s dead body as early as December 2020.

Similarly, Wilt initially told police she discovered Archer’s body in a child’s swing in February, claiming the child died of sudden infant death syndrome. But the following day, she allegedly claimed Hollis was taking care of Archer after the boy came down with a cough before they moved to Lookout Ave. She reportedly said she didn’t see the boy for more than a week and then found him dead in the couple’s upstairs bathroom.

When the couple moved, Wilt told investigators she remembered loading the crate with Archer’s remains into the back of a moving van. Hollis reportedly said she had the crate on her lap in the passenger seat while they drove.

“Dude, what the fuck is his fucking problem. I’m about to snap his fucking neck,” Wilt allegedly wrote about Archer in one message.

Hollis and Wilt are both facing felony charges of homicide, child endangerment, and aggravated assault. The pair were also charged with several misdemeanors including concealing the death of a child, evidence tampering, obstruction of justice, and abuse of a corpse.

They are currently being held in Washington County jail.