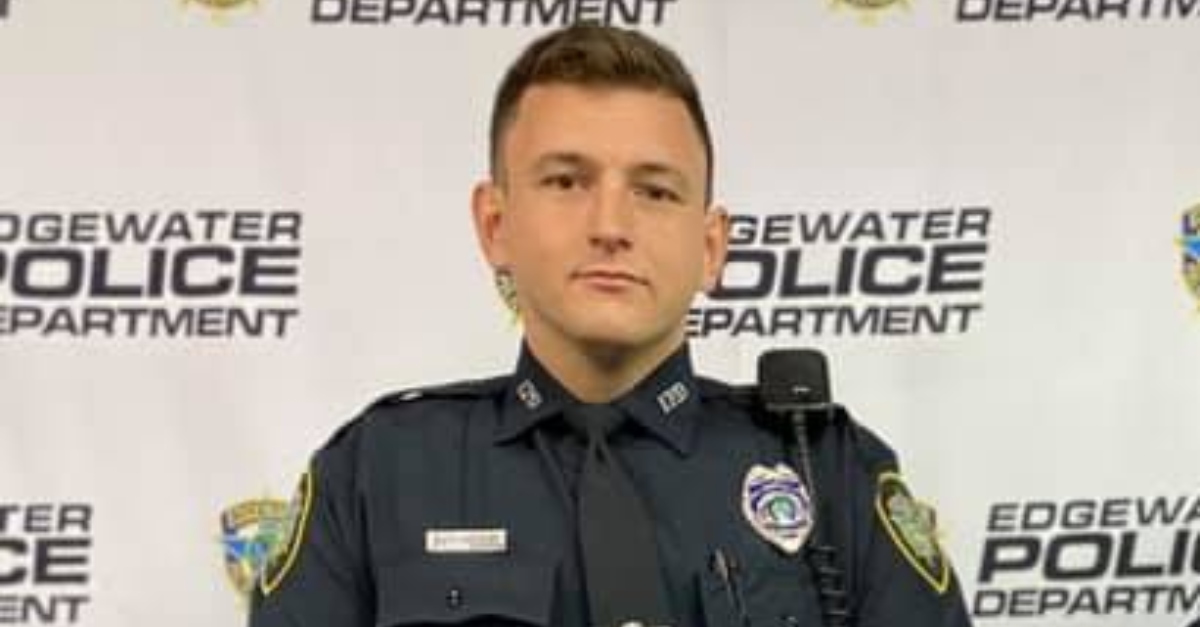 An off-duty police officer put his hands on a woman’s hips and, after she rejected him, punched the woman’s husband, cops in New Smyrna Beach, Florida allege.

The suspect is Naci Tuzcuoglu, 29, of the City of Edgewater Police Department, according to WKMG.

He approached a woman singing karaoke at the restaurant and sports bar Peanuts, authorities said in a WFLA report. Tuzcuoglu allegedly put his hands on her hips. The woman figuratively shot him down, telling him she was married and not interested in him.

The officer allegedly would not let this go. The woman went outside and spoke to her husband, according to the story as told in the WKMG report. Tuzcuoglu went outside as well, however, and punched the man in the face, knocking him into a flower pot, officers said. The man sustained a small cut at his left eye and nose, but he refused medical care, cops said.

Tuzcuoglu had punched him multiple times, officers said in the WFLA report. Investigators described him as referencing his job in order to taunt.

Police arrested Tuzcuoglu for a count of misdemeanor battery. Tuzcuoglu posted a $500 bail, court records say. He has no attorney of record.

Tuzcuoglu has not been with Edgewater police for even a full year. Chief Joe Mahoney swore him in last September 16. Now the chief is announcing that his suspension.

“The officer has been placed on suspension and an internal investigation has been initiated,” Mahoney wrote in a statement to Law&Crime. “He has been with EPD since September of 2020. He doesn’t have any prior disciplinary issues.”