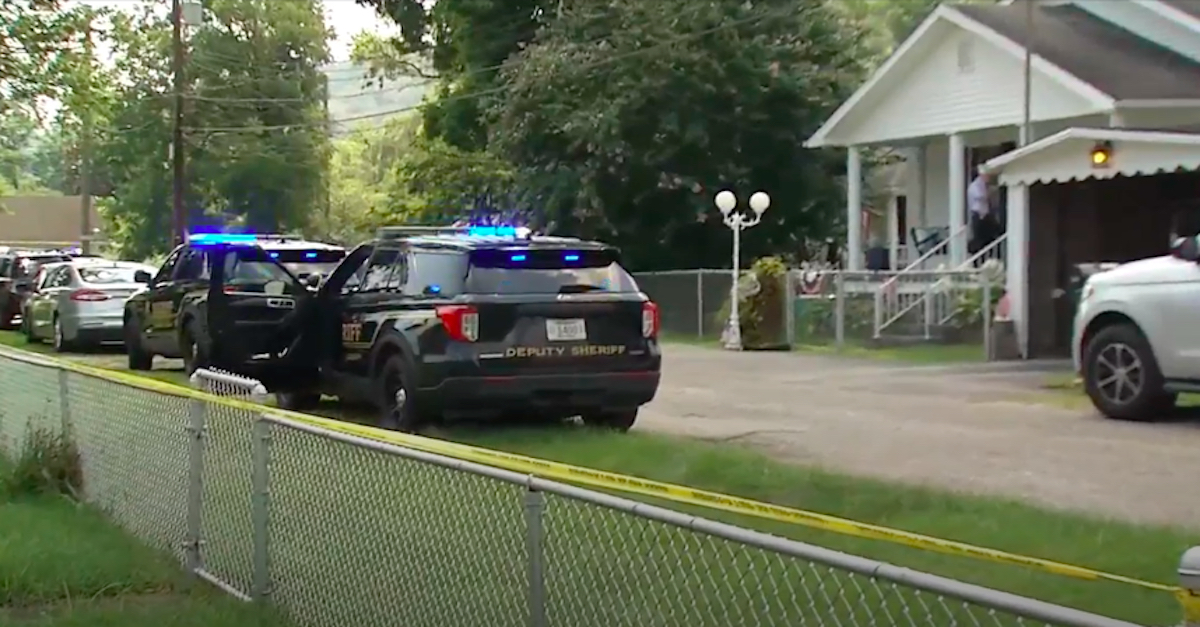 A West Virginia man who had previously been accused of domestic abuse appears to have fatally shot his wife and elementary school-age daughter before taking his own life in an apparent double-murder-suicide, the local sheriff’s office announced Monday.

According to the Kanawha County Sheriff’s Office, the body of the three family members were found inside of their home in the Mink Shoals area of Kanawha just before noon Monday morning. First responders to the home discovered a fourth member of the immediate family, an 18-month-old baby girl, alive but injured. Authorities believe that the child—who was found beneath the adult female believed to be her mother—had been struck by a fragment from one of the bullets rather than intentionally shot. She was transported via airlift to the Cincinnati Children’s Hospital Monday afternoon where she is currently in critical condition.

Though authorities did not release the names of either the suspect or the victims, WCHS-TV reported that court papers indicate the person being investigated as the perpetrator is 29-year-old Donald Thomas, Jr.

“This appears to be a double-murder suicide and that’s the way it’s being looked at right now,” Kanawha County Sheriff’s Dept. spokesman Sgt. Brian Humphreys said during an afternoon press briefing. “They have a good theory that it was the man but that is based on the weapon placement, but of course that is subject to change.” He then confirmed that the weapon was found near the deceased male.

Humphreys told reporters that 911 dispatchers received a call at around 11:40 a.m. to report that they had found several dead bodies in a house located in the 300 block of Elkdale Drive.

The family, whose names were not released to the public, had reportedly not been heard from for several days.

Humphreys said the tragic scene should help people realize how difficult circumstances can be for victims of domestic violence.

“From a distance you look at it and say that someone is taking advantage of you and being abusive of you, it’s a no-brainer that you should leave. It may look that easy on the outside,” he said.

“But once you’re inside of it and understand everything in their life — all the entanglements, all of the attachments and emotions, you could maybe have more sympathy for them maybe lend more help to them.”

Kanawha County Sheriff Mike Rutherford said it was one of the worst murder cases he’s seen in his long career.

“It’s terrible,” Rutherford said. “I’ve been doing this for a long, long time, and it’s absolutely terrible just to see what one person will do to another. But when you have children involved it makes it unbelievable.”

Local ABC-affiliated news station WCHS-TV reported that law enforcement officers in the area were familiar with the home prior to the discovery of the shooting as there had been seven 911 calls placed in connection with the residence over the last year, including at least one call related to an alleged gunshot or gunshots.

The male alleged shooter in February was arrested and charged with domestic violence, but the charges were dropped in June after the alleged victim failed to appear at the man’s hearing.

More information, including the names of the gunman and the victims, is expected to be released Tuesday, the sheriff’s office said.