Illinois Woman Fatally Shot Ex-Boyfriend in Chest After He Refused to Kiss Her in Front of New Girlfriend: Prosecutors 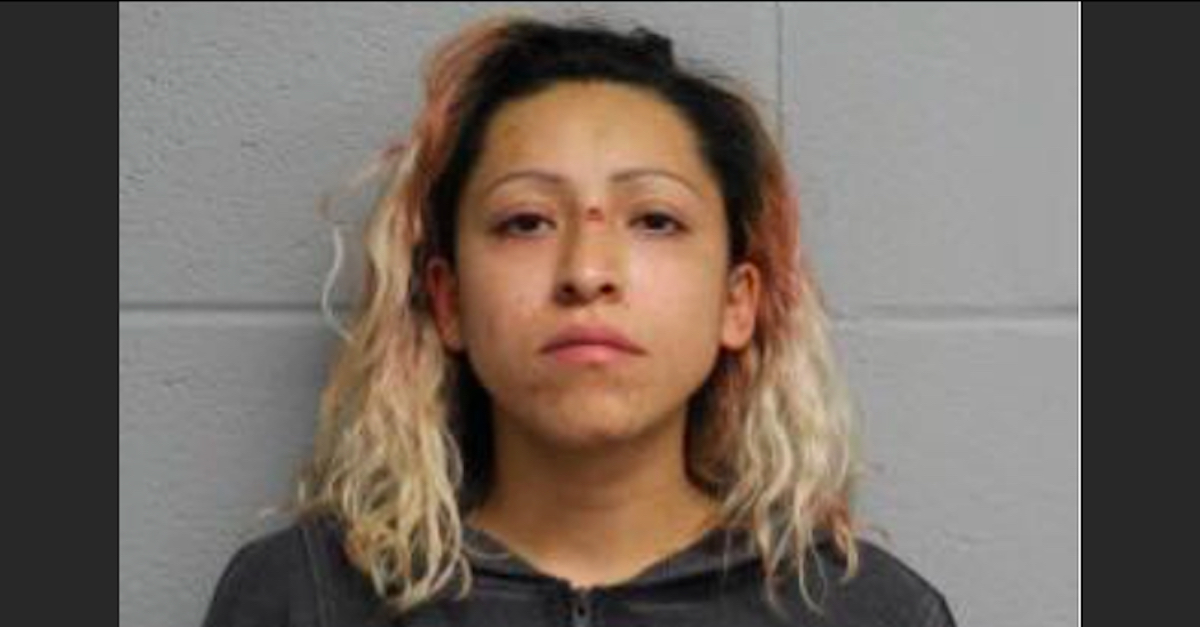 A woman in Illinois was arrested after police say she fatally shot her ex-boyfriend and father of one of her children because he and his new girlfriend both refused to kiss her while the three were drinking alcohol in the home they all shared together. Claudia Resendiz-Florez, 28 was taken into custody Thursday evening and charged with first-degree murder in the death of 29-year-old James P. Jones.

Officers with the Rolling Meadows Police Department responded to a 911 report about a gunshot at the residence, located in the Preserve Woodfield apartment complex at 4700 Arbor Drive, according to a departmental press release. Upon arriving at the scene, first-responders reportedly found that Jones had been shot in the chest. Emergency medical personnel performed life-saving procedures but Jones was pronounced dead.

During a bond hearing in the Circuit Court of Cook County on Saturday, prosecutors alleged that Resendiz-Florez—who had recently moved in with Jones and his girlfriend—became jealous when she asked him for a kiss and he declined, then “turned to his girlfriend and asked for a smooch,” according to a report from the Chicago Sun-Times. Resendiz-Flores reportedly also asked Jones’ girlfriend to kiss her. The unidentified woman declined to do so.

Per the report, when Jones kissed his girlfriend instead of Resendiz-Florez, the latter became enraged and “demanded” that Jones kiss her.

After Jones reportedly declined to kiss Resendiz-Florez for a second time, she went over to the couch and grabbed a gun that Jones had tucked in between the cushions, picked it up, and pointed it directly at him.

Prosecutors on Saturday said that Jones realized that the safety on the firearm had been pulled off and attempted to pull her arms down, but Resendiz-Florez was able to get the gun free and fire once, striking Jones with one fatal bullet to the chest, the New York Post reported.

Jones’ girlfriend then called 911 to report the shooting. First-responders reportedly found the gun Resendiz-Florez used to shoot Jones in the living room of the apartment.

Resendiz-Florez was handcuffed and transported to Rolling Meadows Jail where she reportedly admitted to police that she shot Jones.

According to the Sun-Times, Assistant Public Defender Courtney Smallwood, who represented Resendiz-Florez during Saturday’s bond hearing, argued that her client did not actually live with Jones and his girlfriend, claiming instead that her client lived with her family in Des Plaines.

Cook County Judge John F. Lyke Jr. ordered Resendiz-Flores be held without bond. She is currently scheduled to make her next court appearance on Tuesday.

The U.S. Sun reported that Resendiz-Florez is married but separated from her husband and is the mother of three young children.