‘I Robbed Her Family of Time, of Memories’: Pennsylvania Man Pleads Guilty to Brutal Murder of Amish Teenager 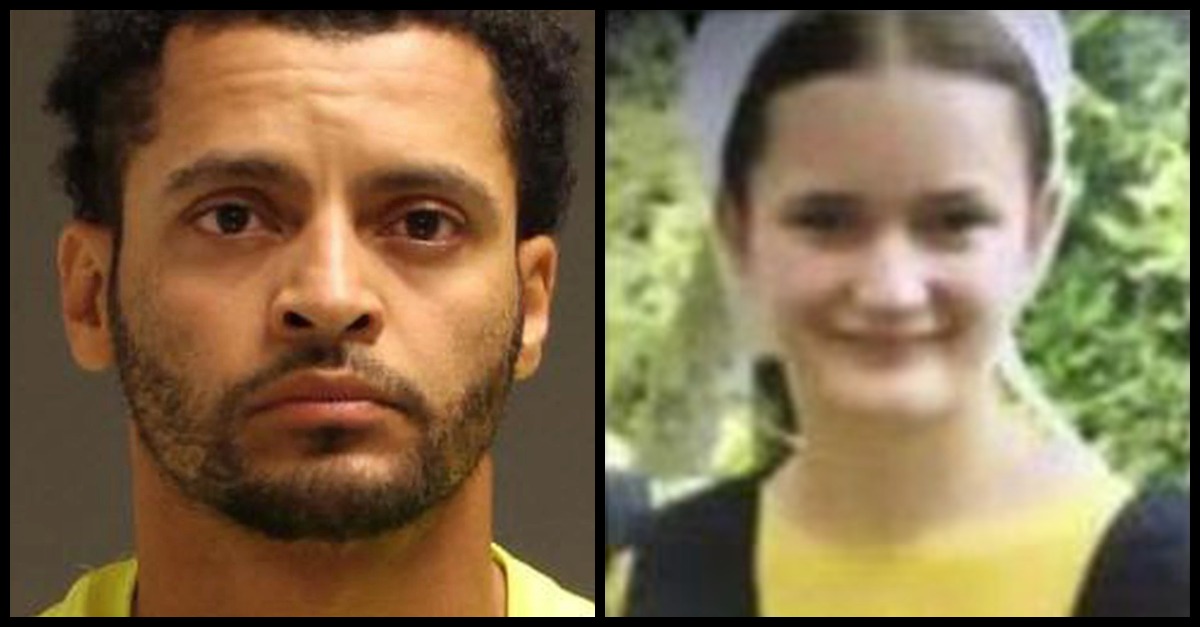 The 18-year-old’s body was found in April of this year. She was taken captive by her killer while walking home from church in June 2020.

Lancaster County Coroner Dr. Stephen Diamantoni confirmed her cause of death as asphyxia from strangulation and suffocation. She was also stabbed in the neck, which the coroner said was a contributing factor to her death.

The last time she was seen alive was by an eyewitness who reported an Amish woman with “pleading eyes” in the passenger seat of a red car on Father’s Day of that year. Smoker was arrested after authorities compared surveillance footage of the defendant driving his red Kia Rio through Bird-in-Hand, Pa. on the day Stoltzfoos went missing.

According to the terms of his plea deal, Smoker will not face the death penalty or a sentence of life in prison without the possibility of parole.

The plea deal was agreed to by the Stoltzfoos family in an effort to “bring Linda home,” according to local Fox affiliate WPMT.

During a press conference after the plea hearing, the Lancaster County District Attorney said they were pleased with the outcome because the family of the victim and her broader community were supportive of the deal–while expressing the hope that Smoker is never given “another chance” by the parole board.

In addition to confessing to the brutal murder, the defendant also led investigators to the site where Stoltzfoos’s body was buried.

The young woman’s corpse was found wrapped in a tarp some 42 inches beneath Amtrak railroad property near the Dutchland, Inc. water treatment plant where Smoker worked at the time of her death.

Authorities believe she was previously buried behind a business in Ronks, Pa. just off a state highway. That business was just down the road from Bird-in-Hand, where Stoltzfoos witnesses saw her walking in a tan dress with a white apron and cape. At the initial site, the girl’s blue bra and white stockings were discovered near a sliced zip tie and a disturbed pile of dirt. With the help of the FBI, local police established that Smoker’s cellular phone was in that general area for a roughly one-hour period on the afternoon Stoltzfoos disappeared.

Four additional named witnesses in the area reported seeing the red car in question that horrible and fateful day. A fifth witness provided investigators with numerous details about a suspicious car near the Ronks business–including how the driver initially left before returning later that evening, according to a probable cause affidavit.

Smoker first denied being anywhere near the area where Stoltzfoos went missing on June 21, 2020. After being arrested last July and faced with the overwhelming evidence against him, however, he eventually came clean and led police to the woman’s body.

Reporter Jamie Bittner notes that on Friday, Smoker said he was “sorry” for committing the brutal slaying of the innocent Amish woman.

“I thought I would know what to say,” the murderer said–addressing the Amish community. “But, what words can I say other than I’m sorry. I cannot undo anything that was done.”

Family rep says with their faith they believe Linda is in a better place. Linda’s parents not in courtroom not bc they can’t forgive but because “it’s just too hard to do” says rep @fox43 https://t.co/xkXkLKuihG

“We were all Stoltzfoos’s that day,” Amish community representative Sam Blank said in court, before directly addressing the killer: “the Amish Community and Linda’s family will forgive you, Justo.”