‘He Never Once Cried’: Distraught Friends React to Family’s Murder Days After They Went to Birthday Party 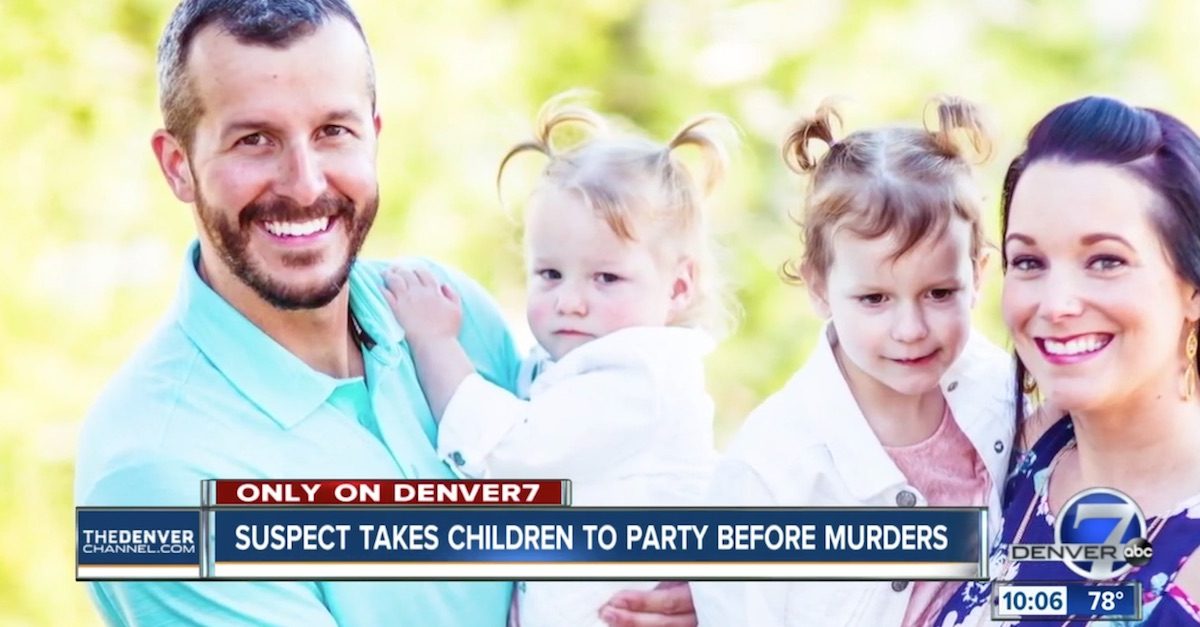 Just days before Shanann Watts and her two daughters, Celeste and Bella, went missing and Colorado dad Christopher Watts was charged for their murders, the Watts family attended a children’s birthday party at a friend’s house, a family friend said.

Jeremy Lindstrom told Denver7 that the “why” of it all is what he is struggling to understand. Lindstrom had recently hosted the Watts family at a birthday party for his son. He said that he was close to them.

Lindstrom said that alleged triple murderer Christopher Watts was the kind of guy who would help you out whenever you needed.

Now they’re saying they “feel so stupid […] trusting him to stay the night in the same house as our daughter.”

“He fooled us. And I’m so sorry. We just thought we were doing the right thing by being a good friend,” Nick Thayer added. “We were duped.”

We learned Thursday evening that authorities had tragically found what the believed to be the bodies of 4-year-old Bella and 3-year-old Celeste Watts at a property belonging to Anadarko Petroleum, their dad’s now-former employer. It was later reported that their bodies were found dead in “mostly full” oil and gas tanks. Authorities said that they believe this was done to hide the smell of decomposing bodies.

The town of Frederick, Colorado announced Thursday that investigators found two bodies they had “strong reason to believe” were the missing children. The girls had been missing since Monday, along with their mother. The bodies were found “in close proximity” to where Shanann Watts was found dead earlier Thursday.

Two law enforcement officials said Watts did admit to the killings. Authorities said Shanann was 15-weeks pregnant at the time she was declared missing Monday.

On Tuesday, Christopher Watts claimed to have no idea where his missing pregnant wife and daughters were. Whats now faces three first-degree murder charges.

Watts, 33, went on television and begged for help in finding his wife and children. The ABC 7 interview went on for several minutes. Watts looked into the camera and said “Shanann, Bella, Celeste … if you’re out there, just come back.”

"Shanann, Bella, Celeste… if you're out there, just come back," Chris Watts, the husband of a pregnant Frederick mother of 2, told Tomas Hoppough Denver7 on Tuesday, during a 7-minute interview. "If somebody has her, please bring her. … This house is not complete without anybody here. Please bring them back." Today, police officials say he confessed to killing his wife and two young daughters. Officials believe they know where the bodies are. Story: http://bit.ly/2PbRaOz

“If somebody has her, please bring her. … This house is not complete without anybody here. Please bring them back,” he continued.

Watts originally explained that they were just … gone.

The infamous interview has now been viewed more than 2.5 million times.