He Killed His Pregnant Cousin and Two Others at Family Barbecue After an Argument, Authorities Allege 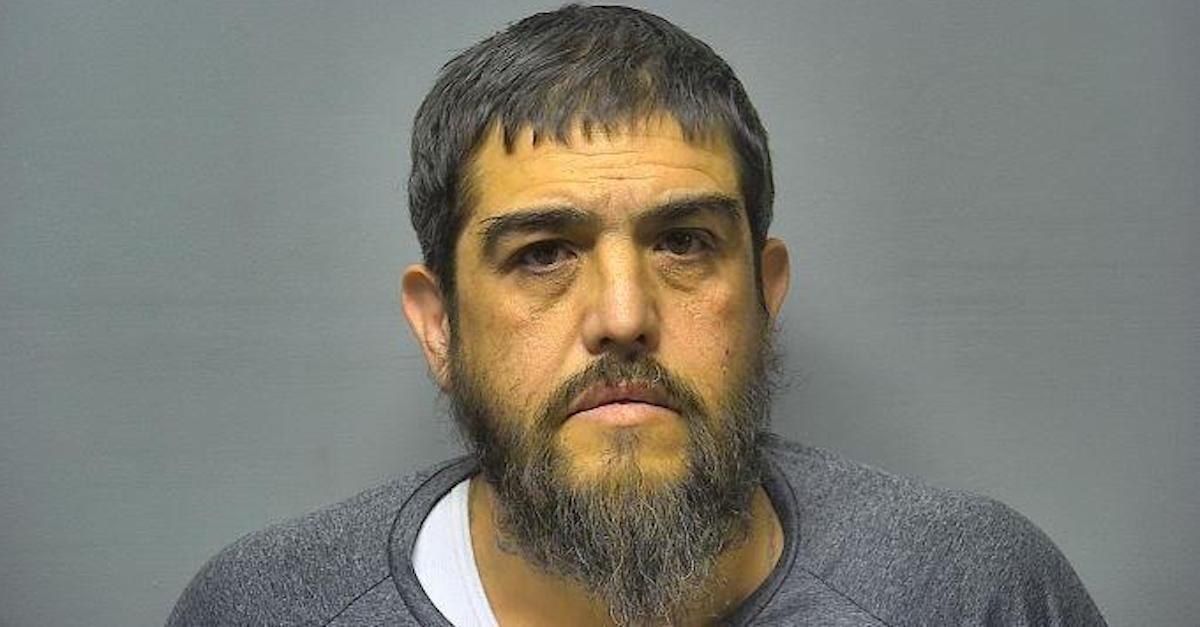 A 49-year-old Michigan man was arrested last week for allegedly shooting and killing three family members at a summer barbecue earlier this year. One of the victims was six months pregnant.

Juan Manuel Mireles was taken into custody on Friday and charged with a slew of felonies, including three counts of open murder, court records reviewed by Law&Crime show.

In addition to the murder charges, Mireles is facing four felony firearm charges as well as one count each of being a felon in possession of a firearm and carrying a dangerous concealed weapon with unlawful intent. He appeared virtually before Saginaw County District Judge A.T. Frank on Monday morning and was ordered to be held without bond.

According to a report from newspaper consortium MLive.com, Mireles is accused of fatally shooting Laura Buendia; her nephew, Mariano Escareño; and her cousin, Rafael J. “Rafa” Campos. All of the victims were reportedly 24 years old and were related to one other and to Mireles.

The incident reportedly took place at approximately 2:30 a.m. on June 5 at a residence located in the 300 block of South 11th Street. The home reportedly belonged to Buendia’s parents, who had hosted a family cookout that evening.

Buendia’s older sister, Sandra Escareño, reportedly told investigators that Mireles was their cousin, but that he was not among the family members invited to the cookout. His sister did reportedly attend the event, however.

“At some point, Mireles’ sister and another woman got into an argument and were asked to leave, Escareño said,” according to MLive. “During the dispute, Mireles’ sister telephoned Mireles’ wife. A short while later, Mireles and others came to the gathering and started shooting.”

At the time Mireles arrived at the residence, Escareño reportedly said that her sister and the other victims were in the backyard of the home cleaning up. Escareño had only been inside a short while when she reportedly heard eight loud gunshots.

Law enforcement and medical personnel responded to the scene where Campos and Mariano Escareño were reportedly pronounced dead. Buendia was rushed to a local hospital where she succumbed to her wounds and was pronounced dead. However, although she was not due for approximately another three months, doctors were reportedly able to safely deliver Buendia’s baby.

The newborn, named Rosaline L. Buendia, reportedly weighed less than three pounds when she was born and had to remain in the hospital until Sept. 13, when she was discharged to the care of her grandparents. During her hospital stay, baby Rosaline reportedly had to undergo surgery to have a shunt placed in her head to deal with a brain bleed and seizures. The child now reportedly weighs more than 11 pounds and is “doing awesome,” per Escareño.

Mireles and one of his male companions both reportedly suffered non-life-threatening gunshot wounds during the altercation.

“Saginaw County Chief Assistant Prosecutor Blair N. Stevenson said the investigation is ongoing, but as of now, evidence points to Mireles being the lone killer,” MLive reported. “He declined to state how Mireles and the other man ended up with gunshot wounds.”

Mireles previously spent time behind bars and five years on probation after reportedly pistol-whipping his ex-wife and shooting his brother in November 2010. His probation reportedly ended in August 2016.

Mireles is scheduled to appear in court again before District Judge M. Randall Jurrens for a preliminary hearing on Nov. 11.