‘Grown Man’ Allegedly Pretended to Be Teen to Prey on 14-Year-Old Girl. The Balding 47-Year-Old Didn’t Convince Her Stepdad. 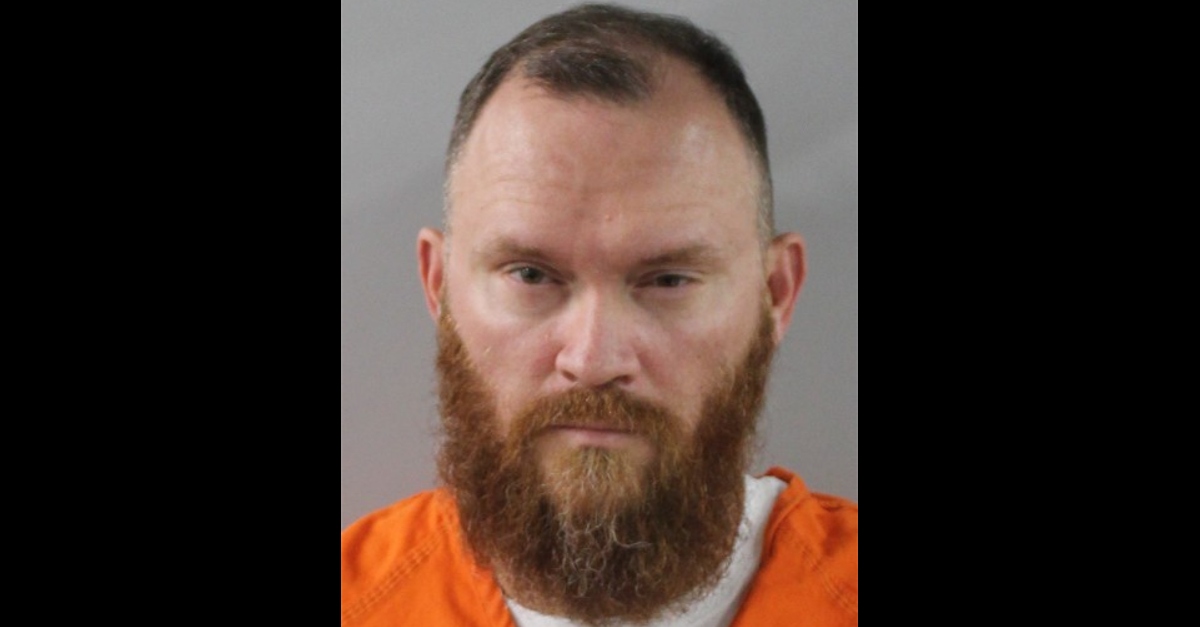 A 47-year-old man allegedly pretended to be almost three decades younger to prey on a 14-year-old girl. The child’s stepfather called him out on meeting him, say deputies in Polk County, Florida. Timothy Jacobs was charged Thursday with directing sexual performance by a child, using a computer to seduce a child, using a communication device to commit a felony, and transmitting material harmful to a minor, say authorities.

According to the probable cause affidavit obtained by Law&Crime, Jacobs and the girl met via Snapchat. He allegedly pretended to be a 17-year-old boy named “Jake” and claimed to have a 15-year-old girlfriend named “Ellania.”

VICTIM confided in Jake about her previous relationship with REDACTED, which Jake advised they (He and REDACTED) were best friends. Jake also stated he was the youngest of all his siblings, his dad had passed away from cancer, his mom was in her 70’s, and that he had siblings in their 40’s but had specifically mentioned one who was 25 years-old, that he advised was “Sam”.

Jacobs claimed to have broken up with this Ellania, and that he turned 18, deputies said. He allegedly engaged in an illicit online relationship with the 14-year-old girl, in which they exchanged sexual images via Snapchat. The girl confronted him about his calls coming in without caller ID, but he insisted his strict mother put limitations on his phone so that only certain people could text him or see his phone number, according to the affidavit. Telling the girl she was not able to text him, Jacobs insisted that they had to keep communicating through Snapchat, authorities say.

Around the end of May 2020, Jake had confronted VICTIM by asking if she had ever sent any type of nude photo, or had sex before. VICTIM advised Jake she hadn’t.

VICTIM also stated she had sent over 100 images to Jake, and Jake had also sent her approximately the same amount in return (it was noted, not all of these images exchanged were of explicit material). VICTIM further advised Jake exposed his penis to her in several photographs he sent her.

This came to an end on Oct. 17, 2020, deputies said. Jacobs told the girl he wanted to come by her home. The 14-year-old asked her mother, who said it was fine and that she wanted to meet “Jake” as well, deputies said. The girl waited outside her home with a man. (The affidavit describes him as the mother’s boyfriend during the 2020 incident, while the sheriff’s office statement said he is her stepfather.) The man called out “Jake.”

VICTIM stated she was already outside of her house with her mother’s boy-friend, REDACTED waiting for Jake to arrive.

While speaking with REDACTED about the incident, REDACTED advised during this time, he reached out to shake Jake’s hand and noted Jake was taller than he was, with a 5 o’clock shadow and described the handshake as “a man’s handshake”. REDACTED further advised he looked Jake in the eye and knew this wasn’t a child or a teenager, it was a grown man. REDACTED further advised during the handshake Jake had leaned in and stated to him “My name is not Jake, my name is Tim Jacobs, my middle name is Jake”. REDACTED stated that he pulled his hand away and told VICTIM to go inside and advised “this is a grown man”. Jake then got into the Jeep and left the residence.

The investigation allegedly revealed that Jacobs was not only a grown man, but had a wife and children.