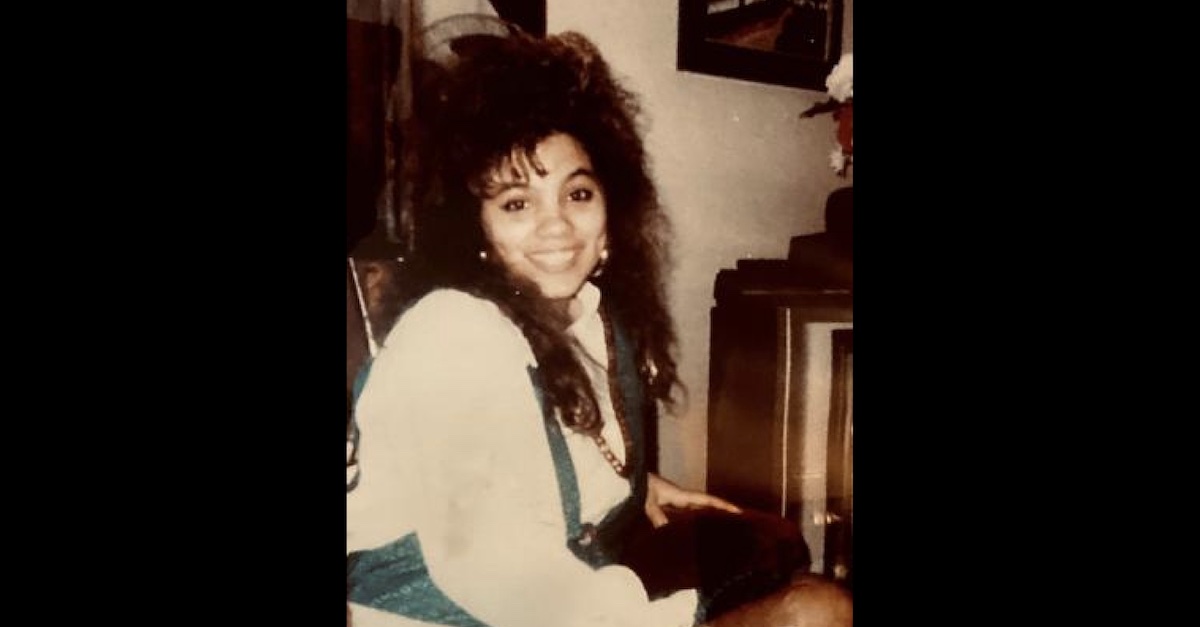 Authorities in Massachusetts say they have finally figured out who shot and killed 17-year-old Patricia Moreno more than 30 years ago outside of her foster family’s apartment. The Middlesex District Attorney identified the murder suspect as 48-year-old Georgia man Rodney Daniels, who was indicted on Wednesday by a Middlesex grand jury.

At the time of the July 20, 1991 shooting in Malden, Mass., Daniels was the boyfriend of a teenage girl identified as the daughter of Moreno’s foster mother.

“On July 20, 1991, just after 3:00 a.m., police responded to the third floor apartment at 21-23 Henry Street, Malden, where the 17-year-old victim, Patricia Moreno, was found with a single gunshot wound to the head. Patricia had been living at this location after being placed with a foster family. The investigation revealed that the victim’s foster mother, her two teenage daughters and her daughter’s boyfriend, Rodney Daniels, were also present in the apartment,” a press release from the DA’s office said.

DA Marian Ryan said that this was a case that was solved due to classic detective and investigative work, not technological advances in forensic science.

“After three decades we have taken the first steps today to hold accountable the person who we allege took Tricia’s life. It is always with mixed emotions that we make these announcements as we know this will not fill the void caused by the loss of a daughter, a sister and a friend to many. I do hope, however, that it brings hope to some of the families who are still awaiting answers,” Ryan said in a statement. “This is a case that was solved not by a new development in forensic science, but as a result of relentless investigative work and a change in circumstances for some parties involved. When we created a dedicated unit to look at our uncharged cases, we hoped for outcomes like this one. We know that time can change many things and in this case we were able to uncover new information that led us to this arrest.”

Authorities alleged that Daniels’ story about the shooting was that he was asleep in an armchair in the living room when two shots rang out. Investigators said that decades of investigation — and the culmination thereof — cuts firmly against Daniels’ explanation of what happened.

The DA’s office said that the suspect had multiple pistols at the time of the slaying and that he threatened Moreno “in the weeks before her death.” In addition to this, authorities credited the break in the case to a recent reconstruction of the crime scene and the interviewing of a key witness who had lived outside of the U.S. for an unspecified “extended period” of time:

In 2020, after the case had been assigned to the Middlesex District Attorney’s Office unit dedicated to these types of uncharged cases, crime scene investigators returned to 21-23 Henry St. and reconstructed the position of the victim on the third-floor fire escape. Based on the position of the entry wound and the downward trajectory of the bullet, the path of the bullet was consistent with having been fired by an individual standing in the area of the doorway to the apartment, where the victim had resided with her foster family, and where Daniels had been staying that evening.

As investigators continued to search for new information, they began re-interviewing witnesses and were also able to locate a witness who had been out of the United States for an extended period. That witness, who lived in the second-floor apartment at the time of Patricia’s murder, revealed that on the night of the murder the witness had been awakened by a loud noise and immediately looked to the fire escape. The witness was able to provide a physical description of the party, which was consistent with the appearance of Rodney Daniels, and described the party immediately retreating into the apartment and closing the door behind him.

Fulton County, Georgia jail records reviewed by Law&Crime showed that Daniels was booked as a fugitive from justice on Sept. 27. Records said he stands at 5′ 5″ and weighs 225 pounds. Daniels was released into the custody of U.S. Marshals on Sept. 29. His arraignment in Massachusetts was scheduled for Thursday.