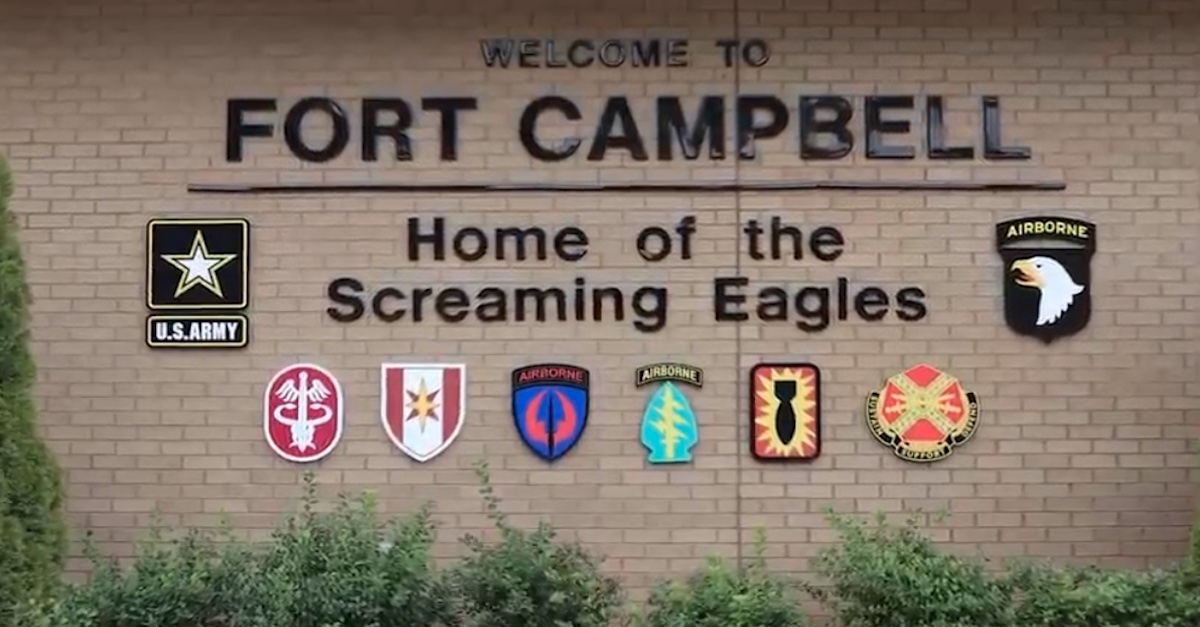 A soldier at Fort Campbell, Kentucky is facing murder charges following the death of his pregnant wife.  Meghan Santiago reportedly suffered a brain stem injury and spent more than a week on life support.

Sgt. 1st Class Joseph Santiago, a signal support systems specialist, has been charged with the murder of Meghan, Stars and Stripes reported Wednesday while citing Army officials.  Stars and Stripes is an independent newspaper published by the Department of Defense.

I talked with Meghan Santiago’s family and friend. Yesterday, Meghan was taken off life support. Her husband was charged with Meghan’s murder and injury of an unborn child. Meghan was 8 months pregnant. The newborn survived. pic.twitter.com/WiXywQpUds

The defendant Santiago, 33, has also reportedly been charged with injuring the couple’s unborn child.

According to Tampa, Fla. CBS affiliate WTSP, Meghan, who grew up in Tampa, was 32 weeks pregnant at the time of the incident.

The Army did not say how or when Meghan died, according to Stars and Stripes.  However, according to an unnamed Army source, the woman suffered a brain stem injury that left her on life support. She was 33 years old.

One Facebook user who appears to have known Meghan said that Meghan’s unborn baby “miraculously” survived.

Santiago was first taken into custody on Sept. 28, one day after the incident, according to the Stars and Stripes report.  It also indicated that Santiago was being held at the Grayson County Detention Center in Kentucky.

A review of that facility’s list of inmates did not include Santiago. A person who answered the phone at the center told Law&Crime that Santiago was no longer at that location but did not provide any additional information.  It is unclear when and why Santiago was moved from the Grayson County Detention Center.

The Fort Campbell public affairs office could not be reached for comment by Law&Crime after multiple attempts.

“Meghan’s death is a tragedy. Our thoughts and prayers are with her family and friends,” said Col. Brent Lindeman, according to Stars and Stripes. “This tragic event has shaken our entire unit. We take all allegations of domestic violence seriously, and we will provide every resource to ensure a thorough investigation.”

Stars and Stripes also reported that the Santiago’s two other children were placed in the temporary custody of the Tennessee Department of Children’s Services.

As of the time of this report, Meghan Santiago’s Facebook page was still accessible. She apparently hadn’t posted since January 2018, but she had previously posted many pictures of her and her family, including two young children.

“I’ve never smiled as big as I do with Joe,” Meghan commented under a picture from 2013 showing Joseph Santiago kissing Meghan’s head. “[H]e is my whole world,” she also wrote.